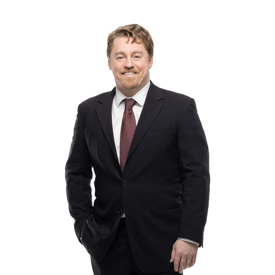 Named one of Canada's Top Under 40 Investment Advisors by Wealth Professional Magazine, Joseph Bakish has built his career by putting the best interests of his clients at the forefront of his objectives.

Joseph Bakish has a long track record of high achievement. He graduated Academic All-Canadian in 2005 from McGill University with a B.Sc (Biochemistry major/ Management minor) where he won the Dimock-Meloche Award for excellence in academics, athletics and team building and was involved in Varsity Swimming. Committed to continuing his education, Joseph earned the Chartered Financial Analyst (CFA) designation in 2012, recognized as the gold standard for the global investment industry. In addition, he holds the Chartered Life Underwriter (CLU), Certified Financial Planner (CFP, outside of Quebec) and Certified Health Insurance Specialist (CHS) designations.

In 2005, Joe joined Investors Group, where he twice received the Pillar award recognizing outstanding early career growth; he also teamed up with his brother, Nick Bakish. In 2015, the pair moved to Richardson Wealth to provide Bakish Wealth clients with a wider universe of investment options, better technology and more transparency and clarity regarding cost and performance. Coming from a family of scientists & physicians, Joe specializes in dealing with the wealth complexities physicians face, & has successfully made the counsel of healthcare professionals a cornerstone of his practice.

Joe is actively involved in promoting educational seminars called 'From Resident to Retiree', in which he provides financial advice & literacy seminars to both the ARM (Association of McGill Residents) & the McGill faculty of Dentistry.

In addition, Bakish Wealth was selected to partner with CMEatSEA, Canada's largest cruise retailer based in Vancouver, British Columbia, a company that prides itself providing for-credit educational courses aboard spectacular cruise ships. Joseph is the official sponsor & has presented his seminars on Wealth Management & Preservation to over 400 medical residents & physicians in later stages of their careers. He has thus presented his financial literacy courses in over 15 countries (including Canada, the United States, Italy, Israel, Spain, Mexico, Panama, Bahamas, Columbia, Guatemala, Costa Rica) to the OMA (Ontario Medical Association), the CPA (Canadian Psychiatric Association), CADDRA (Canadian ADHD Resource Alliance), & the 2019 Chronic Disease Management Update.

In the past, Joe was very active in the financial community as a volunteer for the Financial Planning Standards Council to mark and design exam questions for the CFP examination and served on the board of the Financial and Estate Planning Council of Montréal, a pillar of advanced financial education in the community. He was also very involved in his local community as President of the Citizen’s Association of Sainte-Anne-des-Lacs Citizen’s Association and Treasurer of a prominent youth club to promote athletics and strong values. Currently, he has now given that all up to focus on the most important thing to him: raising his three children with his wife, which he considers a full time job on its own! However, philanthropy remains close to his heart: his two favourite causes are the Jewish National Foundation’s Climate Solutions Prize and the McGill University Health Centre’s Dream Big campaign, which raises money for research into solving antibiotic resistance and curing infectious diseases. 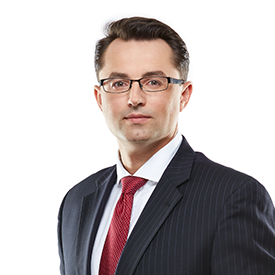 With his more than 15 years of experience in the investment and financial planning field, Max brings tremendous value to our team as a Portfolio Manager, Certified Financial Planner (outside of Quebec) and Chartered Life Underwriter (CLU). Max's firm grasp of planning software and his focus on tax planning and retirement analysis provides integrated and customized solutions to help us manage our clients’ overall financial pictures. In his free time, you can find Max reading, hanging out with his kids, and staying active doing cross-fit. 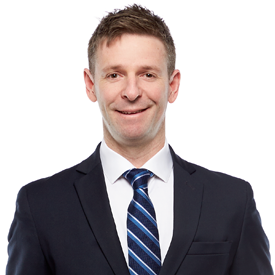 Gord Kennedy brings more than a decade of exceptional financial planning experience to the Bakish Wealth team. Over the course of his career, he developed a unique ability to understand the wants and needs of high net worth families, small business owners and medical professionals – and translated those goals into an adaptive plan.

After earning a B.Comm in Economics from Ryerson University, Gord entered the publishing industry including a stint at a manufacturing trade journal. It exposed him to the world of entrepreneurship and small businesses. In 2008, he joined a major Canadian financial firm where he established a reputation for thoughtful client service and comprehensive financial planning, receiving numerous awards of distinction and working with a select group of wealthy professionals and families.

As Joseph and Nick’s brother-in-law, Gord has known the Bakish family for 20 years and watched as they moved from their predecessor firm in 2015 in order to tap into the comprehensive suite of resources services offered by Richardson Wealth. Drawn by Nick and Joseph’s experience, Gord joined Bakish Wealth in 2020 to provide clients with access to an expansive set of investment tools and expertise while leveraging the resources Canada’s leading independent wealth advisory firm.

Gord lives in Toronto’s community-focused Beaches neighbourhood where he loves spending time with his wife and their three kids. Gord stays active through sports, cycling and coaching several hockey teams. He also likes reading biographies and books on finances. 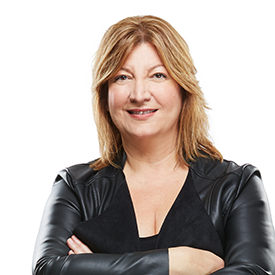 Chrys Stamatakos has experience in the banking & investment sectors for over 35 years. Chrys handles our clients’ Insurance servicing needs & administrative tasks. Her professional and personal approach is a great asset – one which is appreciated by our clients. She is a dedicated and committed member of our team ready to lend her support to both clients and colleagues. In her free time, Chrys enjoys gardening, reading for her book club and spending time with her husband & teenaged daughter. 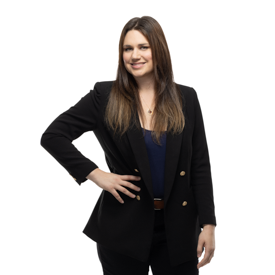 Connie Gallant has worked in multifaceted roles in the Communications field for over twelve years. Previously employed in the National Defense and Engineering sector, she decided to change lanes by joining the Bakish team doing their Business Development. She is committed to client excellence & coordinating dynamic client/marketing engagement opportunities for the team. She also happens to be Joe Bakish’s wife and mother to their three young children (including a set of twins) that keep her life very busy! In her (very limited!) free time, she can be found devouring architectural magazines, practicing her carpentry skills, and preventing her four-year old twins from drawing on the walls. 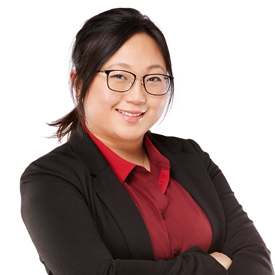 Siwei Liu is an enthusiastic and reliable professional with strong organizational and time management skills. Trilingual in English, French, and Mandarin Chinese, she is very customer oriented and passionate towards servicing clients to help achieve their financial goals. Graduated from McGill University in B. Comm and with almost 10 years of banking experience, Siwei is efficient and very knowledgeable in providing financial solutions for clients and small business clients in their every-day banking, investments, and lending. Siwei has obtained her CSC (Canadian Securities and Conduct & Practices Handbook) and CPH courses, so she can assist in the management of clients’ accounts. She also oversees daily transactions and makes sure they are compliant with Richardson Wealth standards. In her free time, Siwei enjoys playing piano, snowboarding and spending time with her husband and three-year-old son.