A difficult year for Canada and the Loonie

“Hilliard’s Weekend Notebook” celebrated its one-year anniversary in December 2015. A review of the most popular weekly posts shows that the Loonie, Canada’s housing bubble, Canadian banks and the energy sector meltdown generated the most reaction. Here’s an update on those topics and forecasts for an unpredictable 2016.

In 2015, the top Canadian financial news stories were the Loonie swan dive and energy sector collapse. Although not a top news story, Weekend Notes on the Canadian banks, elicited substantial interest, but there weren’t any major developments in that sector yet. Canadians’ largest positions in the stock market are concentrated in the Canadian banks, which explains the interest.

Bank shares declined by an average 5%, ranging from the best performer TD, which was flat, to Alberta-based Canadian Western Bank declining by more than 25%. TD outperformed (declined the least) probably because of that bank’s heavy exposure to the U.S. The impact from loan losses in the energy sector and associated household debt problems will be a major story next year.

Past weekly notes discussed the energy sector, and concluded that the space will decline for an extended period. I opined that energy companies’ share prices weren’t cheap enough in November 2015. For example, a favourite for investors, Suncor, was down only 1% on the year, compared to the S&P/TSX, down 9% and the Energy Sector, down 25%. This relative strength is amazing, given the decline in WTI.

The failure to gain approval for the Keystone pipeline expansion, the December Paris Accord, the election of an NDP majority government in Alberta, and the imposition of a carbon tax loom large as headwinds for the sector. The conclusion, that energy share prices are not yet a bargain, remains correct. Looking ahead, the failure of a few large oil and gas companies to repay their debts will be a top story in 2016. 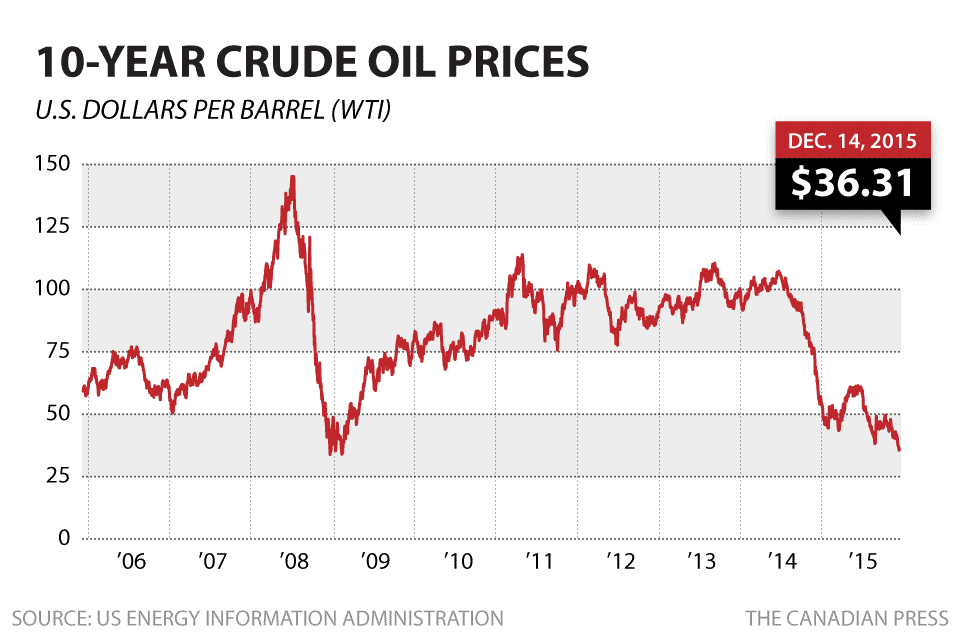 Another popular story was the plummeting value of the Loonie as it hit levels rarely seen in history against its benchmark U.S. dollar. The correlation between the Loonie and the price of crude oil is high and there isn’t any sign of a rebound in WTI yet. The Loonie reached a peak level in June 2014 of .94 of a U.S. dollar, when oil was $100 and ended 2015 around .72 U.S. dollars, when oil touched $36. The crude oil story is unlikely to remain a top story but the ripple effects will. The weakness in the Canadian currency could continue as the Federal Reserve hikes rates and the Bank of Canada stands pat or even cuts rates. It wouldn’t be a surprise to see the Loonie in the mid-60s.

Household debts reached a record high due to Canada’s love affair with home ownership. The fallout from the housing bubble rates to be a top concern in 2016 as the house price correction already underway in Alberta spreads. CMHC has raised concerns, making minor changes to down payment rules. The Bank of Canada issued a warning, again. All these concerns are valid as there isn’t any record of an economy where household debt grew so rapidly without a subsequent period of weak economic activity and/or a financial crisis. 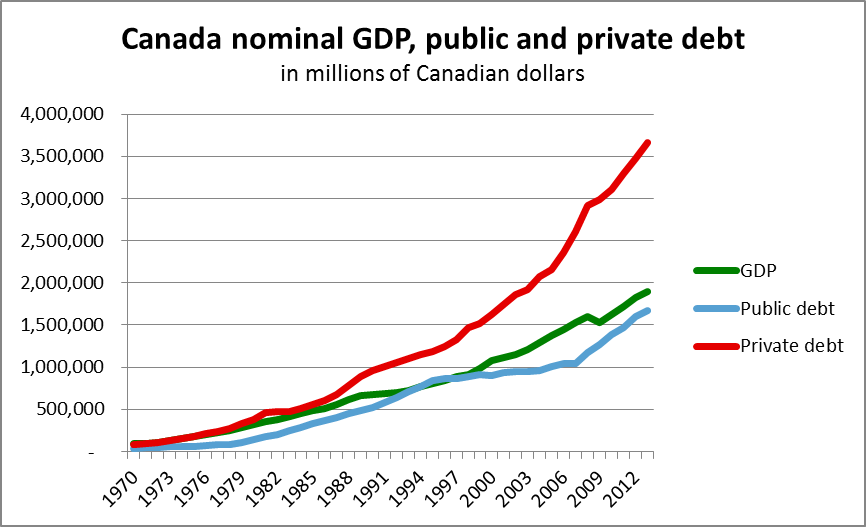 For 2016, expect frequent reports about weakness in Alberta and how that is impacting the Canadian economy and the financial sector. The widespread belief that Canada’s problem are confined to Alberta will be proven wrong. Rising U.S. interest rates and their impact on currencies, stock markets and bond prices will be a top Canadian story if the Loonie weakens further.

Remember that major buying opportunities appear when the news flow is at its most negative point and when investors are fearful. 2016 will be an interesting year.