The demise of the shopping mall is imminent

The demise of the shopping mall is imminent. As the holiday season ramps up, the retail sales numbers will show that online purchases are gaining, again this year, over “bricks and mortar” sales. Some smart people believe that the automobile trip in bumper-to-bumper traffic to a massive mall complex will be replaced eventually by a couple of keystrokes on a smartphone followed by a delivery a day or two later.

Is the North American shopping mall a dinosaur that’s about to become extinct?

About six years ago I was in New York attending a Credit Suisse research conference when one presenter, a retail merchandising sector analyst, said that retail store space was overbuilt in North America. He suggested that the overhang of retail space was a serious problem that would be corrected by a halt to new construction and growth in the economy. However, a year later, the same analyst reported that, to his amazement, the construction of shopping space had continued unabated and now the glut was even larger. When asked how the excess space would be absorbed he predicted that bankruptcy for many large retailers would be the only way out. He was right.

Since then I’ve been careful not to invest in anything connected with that sector. But I’ve been watching closely as online shopping, not a big factor six years ago, has gained in importance. Online shopping is growing exponentially allowing the consumer to avoid those car trips. Amazon’s share price tells the story. Since 2008 AMZN rose from US$50 to today’s level - over US$660. I wish that we’d bought it. As you can see from this chart the share price gains have been even more rapid since about 2014. Online shopping is gaining ground. 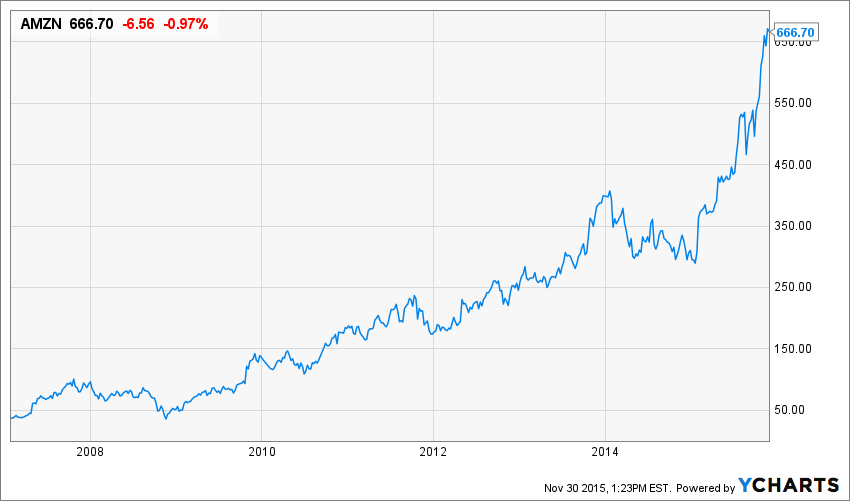 In the United States there are about 1,200 enclosed malls, according to an article by Alana Semuels in The Atlantic in March 2015.

Suburban malls are dying. About 1/3 will be gone, if they haven’t already disappeared. The U.S. has twice as many square feet per capita as the rest of the world and six times as much as Europe. Americans, and Canadians presumably, are looking for urban centres that are walkable. 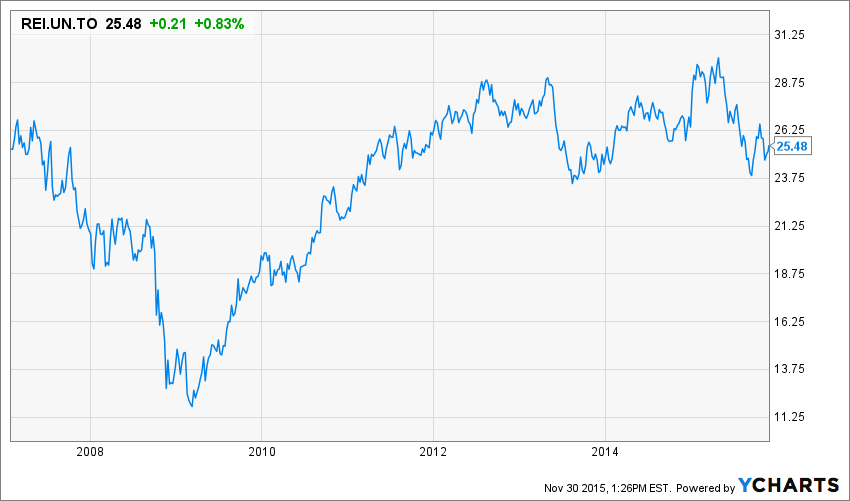 So RioCan is taking a new tack, moving into development of residential housing. In their view, vast amounts of land from underutilized and vacant shopping areas provide room to expand into building rental apartments. RioCan developed 11,000 units in 2015 and expects to develop 8,400 units in 2016, a substantial portion (about 5%) of Canada’s projected 175,000 new housing units. Here is their investor presentation.

Unfortunately for shopping mall owners using residential housing as a new business line, residential housing is as overbuilt as shopping centres. RioCan is smart to build rental units rather than adding to the condo oversupply, although these markets overlap to a degree.

But housing development won’t be enough to absorb all that excess space. More creative ideas for using the land freed up by the demise of shopping centres are needed.