Banking and financials dominate the TSX

The most heavily weighted sector in the S&P TSX (TSX) by far is the sector known as Financials. This category, which includes the Canadian banks as its largest sub-sector and includes life insurers, comprises 35% of the total value of the TSX as of August 31, 2015. Is such a large weighting in one sector justified? Can it continue?

This enhanced concentration occurred in spite of the Banks component of the Financials sector performing poorly during the first eight months of 2015. The largest bank, the Royal Bank of Canada (RBC) experienced a decline in its share price of 10.5 percent, 2 percent more than the TSX itself.

As the second largest sector, Energy, slipped from 22 percent of the TSX in January to 20 percent at August 31 the Financials gained from 33.2 percent to 35.1 percent. It appears that investors fled the volatility of oil and gas companies to perceived safety in the Financial sector. Materials weighting declined even more than Energy, from 11.6 percent to 9.1 percent.

Year-to-date returns in Financials, Materials and Energy to August were all negative:

So the increased weighting in the Financials sector might be just a matter of prices declining more slowly. But it’s likely that this pronounced shift involves investors exercising a preference. Is choosing to buy more bank shares now a good idea? One way to check that is to look at other stock markets.

Directly comparable investments exist in the US, Europe, Australia and the rest of the world.

Australian banks offer a good benchmark because Australia’s economy is similar in size to Canada, depends on natural resources, there is a housing market bubble and a small number of banks dominate the lending business.

This chart shows how Australian banks compare to banks and to stock markets in the rest of the world: 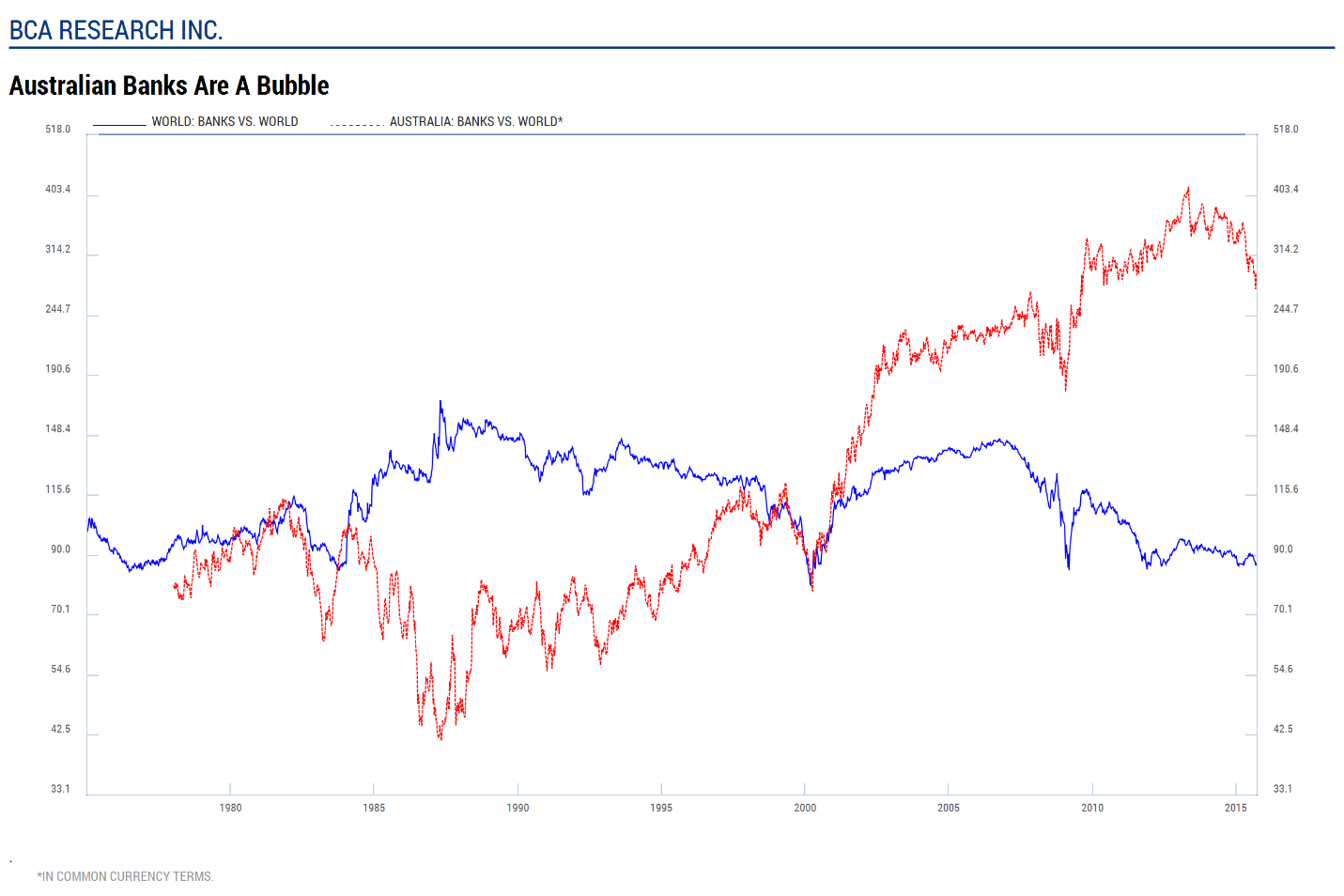 The Financials sector in Australia carries more than 30 percent weighting in that market. So Canada and Australia both have an unusual concentration in financial companies. Like Australia, Canadian banks benefitted from a resource boom and a housing bubble, both conditions that might start to unwind soon. In the case of commodity pricing that process has already started. 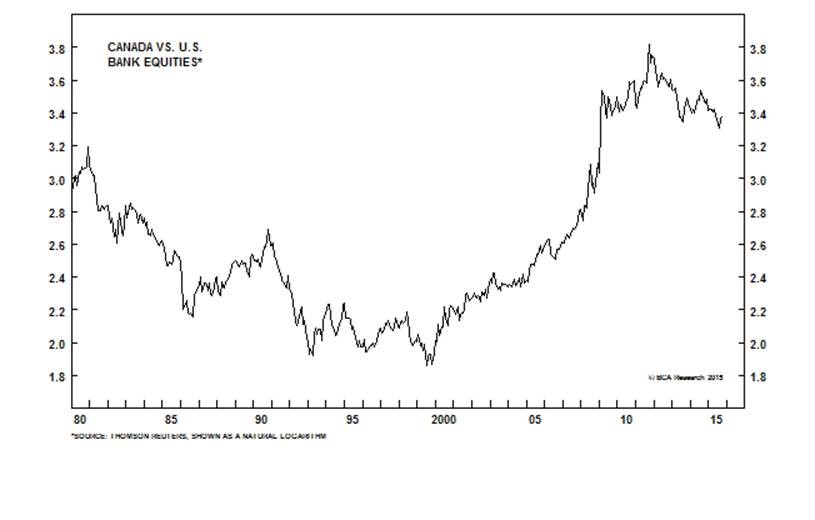 As you can see, Canadian bank equities are much more expensive than their US peers. Relative valuation doubled from a low point in 2000, only reversing a small part of that move in the last couple of years. This most rapid change in relative value came during 2008-2010 when the US housing bubble burst, dragging US banks’ valuation down by 80 percent.

The common economic factors for Australia and Canada are housing bubbles, rapid growth in household debt and dependence on commodity-related exports such as oil and gas, coal, base metals and iron ore.

Canadians (and Australians) would be better off seeking equity investments outside of their local bank and financial sectors. See my Weekend Notes from February 2015 that discuss Canadian bank valuations and prospects.