People are often irrational; sometimes to a dangerous degree.

Canadians that have read When the Bubbles Burst: Surviving the Canadian Real Estate Crash won’t be surprised to learn that there is scientific proof that investors and economic decision makers don’t behave rationally when it comes to the stock market, personal borrowing and real estate. There are a couple of books on this fascinating topic that I can recommend for further summer reading, once you’ve finished When the Bubble Bursts.

What drove me to write When the Bubble Bursts was my growing alarm when I noticed a disturbing trend among Canadian investors and borrowers. Many Canadians (and others in the world) have developed an irrational belief that house prices always go up. Their trust in real estate leads them to undertake risky behavior, especially in their borrowing, that will cost many people huge sums of money. A small but significant number of Canadians will lose all of their retirement savings because of this delusion. A similar catastrophe happened just a few years ago in the US and several other countries around the world including Spain and Ireland.

In researching housing bubbles I read dozens of books over a two-year period. Among those books I found some gems that are very helpful in understanding the phenomenon of blind faith in real estate and the associated tendency toward taking on excessive personal debt. The index to my book and endnotes include references to many other excellent books, such as “House of Debt” by Mian and Sufi and “Debt: The First 5,000 Years” by Graeber.

One is Irrational Exuberance: Revised and Expanded Third Edition 2015, by Robert Shiller. Professor Shiller of Yale won the Nobel Prize in Economics in 2013 and presented a paper called “Speculative Asset Prices” for his acceptance speech. The Nobel Prize was awarded because of his work on his proof that asset bubbles occur, in stock markets and housing markets, and cannot be explained either by economic theory or by the business cycle. Basic economic theory still taught in universities asserts that speculative asset bubbles cannot happen, if one accepts all of the unrealistic assumptions of the theory.

In Chapter 3 called “The Real Estate Market in Historical Perspective,” Shiller describes how the last two decades are unique in the history of real estate worldwide. No incident similar to the 2005 US housing bubble and ensuing crash can be found at any other time in human history. A recent re-read of that chapter took me about 30 minutes, a valuable investment of one-half hour.

The second book is called Thinking Fast and Slow (2011) by Daniel Kahneman. Kahneman won the Nobel Prize in 2002 for his work on decision making.

Kahneman is a Professor of Psychology at Princeton who learned that economists assume all human behavior is rational when it comes to economics, finance, house purchases and stock markets. When he got over his shock at discovering that economic theory rests on such ludicrous assumptions, he started researching human decision-making in financial matters. A few excerpts from his findings are quoted in my book but I would encourage everyone to read the entire book. It is fascinating. Here is an example:

On page 262, Kahneman discusses “overconfident experts,” pointing out that people and organizations that rely on “optimistic” predictions suffer “costly consequences.”

Kahneman goes on; “Optimism is highly valued, socially and in the market; people and firms reward the providers of dangerously misleading information more than they reward truth tellers.”  He describes how his research showed that “the most overconfident experts were the most likely to be invited to strut their stuff in news shows.” Can we remember this conclusion when we watch the ‘experts’ interviewed on televised financial news shows? Or when we hear bank CEOs and economists assert that there is no housing bubble?

Thinking Fast and Slow is filled with thought-provoking revelations that I did not find anywhere else. 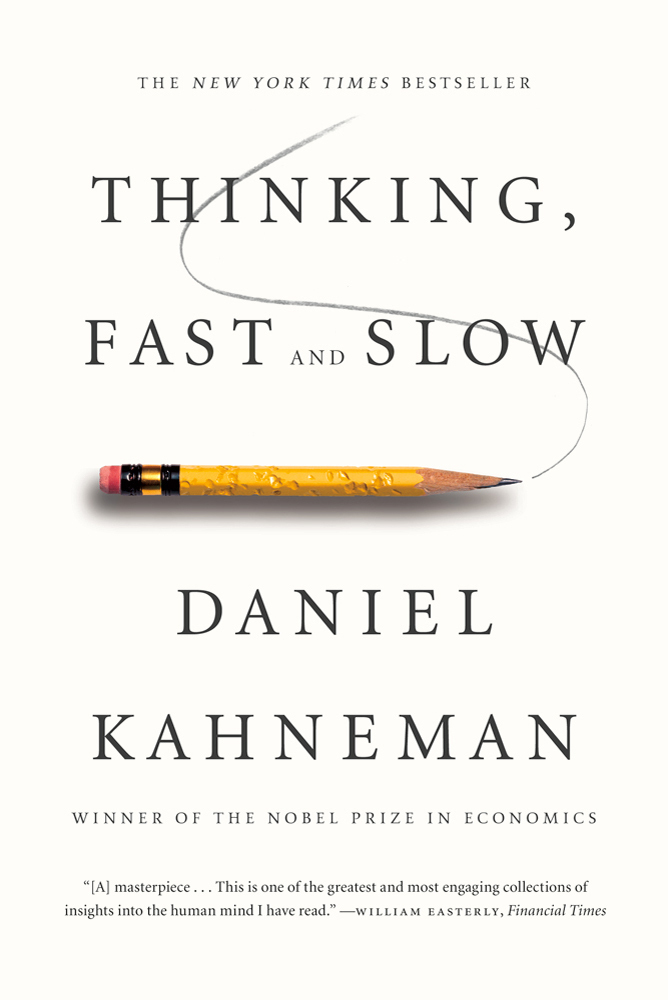