Inflation is not going away any time soon

Inflation as measured by the CPI is moderating but it is not likely to hit the Federal Reserve target of 2 percent soon, despite a widespread and growing belief to the contrary.

A popular narrative about inflation: The surge was caused by the war in Ukraine, COVID relief government spending and supply chain disruptions and, therefore, inflation will disappear as those triggers fade away.

But these narratives ignore some key facts about inflation and serious flaws in how inflation is measured.

As has been discussed in previous posts, the cost of shelter is the heaviest weighted component in CPI but is often ignored. Shelter rose at 0.8 percent for the month, while CPI gained 0.3 percent.

Blair Fix, political economist and author has done some interesting research on inflation.

His post from a year ago: The Truth About Inflation and a recent update on inflation here: Inflation - Everywhere and always Differential.

Blair is a political economist with a PhD from York University in Environmental Studies. He is skeptical about much of mainstream economics.

The real story of inflation is much more nuanced than these popular narratives.

For example, Fix points out that Milton Friedman declared that inflation is “always and everywhere a monetary phenomenon”. This leads people to blame inflation on government spending and printing money to pay for it. But that’s a poor description of how inflation really works.

Here is a chart prepared by Fix that shows how wrong that view is: 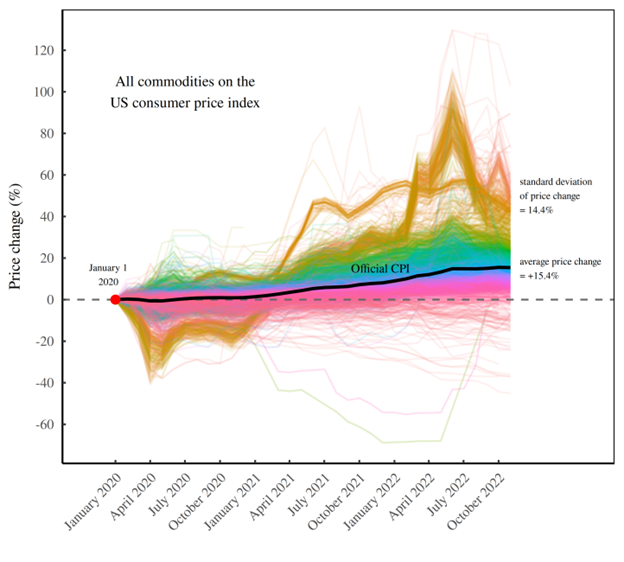 With a standard deviation of 14.4 percent and an average of 15.4 percent official CPI is not very useful because of the wide variation among components.

The CPI is constructed using a basket of goods and services, with prices recorded to make an index which is calculated monthly. Weightings are assigned to components of the basket to signify the importance of each component for the average consumer. The largest weighting is called “Shelter” at 32%. Shelter represents the cost of accommodation, but it does a poor job of that most of the time and is especially flawed during a housing bubble as house prices are not included in the index.

In the CPI number for December, the Shelter sub-index bucked the trend to lower inflation, showing acceleration for the month and year-over-year.

The cumulative average changes for 12 months: 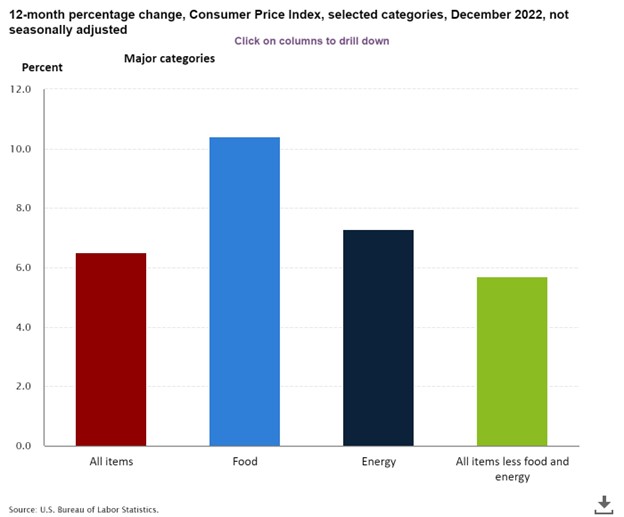 Wage inflation (not in CPI directly) will pick up, as there is a substantial time lag on demands for higher pay. The cost of living has risen a lot since 2020: 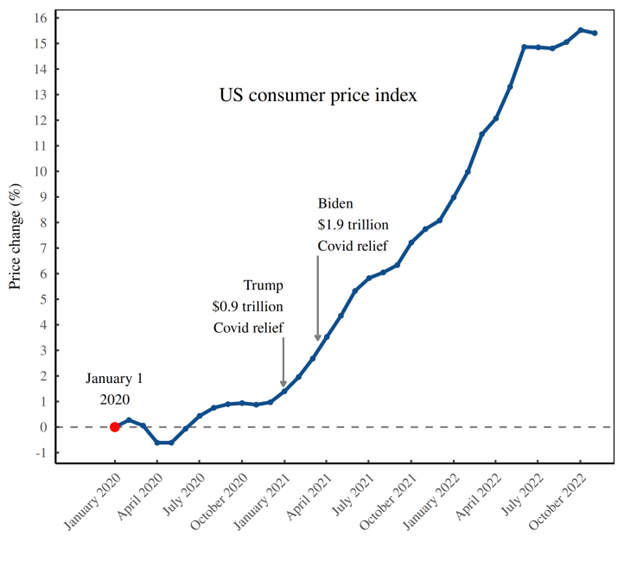