A breakthrough in fusion energy could change the world

Commercial fusion energy would change the world. This week U.S. researchers showed that more energy could be produced by fusion than was used in the process. This is called a “net gain”.

Is this the energy breakthrough the world was waiting for?

Fusion promises to provide a source of energy that is plentiful and cheap, with no radioactive waste or expensive feedstock.

In a conventional nuclear reactor that generates heat to make steam to make electricity the atom is split, releasing energy and heat. That is fission and produces radioactive material as a byproduct.

In inertial confinement fusion, hydrogen atoms are combined to create abundant energy. There is no shortage of hydrogen in the world. A glass of deuterium-tritium (D+T), a kind of hydrogen found in water, could power an electric vehicle for 35 million miles, according to Edward Stanley from Morgan Stanley.

The holy grail has been to create more energy with fusion than is used. This week’s announcement surprised the world when scientists claimed a ratio of 1.5 to 1 in energy produced over energy used, higher than the previous record of 0.67. The energy used comes from high-powered lasers that are used to heat the bb-sized fuel pellets to temperatures as higher than 100 million degrees, much higher than the temperature of the core of the sun. By the way, the unlimited energy that is produced by the sun is also a fusion reaction.

Jennifer Granholm, Energy Secretary in the Biden administration, made the announcement along with the scientists, led by Dr. Kim Budil, from Lawrence Livermore National Laboratory in California.  At the National Ignition Facility (NIF), the world’s most powerful lasers are used to produce fusion.

The NIF centre was seen by moviegoers as it appeared in the film set for the movie, “Star Trek into Darkness” in 2013. This facility is over 20 years old. 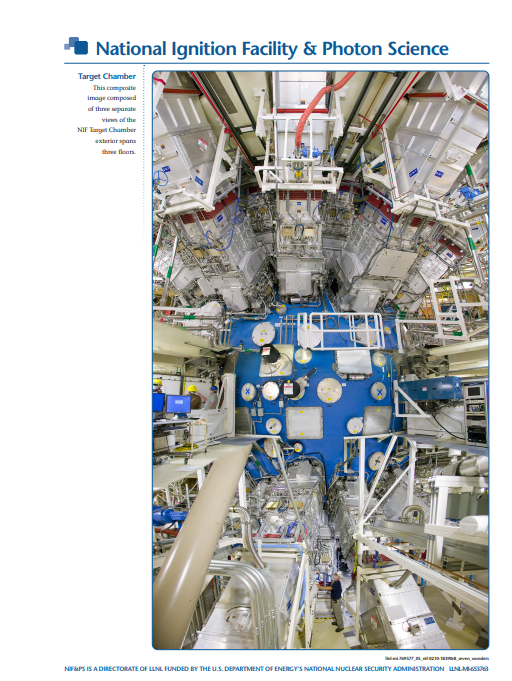 The process used 192 lasers to heat a pellet to 150 million degrees Celsius and compress the fuel. The amount of energy used was two megajoules and yielded three megajoules. This experiment took a few billionths of a second on Monday, December 5, 2022.

Fusion energy is clean, with no carbon emissions.

Commercialization could be a “few decades” away, according to some scientists. See the press conference here.

The private sector is interested in the huge potential for this fusion process. According to a Bloomberg article about 35 startups are underway, backed by investors Jeff Bezos (General Fusion Inc), Bill Gates (Commonwealth Fusion Systems) and Peter Thiel (Helion Energy).

If fusion energy becomes commercially viable, its market value could be as high as $40 trillion, which compares to the total U.S. stock market value of about $60 trillion today.

The weekend note will return in early 2023 after a holiday break.

Best wishes to all readers for a happy holiday and a marvelous new year!