The Bernanke Nobel Prize should have gone to a different economist

Ben Bernanke, then-chair of the Federal Reserve, made his wrong prediction about real estate in a 2005 interview, just a year before the collapse in house prices in the US. The collapse in housing and subprime mortgages triggered the Global Financial Crisis (GFC) from 2006 to 2009.

In October Bernanke was awarded a Nobel Prize for his work on “how societies deal with financial crises.”

Here is an excerpt of an interview in July 2005 where Bernanke made his prediction:

A short time later the housing bubble burst, and many homeowners defaulted. Prices nationwide declined about 40 percent from 2006-2010. The movie “The Big Short” follows some people who could see the housing bubble and tried to make money by doing short sales that will pay off if the bubble bursts. In the movie “experts” at Goldman Sachs are seen laughing at Michael Burry for wanting to short securities related to the housing market.

Since the publication of “When the Bubble Bursts” in 2015 I’ve learned that it is hard to convince people that there is a bubble. People would much prefer to believe that it is normal for house prices to rise at 7.5% annually for two decades. They believe, like Bernanke did, that the housing bubble will continue forever, with only brief pauses or mild corrections.

Bernanke’s work on the Great Depression means he had no excuse for saying that there’s never been a nationwide decline in house prices.

In 1983 Bernanke wrote a paper titled “Nonmonetary effects of the Financial Crisis in the Propagation of the Great Depression”. He parroted the false view that banks are intermediaries between patient savers, and impatient borrowers who are willing to pay the interest rate to get their immediate demands met.

That view of banking has been debunked by experts including the Bank of England in a 2014 paper “Modern Money Creation”.

So, he failed to see the housing bubble, failed to prevent the financial crisis and is holding on to an incorrect view of how banking works.

A few economists, like Steve Keen, accurately predicted the GFC. And Keen claims that excessive private sector debt is the trigger for financial crises, contradicting Bernanke.

Today there is a private sector debt problem in several countries: 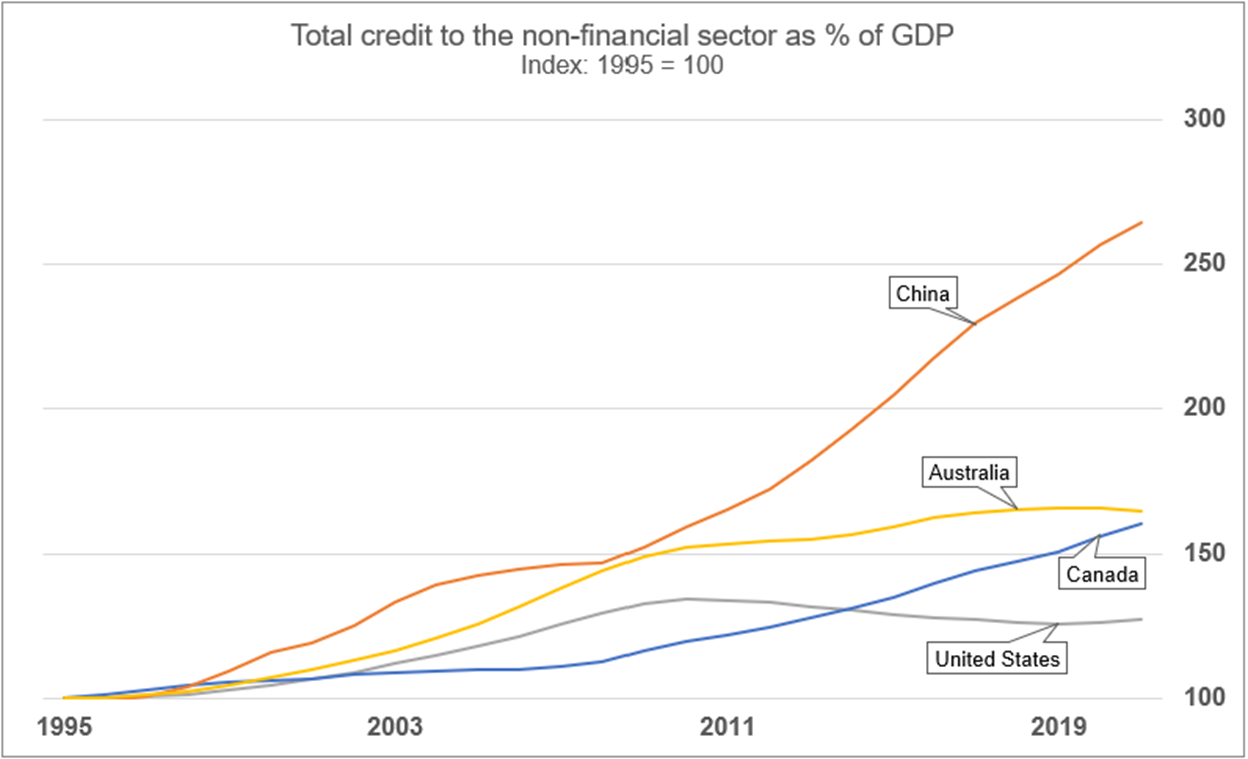 While the US debt ratio was elevated before the GFC, it declined after. Private sector debt growth continued in China, Canada and Australia.

Today, private sector debt is more elevated than in 1929, a serious warning sign.

There are many more-deserving recipients of a Nobel Prize in Economics than Ben Bernanke.