Green hydrogen is a great new opportunity for Newfoundland and Canada

Germany wants Canada to become a world leader in the production of hydrogen.

With a visit from a star-studded delegation from Germany, Newfoundland gains credibility as a potential new centre for clean hydrogen.

The delegation included German Chancellor Olaf Scholtz, the Economy Minister Robert Habeck as well as the CEOs of Volkswagen, Bayer, Uniper (spin-off from utility giant E.On), Mercedes-Benz and Siemens Energy. These are some of the most powerful people in Germany and Europe, looking for help from Canada to produce “green” hydrogen for export to Germany. 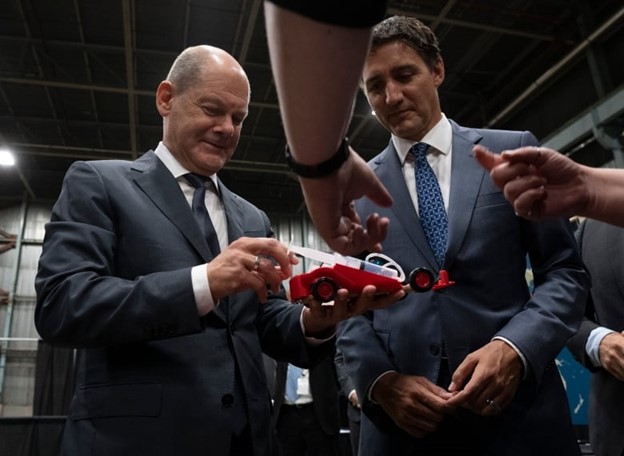 The site of the visit was Stephenville in Newfoundland, where the wind resource has massive potential and is on tide water.

One of the projects is sponsored by World Energy GH2. A second project by Fortescue, an Australian company, is doing a feasibility study for a similar project with the Miawpukek First Nation on Newfoundland’s southwest coast.

In addition to those European leaders, at least two billionaires are interested. One is John Risley, a Novia Scotia billionaire, who is part of the World Energy GH2 alliance.

The World Energy project plans 164 wind turbines that will power electrolyzers with a capacity of 0.5 Gigawatts (about ½ the capacity of one nuclear plant) that will take water and electricity from wind turbines to make hydrogen. Hydrogen can be converted to a form, like ammonia, that can be shipped to Germany where it can be used by industry. The cost of the project is similar to an oil sand plant at $12 billion. Production is targeted at 250,000 metric tons per year. The Mi’kmaq name for the project is Nujio’qonik, which translates as “where the sand blows”.

The southwest coast of Newfoundland has excellent winds and is connected to the power grid by a 230 KV link.

Fortescue is led by Andrew Forrest, another entrepreneur who is one of the wealthiest persons in the world. His company is working on two projects in the same area as World Energy GH2. 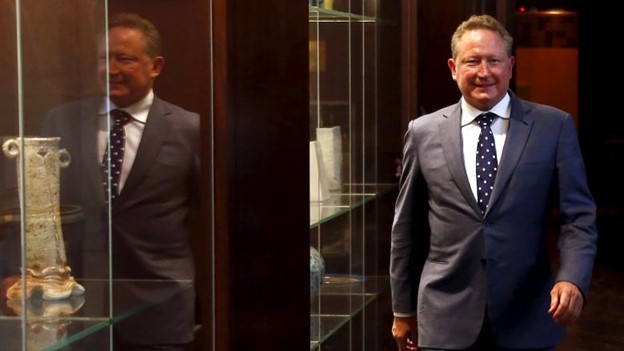 Andrew Forrest, chairman of Fortescue Metals Group, is the second-richest person in Australia. One of his subsidiary companies, Fortescue Future Industries, has its sights set on two projects in Newfoundland and Labrador.

Source: Government of Newfoundland and Labrador

In this map of the proposed wind farm project on the Port au Port Peninsula, each red dot represents a wind turbine.

BloombergNEF estimates that 74.9 gigawatts of hydrogen production capacity will be available worldwide by 2030. BNEF says that 31 countries have a hydrogen strategy and 24 more are considering it. Almost 2/3s of the world’s capacity is in Europe, Middle East and Africa. 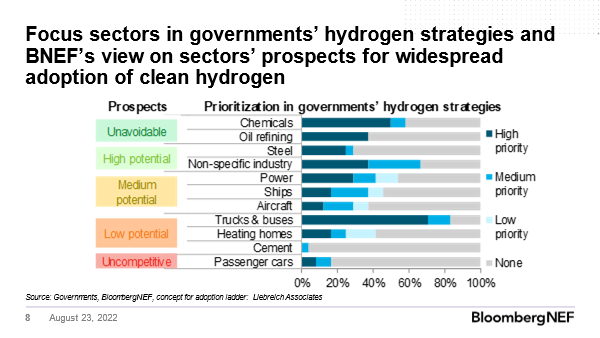 BNEF has projected that the uses for clean hydrogen have a wide range, some of which will be required to use hydrogen (labeled as unavoidable) to those that are extremely unlikely to adopt hydrogen, such as passenger cars where battery electric power works much better.

This looks like a great chance for Canada to diversify into a leading new industrial sector powered by renewable energy.