The Bank of England is on the hot seat

The Bank of England ignited a firestorm by calling for much higher rates and predicting inflation of 13.3 percent by the end of 2022.

Is the Governor of the BOE overreacting? 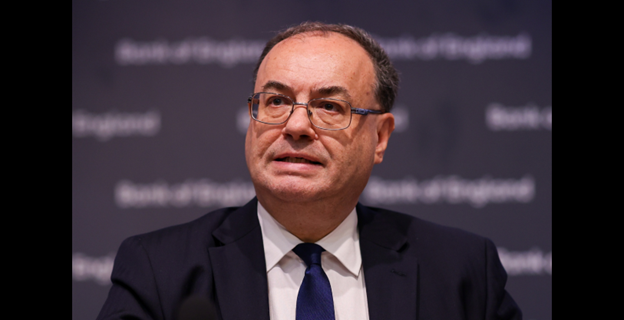 The governor, Andrew Bailey, has put himself and the BOE under a large amount of heat for coming out with a monetary policy report that has some dire warnings.

The report of the Monetary Policy Committee (MPC) reaffirms its commitment to a 2% inflation target. The Bank Rate was increased by 50 bps to 1.75 percent.

The forecast for inflation is for higher than 13% by the fourth quarter of 2022. And inflation will remain elevated for all of 2023, before falling to 2 percent in 2024, according to the BOE.

Wage growth is expected to surge higher, as unemployment is 3.8 percent.

The MPC states that the inflation target of 2 percent is its most important priority. “The Committee will be particularly alert to indications of more persistent inflationary pressures, and will if necessary act forcefully in response.”

Since wholesale energy prices are expected to be a temporary problem it is likely that wage and salary pressures are the type of “persistent inflationary pressures” that are worrying the BOE.

The financial markets expect that the BOE will raise its bank rate to about 3 percent before it stops hiking.

The UK economy has not entered a technical recession, using the two quarters of negative growth rule, as there was slight growth of 0.8 percent in the first quarter and an expectation of a slight contraction in the second quarter. In any case, the economy is not very strong, so a policy of higher rates to fight inflation could tip the economy into a recession quite easily.

The BOE believes that inflation is running at 10 percent and will soon increase to 13 percent due to wholesale gas prices in the future markets and restrictions of gas supplies from Russia. The inflation in the last three months of the year would be boosted by about 6.25% from the higher gas prices alone.

Since it is likely that the natural gas supply issue will be resolved at some point and commodity prices will come back down, many people are criticizing the BOE for overreacting to a temporary condition that is pressuring the inflation rate higher.

But the BOE is concerned about inflation expectations, which lead to demands for higher wages and salaries, and those increases are very sticky compared to commodity prices.

The UK Conservative Party, in the middle of a leadership contest, has pointed the finger at Bailey for not acting sooner to control inflation on the one hand, and now acting too aggressively as the economy is slowing on the other hand.

The UK Attorney General, Suella Braverman, said, “Interest rates should have been raised a long time ago and the Bank of England has been too slow…”.

It is not a good time to be a central banker in England.