This week’s large rate hike by the Federal Reserve means that the era of the Greenspan Put is over.

The Fed increased its base rate by 75 basis points this week and hinted that more increases are coming, in spite of widespread worries about a weak stock market and an economy that might be already in a recession.

The Federal Reserve has been known for its willingness to do “whatever it takes” to avoid a stock market crash. This help from the Fed, usually in the form of unusually low interest rates, has been standard operating procedure since the late 1980s.

Alan Greenspan was a recently appointed chair of the Fed on October 19, 1987, when the stock market fell 20 percent in one day. On the next day, at the urging of the White House, Greenspan made aggressive moves in monetary policy that showed the Fed’s willingness to support the stock market without reservation. The market rebounded, and by the end of that year had a positive return. Market traders from that day adopted a view that downturns in the market would always be countered by Fed policy that would push the market up. This became known as the Greenspan Put, and most market participants adopted a strategy of “buy the dip” during corrections.

The recent long period of low interest rates will be viewed, in hindsight, as a black mark for the Fed, as inequality in wealth and income was exacerbated. The main beneficiaries of that Fed policy were speculators and people who were already wealthy.

But now the Fed is facing a much more complicated situation with inflation above 9 percent. Low interest rates, the main weapon the Fed has in its arsenal, would be inappropriate. The Fed has said it will stick to the policy of raising rates until inflation subsides or if the “neutral rate” of interest is reached.

Here’s a Bloomberg forecast for how high rates could go, if the Fed is serious about combating inflation: 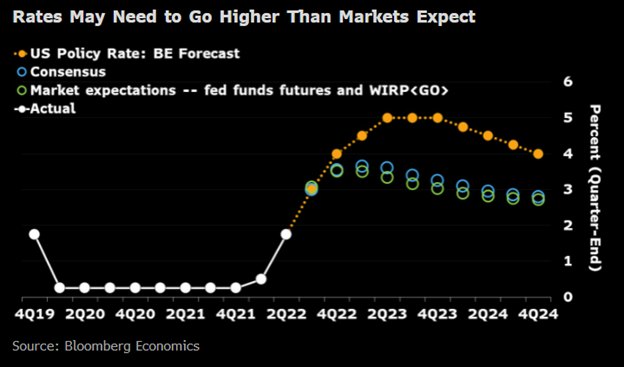 Six months hence, the policy rate could be as high as 4 percent!

If the stock market goes through a substantial correction, as Jeremy Grantham is predicting, pundits may say that the stock market crash was caused by the Fed. They will demand that the Fed bring back its low interest rate policy. There is no way for the Fed to come out of this period with an A on its report card. 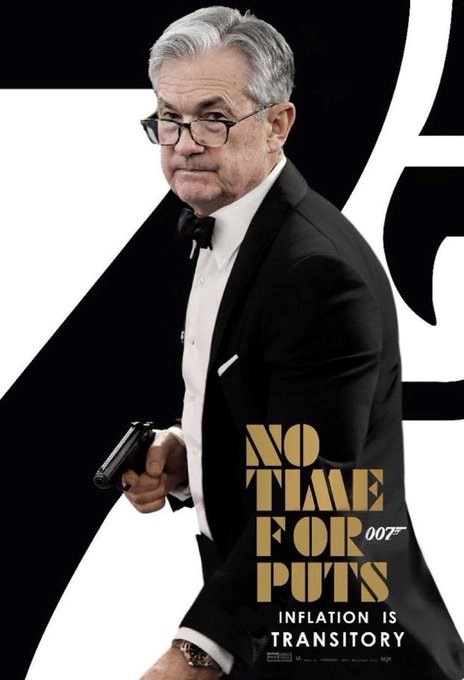 The Greenspan Put has run its course as we reach the 35th anniversary of that fateful day in October 1987. That Fed intervention was a serious mistake, since that market correction was likely to be over quickly. The intervention in markets was also illegal, as the Fed was specifically forbidden from supporting speculation in the 1913 Federal Reserve Act.

But, if the Fed persists in fighting inflation by raising rates even if stock markets crash and a recession is triggered, watch for an outcry demanding the return of the Greenspan Put.