The Fed will continue to hike until it hurts

The Federal Reserve hiked interest rates by 75 basis points on Wednesday. Only once before has the Fed hiked by such a large amount.

Conventional wisdom says that when inflation is out of control the Fed must hike until it hurts, and even beyond.

There is only one parallel to the recent surge in inflation. In the late 1970s and early 80s the Fed chose to raise rates substantially higher than the inflation rate, which was over 10 percent for several years.

When rates peaked in 1981, the rate for government long-term bonds was about 15 percent. For the next three decades and beyond, both interest rates and CPI inflation trended lower, but in 1990 it was still necessary to pay over 13 percent to get a five-year fixed rate mortgage in Canada. (I did this!)

Mortgage rates are not waiting for the Fed: 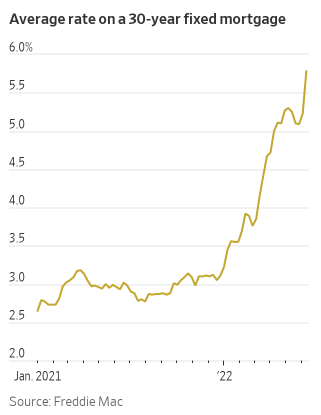 Fed rate hikes have barely started. Even after this week’s hike the Fed is far behind inflation. It will take many more rate hikes to get the Fed funds rate equal to today’s inflation. And in the early 80s the Fed had to raise rates above the inflation rate before inflation started to recede.

Here’s what the market expects — the Fed rate will peak well below the rate of inflation at 8.6 percent: 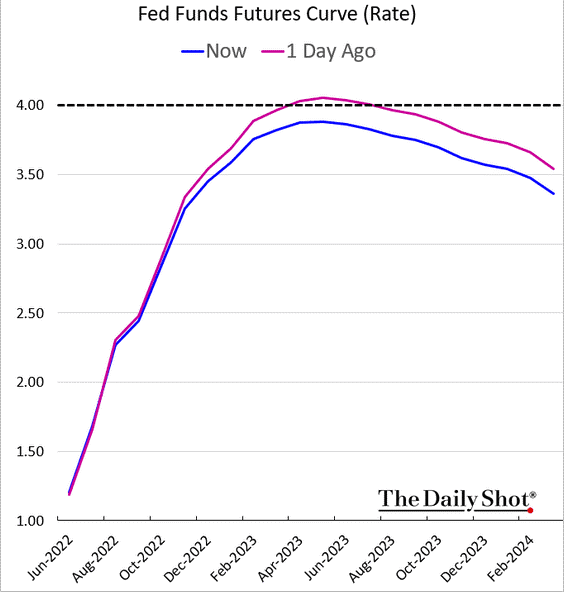 And maybe inflation will recede quickly. The Fed would be saved from having to play tough cop. And that’s what the Fed and the market are expecting. Until recently, words like “transient, temporary and transitory” were used repeatedly in what was an astonishing display of wishful thinking.

What happens when the economy and the markets respond negatively to the Fed rate hikes?

Since October 1987, when serious Fed intervention started under Chair Alan Greenspan, financial market participants have come to believe faithfully that the Fed will cave at the first screams of pain from financial markets. The Greenspan Put, as it came to be known, required that the Fed jump in to support stocks as soon as it became clear that some market participants might be badly injured. Of course, the Fed, through its most important division — the New York Fed — is closer to Wall Street markets than Main Street, so its first and strongest instinct is to prevent damage to the largest market players, not the average American family on Main Street.

Borrow as much as you can to buy the riskiest assets became the credo of our times.

Now the Fed and other central banks must find the backbone to do a 180-degree U-turn and keep raising rates even after a recession is underway.

Central banks must stop inflation, even though that will require a very different mentality.