The internal combustion engine vehicle has begun its journey into obsolescence

The dominance of the internal combustion engine (ICE) vehicle is coming to an end as battery electric vehicle (BEV) adoption accelerates worldwide. While the demise of the ICE vehicle will take a decade or two, the impact is already being felt.

The popularity of ICE-powered vehicles began in the early 1900s when the use of gasoline in automobiles was adopted. Until then the refining of crude oil, controlled in the U.S. by J. D. Rockefeller, had been primarily for kerosene which was used for lighting and cooking. Gasoline was an unwelcome by-product that was explosive and flammable. Early detractors of the ICE vehicle believed that people would refuse to sit on a dangerous explosive device.

As the gasoline-powered automobile was manufactured in volume, by Henry Ford, the market for crude changed. Massive fortunes were established as, among others, people like Rockefeller, Jean Paul Getty and the Saudis made enormous profits by selling crude oil.

In 2022 it is obvious that conversion to BEVs will disrupt crude oil. New fortunes will be made based on manufacturing vehicles and batteries without ICE components. The leading BEV — Tesla — has already made Elon Musk the richest person as his net worth tops $200 billion. John D. Rockefeller’s wealth is estimated to have peaked at about $25 billion in inflation-adjusted 2022 dollars. Tesla rivals and new applications for BEVs are coming. 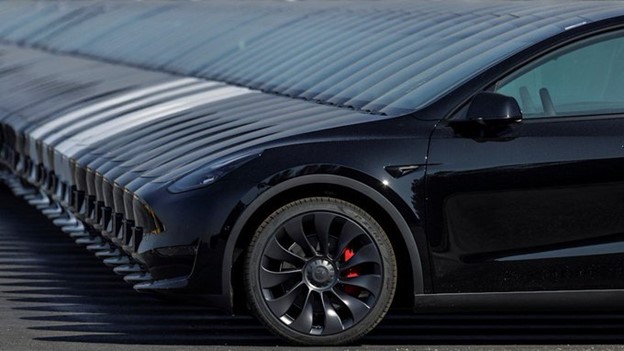 Americans are the most vehicle-addicted people with about 280 million vehicles. About ½ of the crude oil consumed there goes into cars and light trucks. If, or when, the U.S. converts entirely to electric-powered vehicles the U.S. demand for crude oil will drop by 9 million barrels. Canada exports 4 million barrels to the U.S. The U.S. could produce more oil than its needs, if it goes fully BEV.

Here’s the BNEF forecast for electric vehicle adoption to 2025:

There are over 1 billion ICE passenger vehicles existing so 77 million by 2025 is still a small part of the fleet.

“To get on track for a net-zero global fleet by 2050, zero-emission vehicles need to represent

None of the analyzed countries achieves a full phaseout … by 2038. Some get close – notably Germany, the UK, France and China –”

Since 2038 is only 16 years away, these targets will probably not be met. But the trend is in place and the pace of change is accelerating.

The impact on crude will be substantial. Consumption of crude oil has already peaked, and further declines in consumption are expected with prices at $120 per barrel.

The crude oil age is near its end. The obsolescence of the ICE vehicle is coming soon.

The BEV era is just beginning.