China Evergrande hit the news again, with a surprising announcement that a creditor had seized US$2 billion of funds from a subsidiary of the company.

Creditors are upset that one lender received preferential treatment from the restructuring process, which is now being run by the government of China.

Will foreign creditors decide to withdraw all provision of credit to Chinese companies?

China Evergrande, the second largest residential property developer in China, owes debts of about US$100 billion and has liabilities of about US$200 billion more. Direct borrowing from foreign lenders is about $20 billion.

The liabilities are partly in the form of payable to contractors, workers and purchasers of apartments not yet completed by the company. All these people are Chinese residents and are likely to be most important when the decisions are made on who will be repaid and who will get stiffed.

As it is customary for the apartment buyer to forward to the developer the full cost of the apartment before completion of the unit some families have all their life savings at risk and will owe large debts as well.

Many subcontractors have provided a substantial amount of work without being paid. If they are never paid the impact will ripple through the entire construction industry, one of the largest in China.

Other large developers are also in trouble, as indicated by their share prices on the stock market.

This week Evergrande announced that it cannot publish its annual financial statements on time. The due date was March 31. On Monday the stock market halted trading in China Evergrande shares. 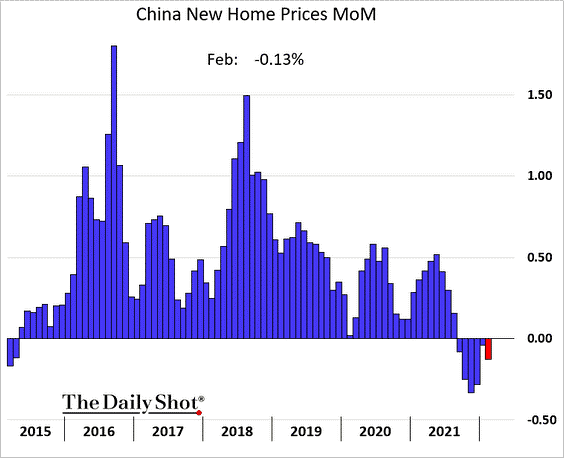 China has seen property prices decline for six months in a row.

The bonds of Evergrande are now trading at 13 cents on the dollar, for a note that matures in 2025. This indicates an 87% loss to bond holders.

This week’s news that lenders claimed a $2.1 billion payment from a subsidiary of Evergrande will send tremors through the international bond market. The justification for that claim was called “third-party guarantees” by Evergrande. 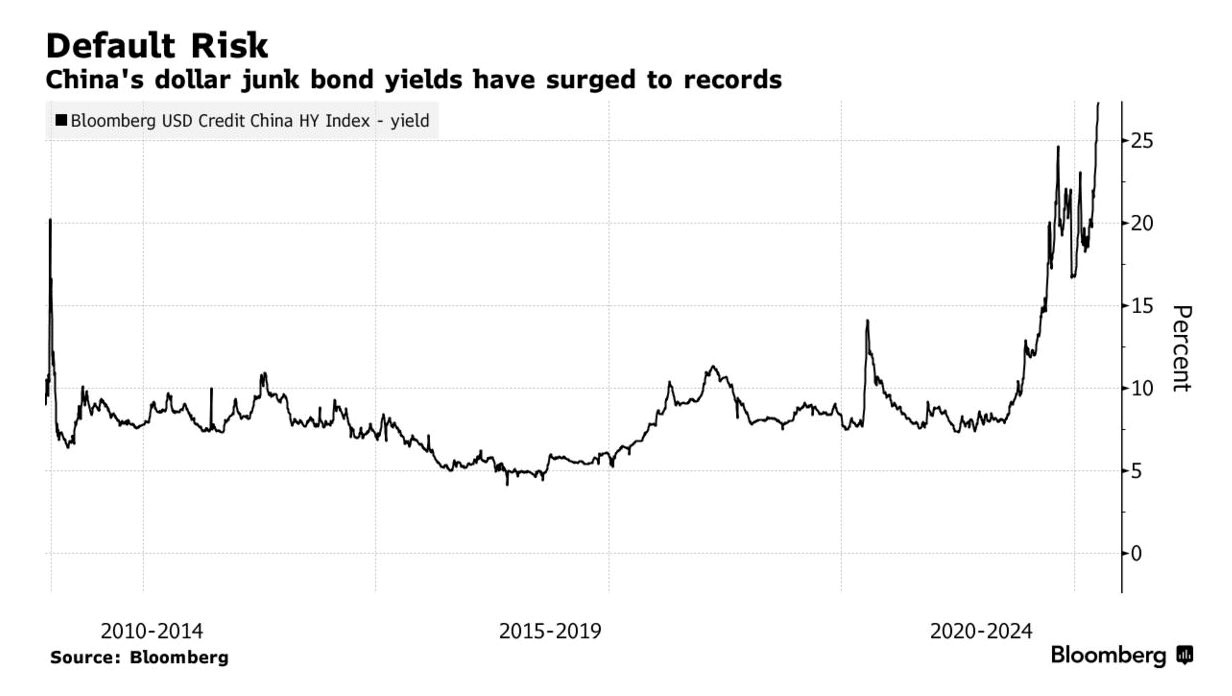 China Evergrande officials stated that the diversion of those funds was a “major incident”, and the officials established a committee to investigate the “pledge guarantees”. It is not clear which is worse: the appearance of lenders who had guarantees of repayments that were not disclosed or the fact that the parent company appears to have no prior knowledge of their existence.

A group of bondholders is moving to take legal action against Evergrande. These lenders based in the US and the UK primarily are quoted in the Financial Times as saying that “the atmosphere in the room is one of boiling blood.”

It might be futile to spend millions of dollars in legal fees. It might be possible to win the case and have a court award damages but the probability of collecting those funds is minimal.

These events will put non-investment grade bond markets into a deep freeze. It might take decades to recover confidence in international bond markets.