Rate hikes will test all the bubbles

The Federal Reserve is ready to make an interest rate increase in mid-March.

The Bank of Canada increased rates this week.

Can economic activity withstand these rate hikes without experiencing a recession?

The Bank of Canada hiked rates slightly on March 2, 2022. The current low level of rates goes back to 2020, just after Covid hit. The Bank felt it was important to keep rates extremely low after COVID. But the latest GDP report showed growth of over 6 percent, after inflation, which makes keeping rates this low impossible.

Interest rates have been at the low end of a range for a very long time. One result of that deliberate policy, and other factors, was a massive housing bubble leading to higher house prices and severe unaffordability for many first-time buyers. Household and corporate debt levels continued to climb partly because of those low rates, leading Canada to its current position as one of the most indebted countries in the world when looking at private sector debt.

Now rates have started to rise worldwide. In some countries rates are already up from the bottom. For example, the UK started to hike in late 2021, and made its second hike in early February. Inflation there is expected to peak at 7.5 percent, while rates are still below 1 percent for the official rate. Several of the Bank of England central bankers argued for even faster increases in interest rates at the latest meeting.

Can the economy withstand higher rates?

Here is a graph of GDP found through David Hay from Bubble 3.0: 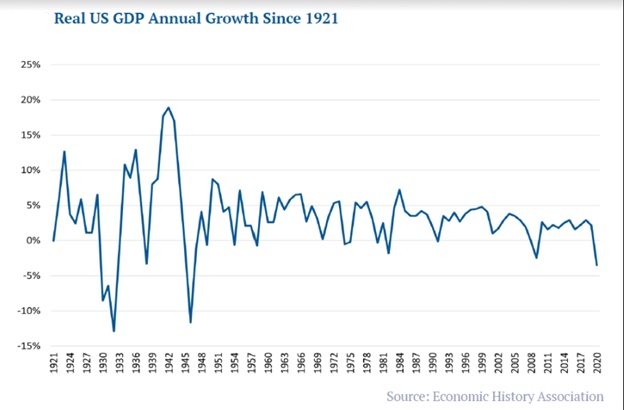 The chart shows that GDP growth has been slowly and steadily moderating since the 1980s.

Real GDP growth is growth minus inflation. Now that inflation is soaring the inability of GDP to grow is a major concern. Growth moderation is happening in many other large countries too, like China.

The question that has never been addressed adequately is why did the central bankers’ policy of low rates fail to speed growth? Instead of faster GDP growth, the main measurable impact of low rates has been the creation of dangerous bubbles in stocks and housing. These bubbles led to increasing inequality and unsustainable debt as people tried to keep spending by borrowing more.

The lenders, mostly banks, embrace the elevated debt burdens as they earn ever increasing profits by providing it. Normally after such a large increase in debts, defaults would soar and crush bank earnings. This happened in 2009 in the US and elsewhere, e.g., Ireland, but there was very little insolvency in Canada. Canada’s bubble grew even bigger. 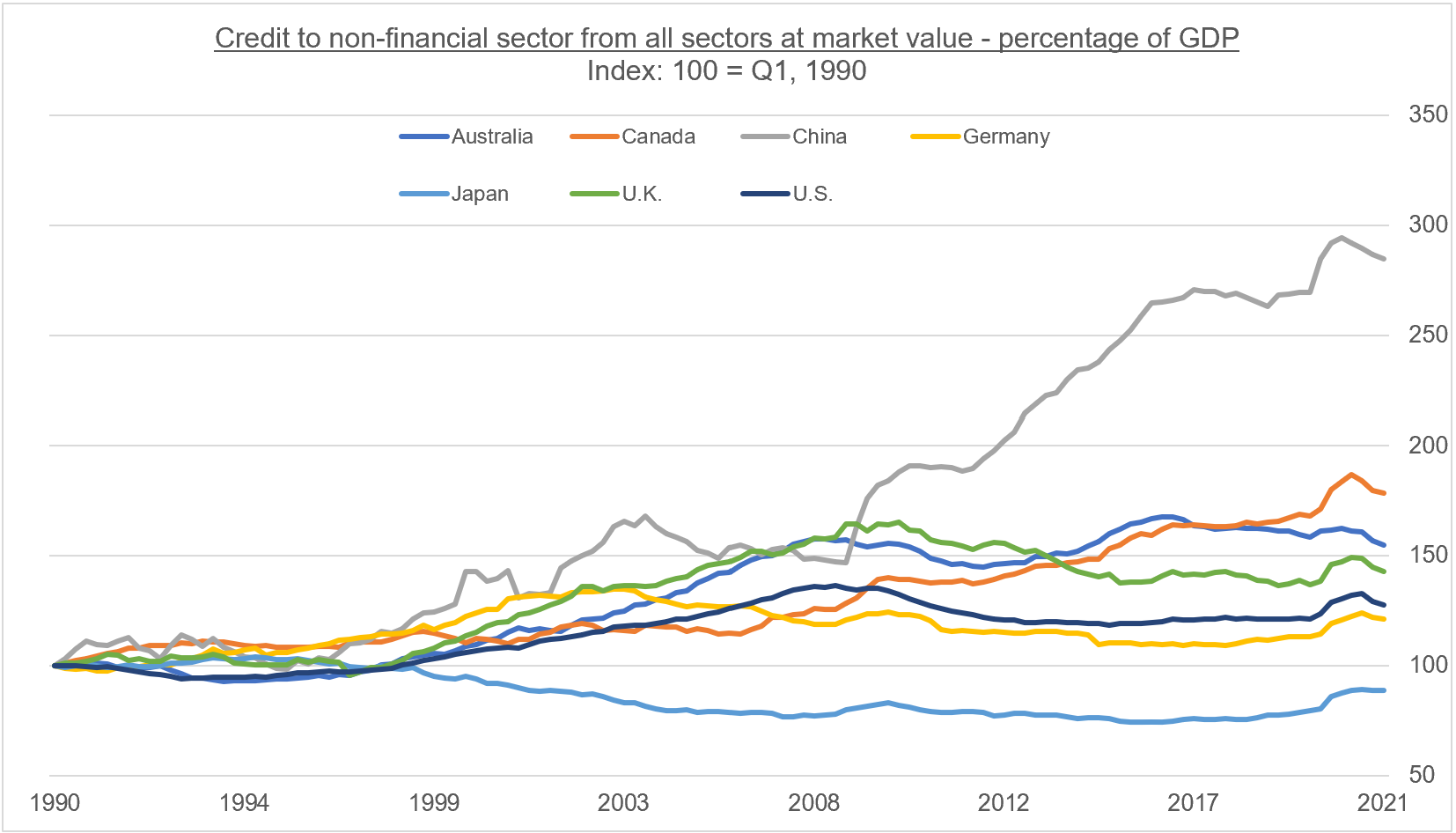 Now that low interest rates — the major pillar of support for that debt — are about to be removed, these bubbles will be tested. And, as has been discussed here and elsewhere, all bubbles burst eventually.

Central banks have no choice but to address 40-year-high inflation with higher interest rates.

Higher rates are inevitable but the economy and the bubbles, fed by cheap debt, will fail the test.