Twin growth challenges in China will test the world

China is being hit by the double whammy of a real estate slowdown and electrical power shortages. The Chinese system will be put to a severe test.

Since China was initiated into the WTO in 2001 the Chinese economy has led the world in economic growth. In 2008-09 during the Global Financial Crisis the Chinese government chose to provide a stimulus that was so massive that growth in China lifted the world’s GDP as well.

China is regarded as the second largest economy after the U.S. and China’s growth rate has outpaced the rest of the world for two decades. 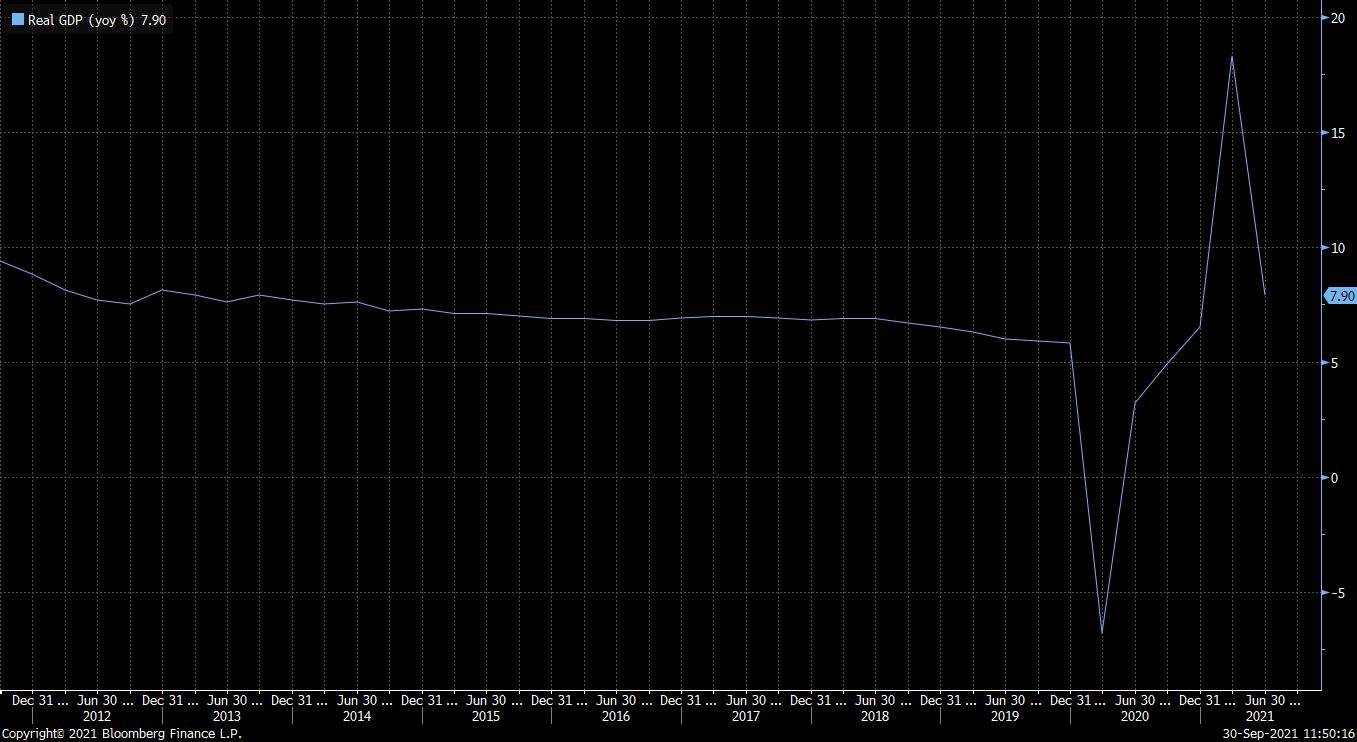 In 2007 to 2009 China growth hit 15 percent annually, while in the recovery from the 2020 recession the annualized rate of growth hit close to 20 percent. But we see also that the trend prior to the COVID recession was to lower growth in GDP from 10 percent annually to about 5-6 percent.

Real estate activity was a favorite stimulus lever. Construction employs nearly 20 percent of China’s workforce. Land sales account for 1/3 of local government revenue. Housing vacancy rates are estimated as high as 20 percent as the lack of property tax encourages households to hold real estate. More than 90 percent of urban households own a home, and many own more than one.

The real estate sector is faltering. This will hurt GDP as Kenneth Rogoff, Harvard economist, estimates that real estate has contributed 30 percent of the growth of the economy in the years since the GFC. A recent report on China real estate by Rogoff and Yang can be found here. 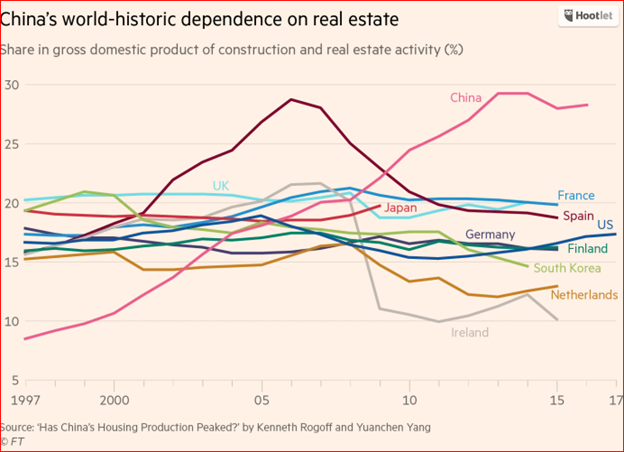 According to Rogoff and Yang even a small contraction in the real estate sector would lead to a 5-10 percent decline in GDP growth, which could mean close to zero growth for a time.

As discussed in recent notes on China Evergrande, most observers and market analysts are convinced that the Chinese government will not allow China’s economic growth to collapse because they have the ability to add stimulus, as they have done in the past.

But now China faces a second threat — a lack of electricity forcing a slowdown in industrial activity. This new threat might make it difficult to stimulate the economy enough to balance the slowdown in real estate.

Electrical power shortages will undoubtedly severely affect manufacturing activity which has already contracted, according to data out this week.

To single out one sector, steel makers have been told to curb production. Iron ore prices have plummeted as a result to $100 versus a price in May of $230 a tonne.

The main cause of the power shortage is a shortage of coal. Watch for coal prices to rise as China bids for supplies ahead of winter. Australian and Canadian coal mines will be busy as China demand soars.

The impact of these twin challenges will be felt around the globe.