Does this degree of speculation always lead to a stock market crash?

The highly respected GMO LLC quarterly letter compiled a list of signs of speculation in the markets recently and their research shows that indicators of excessive speculation are growing in number and severity.

According to Ben Inker of GMO, “highflyers are likely to fall back to Earth”.

Inker defines speculation this way: “The deployment of capital to achieve an expected gain based on an investor’s prediction of how future prices will differ from market’s expectations”.

Since the stock market presumably incorporates all of the good news that is coming for the corporations that make up the stock market index, the speculator has to believe that there will be a future that is even better (or worse for short sellers) than the collective wisdom of what investors expect.

Since there is no way to calculate what investors expect from the market the speculators have to rely on other short-term indicators like individual stock momentum and price charts. Terms like “death cross”, “breakout” and “filling the gap” pepper most writing from newsletters targeting speculators as the audience.

On the other hand, investing is boring. Since most of the news is usually baked into the stock price the investor has to wait patiently, sometimes for years, to see a return that justifies his optimism regarding that investment. As Inker says, “you are unlikely to get rich quick from investment activities” while speculation “offers the potential for large and/or quick gains”. Why would anyone not choose instant gratification over boring long-term investing that may or may not work out? 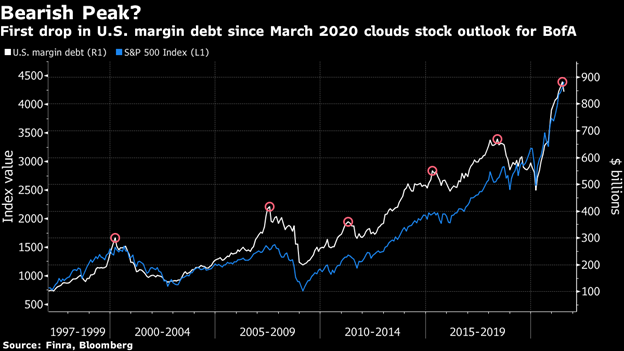 The level of margin debt today in the U.S. is three times the level in 2000, one of the major speculative peaks in the stock market. That surge in margin debt came just before a market crash. From March 2000 to December 2002, the market declined by 50-84 percent.

An early indicator of a break in the speculative urge is a drop in the level of borrowed money.

Indicators of speculation highlighted by Inker are short-dated single stock options volume, equity issuance as a percent of U.S. GDP and increases in house prices for housing bubble countries like Canada and Australia.

In a related piece from GMO, the stock issuance trend shows another problem with today’s market: 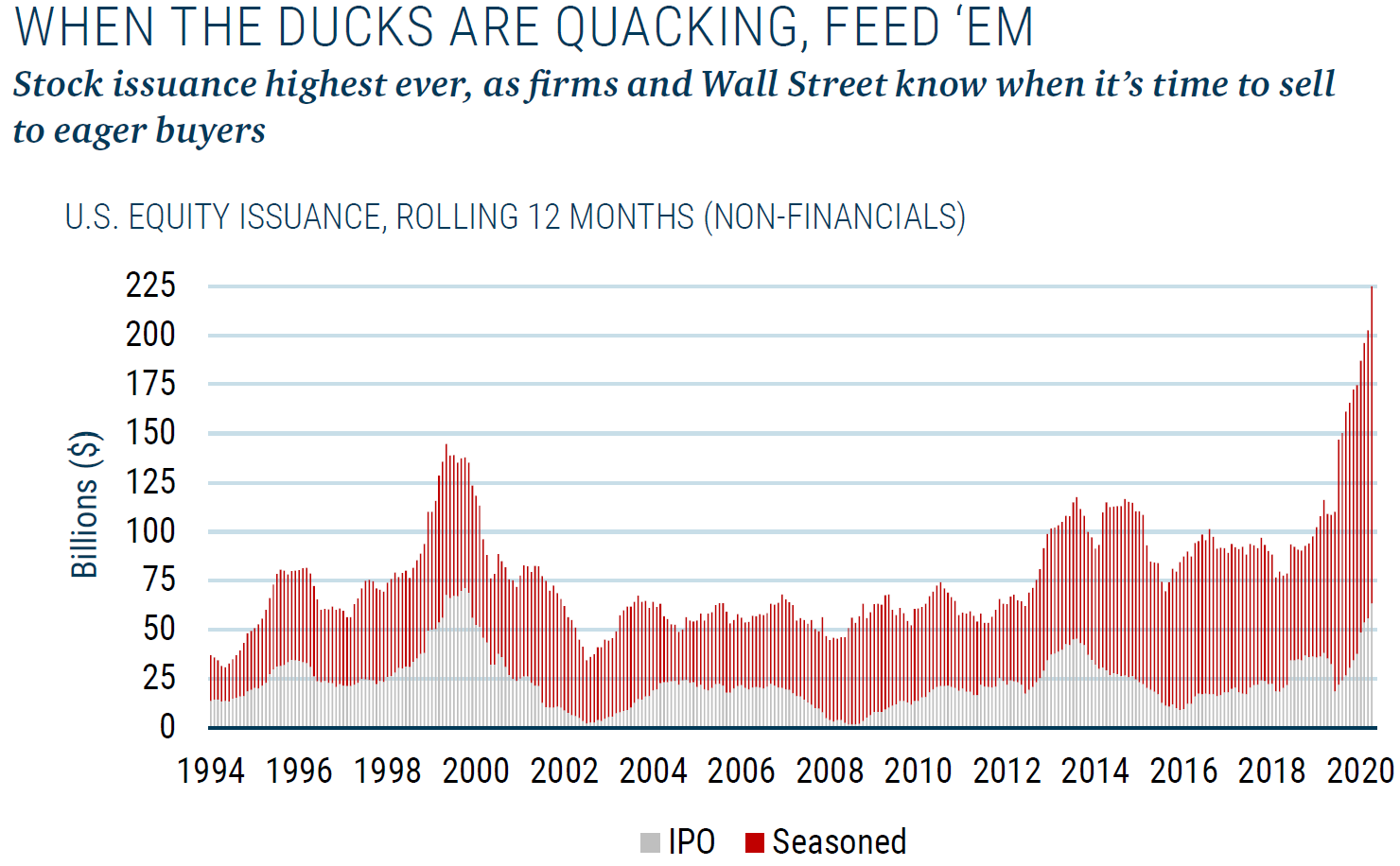 Source: GMO, The U.S. Federal Reserve – Chart title is a phrase that has been attributed to the head of First Boston’s equities trading desk in May, 1991, but that cannot be confirmed.

Since the company and Wall Street determine the timing of share issues, it is certain that issuers believe that share prices are high, and it is time to sell.