Population growth gets too much credit for housing bubble

Canadian population growth gets too much credit for rising house prices. In fact, in Calgary and Edmonton, house prices declined or stayed flat while population grew much faster than the Canadian average.

Recent data from Statistics Canada show a significant decline in the rate of increase of population during 2020. A sudden and steep drop in non-permanent residents, such as students and people on temporary work visas, has affected the growth rate. In fact, for 2020 as a whole, the population of Canada barely increased. Real estate optimists, using immigration as a talking point, will have to find a new justification. From Statcan last week:

The drop was due to a small change in the natural rate --births minus deaths -- and a large drop in the number of new residents arriving in Canada minus departures.

“More non-permanent residents left Canada than came to the country in 2020 (-86,535), which is the largest net loss since comparable records have been available (1972)." Statcan

And yet house prices have soared during the same period.

This graph is from the 2nd edition of “When the Bubble Bursts” 2018 when I wrote: 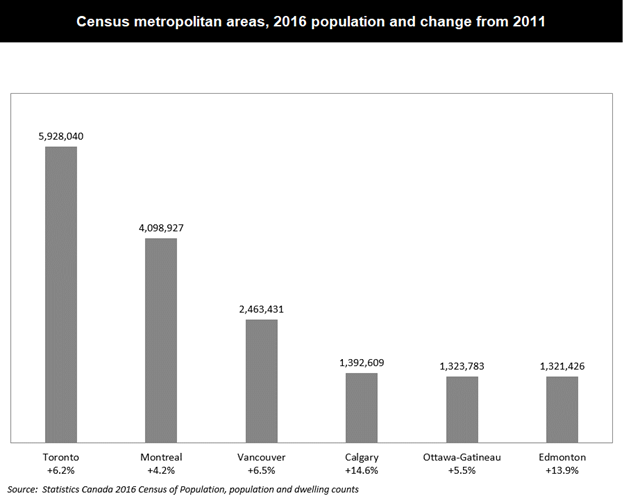 For the five-year period ending in 2016 there were vast differences in growth among regions.

For example Toronto showed growth of 6.2 percent, just 1.1 percent annually. But in Calgary and Edmonton there was growth of 14.6 percent and 13.9 percent, respectively, more than 2.5 times the rate of Toronto.

Taking a longer period for Toronto and Ontario, we can see population growth lags far behind house price growth, with both data series indexed at 100 starting in 2000. 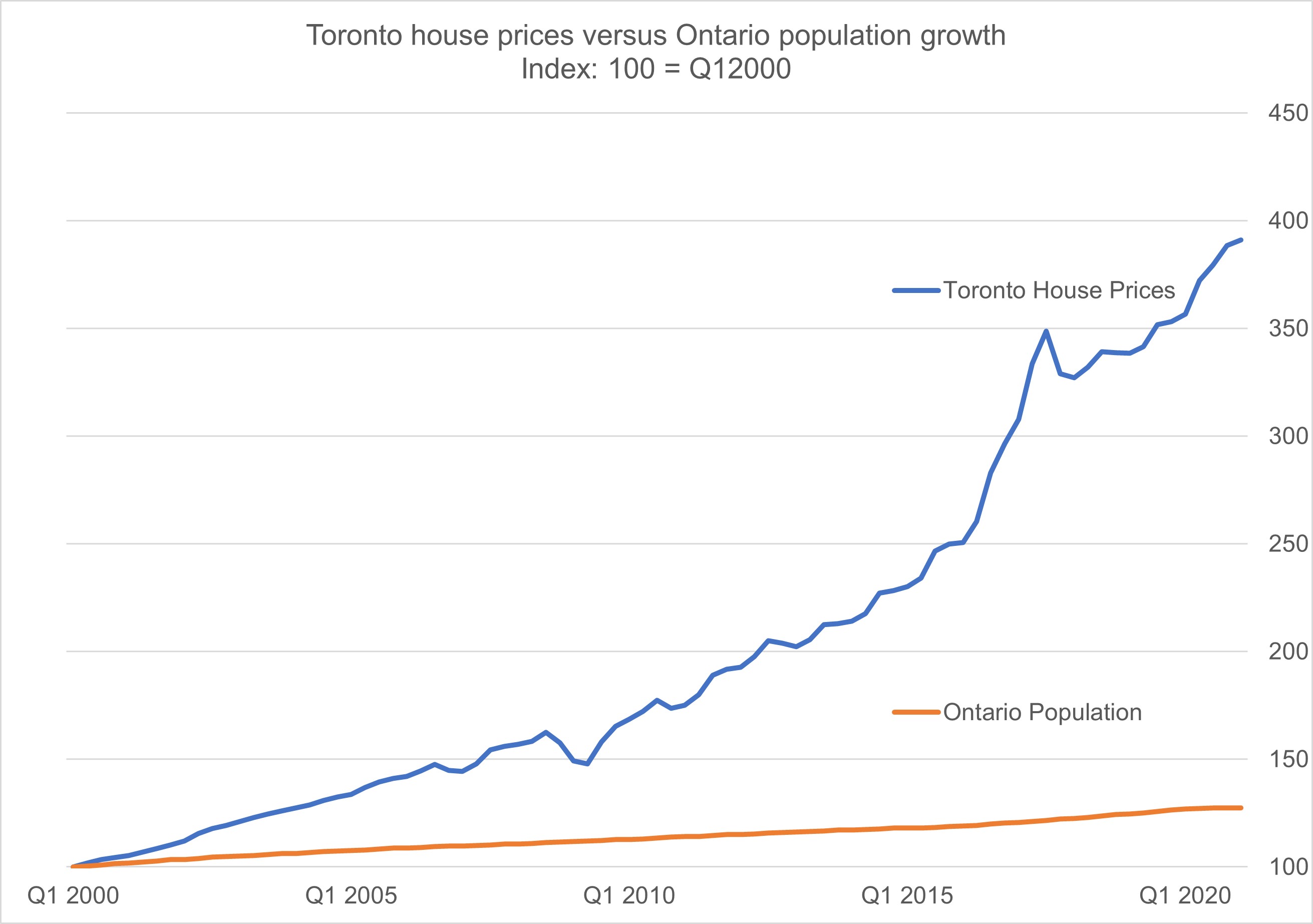 But in Calgary and Edmonton house prices peaked in 2007 in Edmonton and in 2014 in Calgary. Overall there was little or no change in house prices in those two cities for more than ten years, while the population soared with migration from other provinces especially strong. 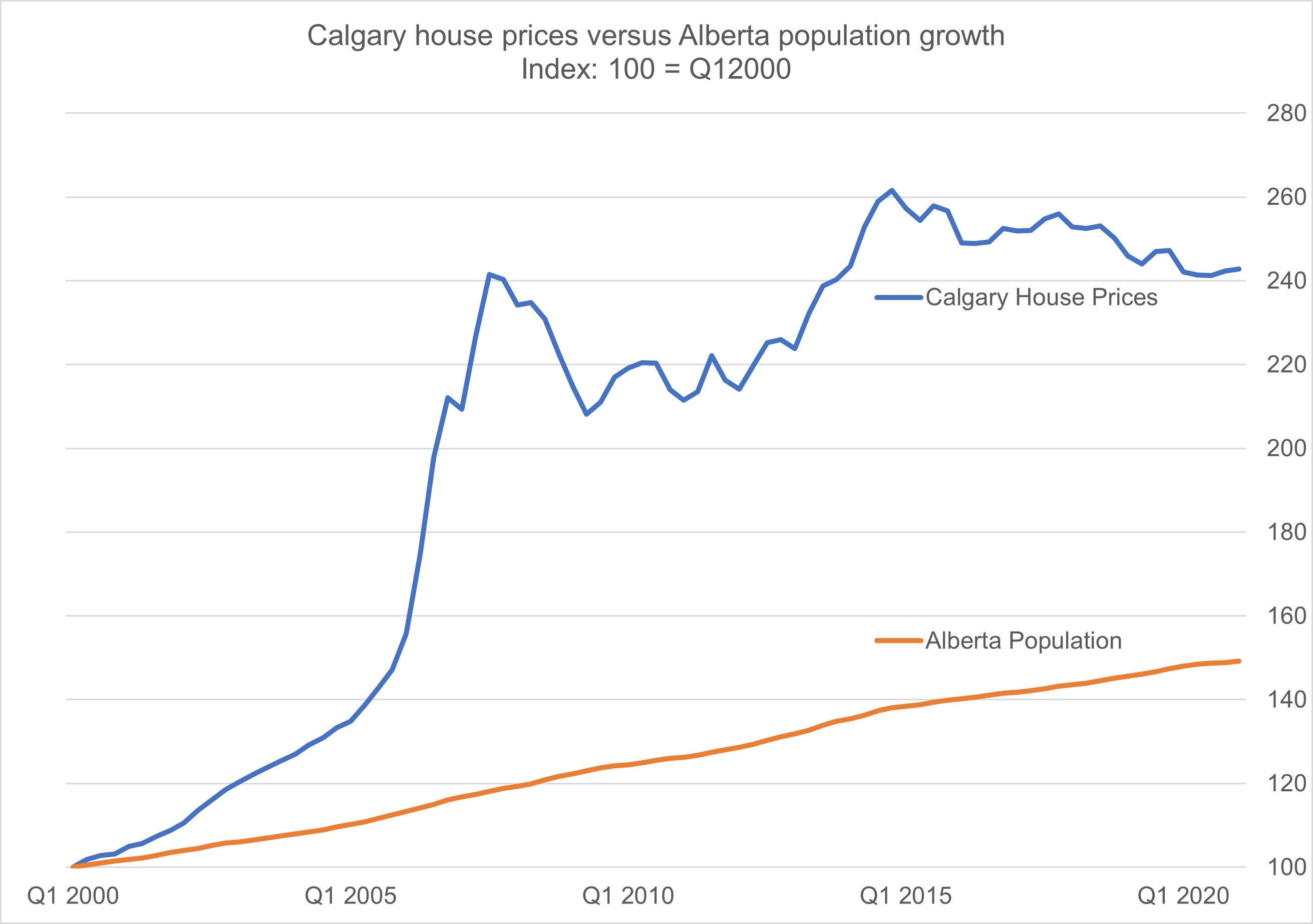 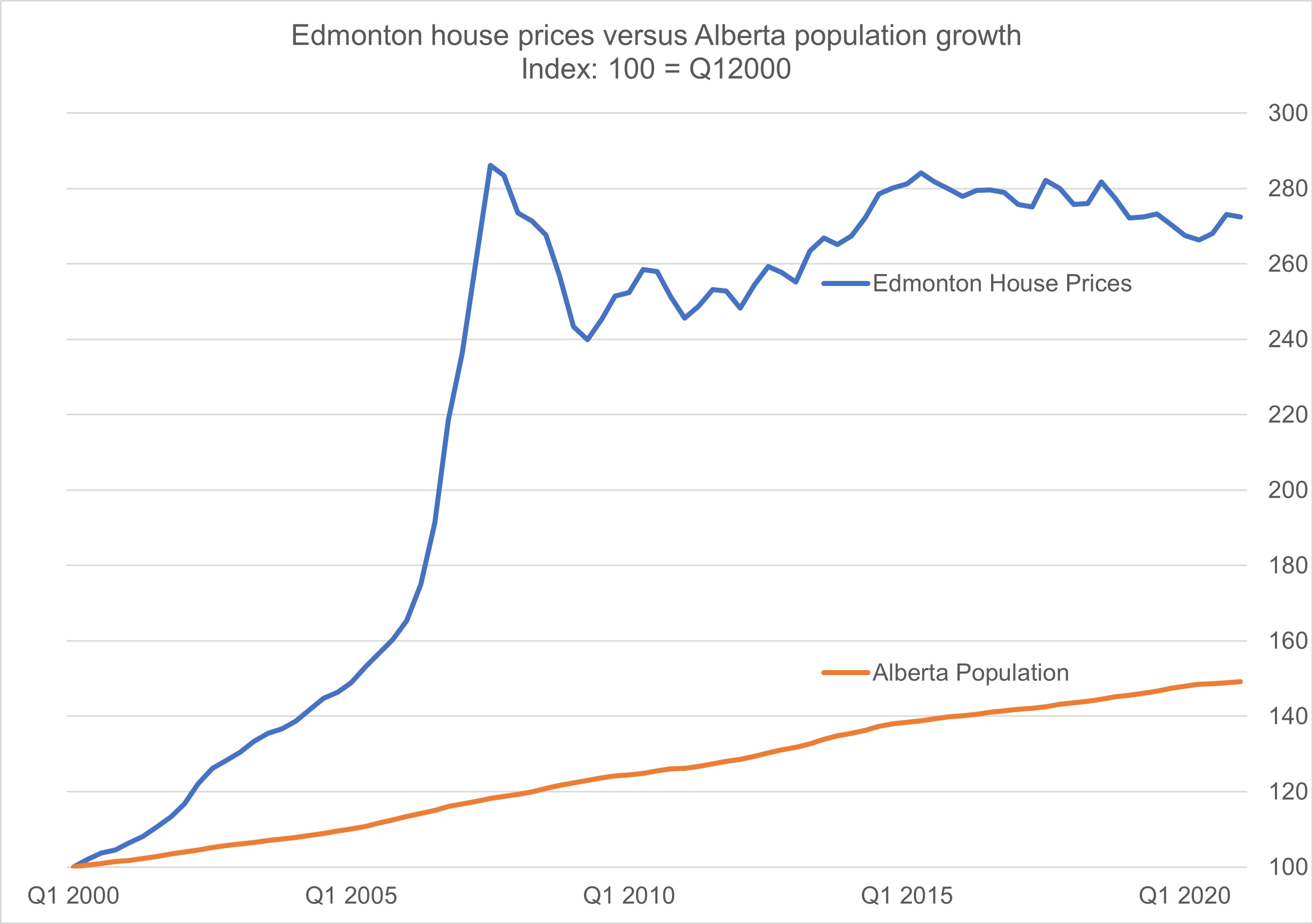 These three graphs show that population growth alone does not explain house prices. In Toronto soaring house prices and slow growth and vice-versa in Alberta.

So it must be something else that drives home prices. Could it be limitations of geography?

Edmonton and Calgary are surrounded by open land which can be used to develop new housing subdivisions while Toronto is limited geographically, at least for single family homes, because of Lake Ontario.

But when examining countries that have much higher population density than Canada, like Germany and Japan, that argument appears to fail too. Germany’s 83 million people would fit into a space smaller than Alberta, with room to spare. 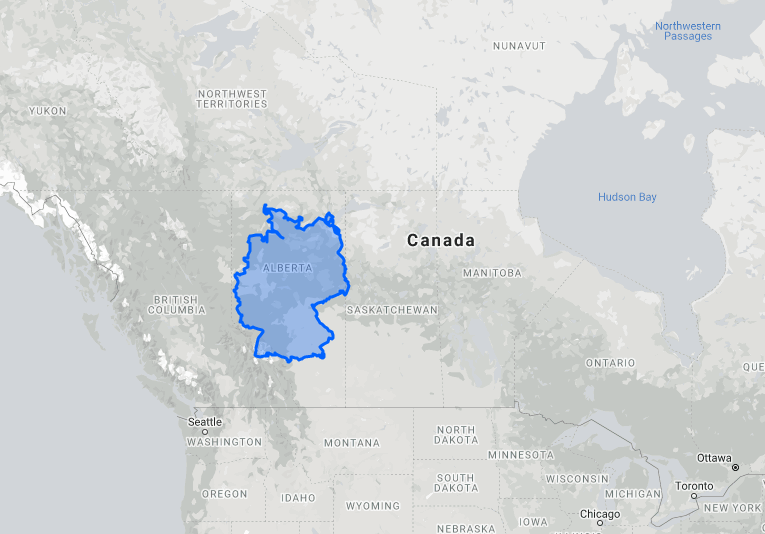 So if it is not population growth nor lack of land, what causes extremely high house prices?

Could it be household credit? 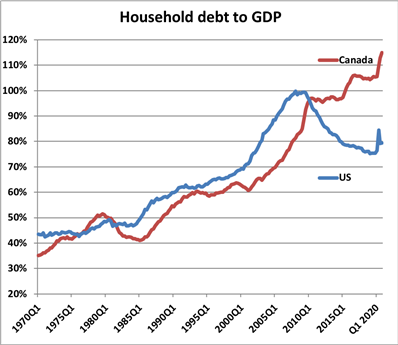 The availability of cheap finance has a very large influence on house prices.