Volkswagen drops the gloves with Tesla

Volkswagen drops the gloves with Tesla in a direct challenge to lead the EV market by 2030.

Herbert Diess, CEO, held a battery day presentation this week, announcing a major push into the EV market, where Tesla has been the leader until now.

Will Volkswagen take over Tesla’s number one spot?

I thought the hockey fight analogy made sense since the top goal scorer in the NHL so far this season is Leon Draisaitl, a native of Germany.

Herbert Diess was appointed CEO of Volkswagen in 2018, moving from BMW. 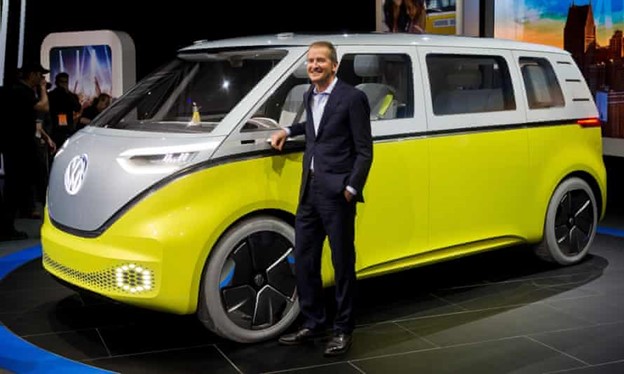 Herbert Diess with the Volkswagen ID Buzz electric van. One analyst described him as a ‘man of action’ Source: Tony Ding/AP

His rival, Elon Musk, has been the CEO of Tesla since 2008. Musk is also the richest person in the world, because of a 20-fold surge in Tesla’s share value in the last five years. Until now Tesla has been the world leader in electric autos, delivering about 500,000 units in 2020.

Musk held a battery day in September 2020 outlining Tesla’s plan to develop new battery technology and build many plants to supply batteries for Tesla’s manufacturing needs. These two hours are worth the time. 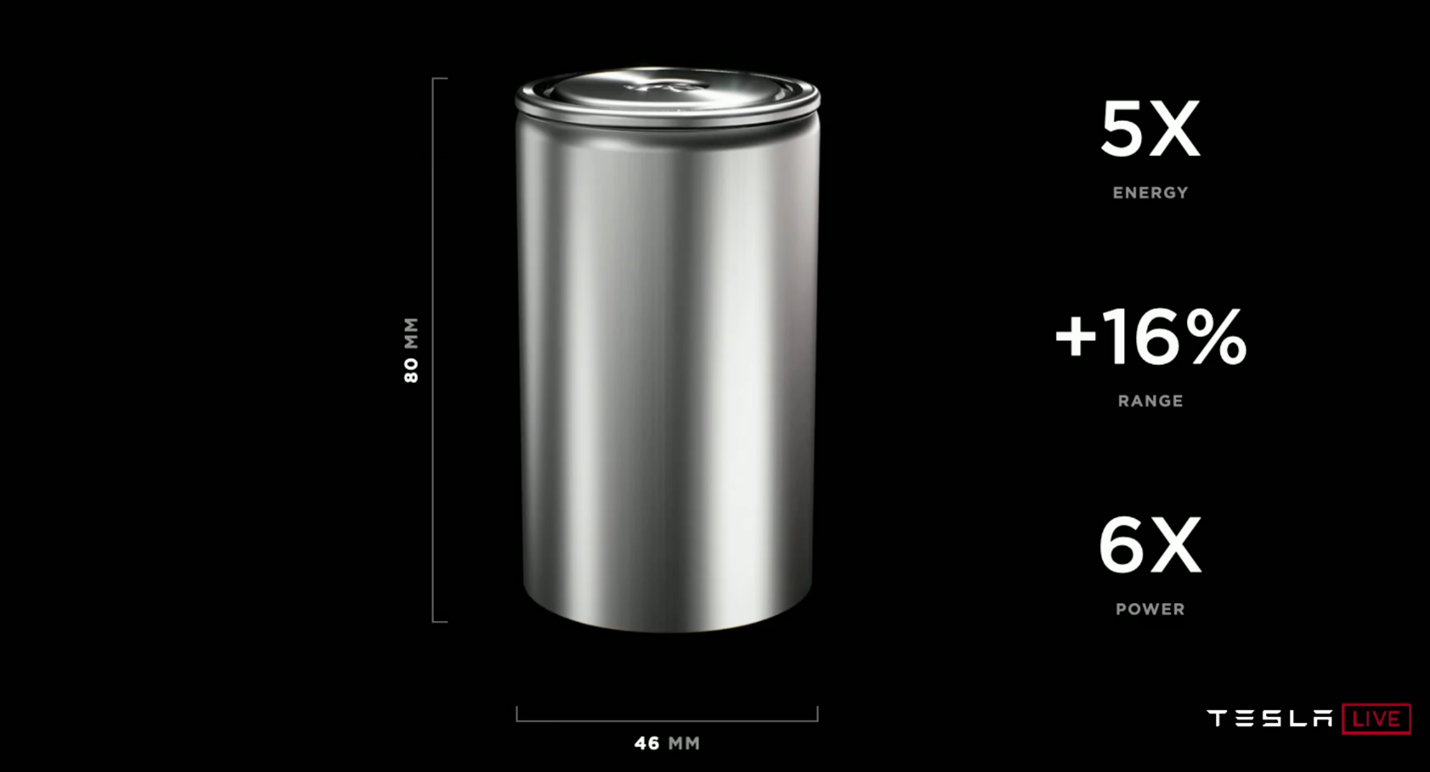 In a recent article after a November announcement from Tesla, Musk is reported as making a direct challenge to his competitors:

“According to Elon Musk's keynote talk at the European Battery Conference, Tesla is planning to build a giant battery cell plant at the Tesla Giga Berlin site in Germany, envisioned for over 100 GWh annually. Over time, the lithium-ion cell plant might be expanded to 200 or even 250 GWh annually, which would be the biggest battery plant we've heard of.”

The German economy is very dependent on auto manufacturing and design. In addition to Volkswagen, Germany is the home of Mercedes-Benz, BMW, Porsche, Audi and many other auto-related industries. In Germany alone more than 800,000 people are employed in the legacy auto business. 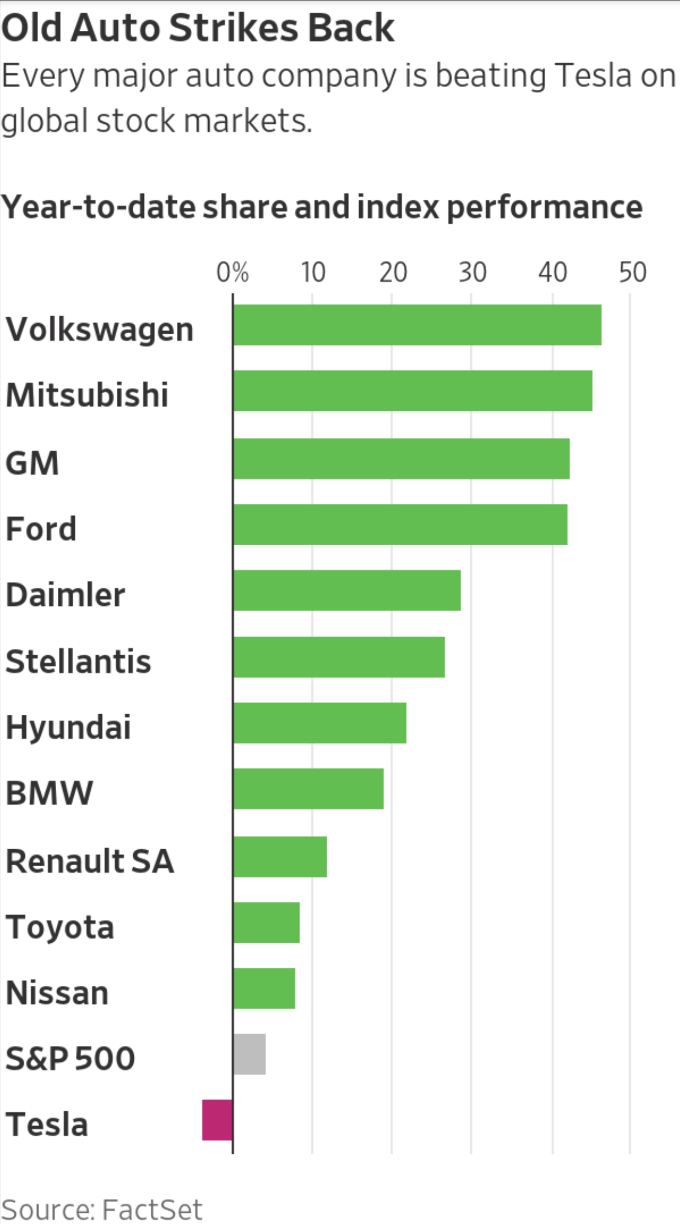 To supply millions of electric vehicles the company plans to build two battery factories initially, with its Swedish partner Northvolt. A new battery cell, expected to be cheaper, will be available in 2023. Diess is planning six new battery factories with total capacity of 240 Gigawatt hours by 2030. The cost will be $29 billion. If successful the company will be second only to CATL, the world-leading battery maker based in China.

So far the market welcomes VW’s push into electric vehicles. Volkswagen’s new model, the ID.3, is the best effort in the EV field from any legacy automaker, according to UBS analyst Patrick Hummel. The stock has nearly tripled, from 87 Euros a year ago to 230 Euros.

VW made Euro10 billion in profit last year. But the balance sheet for passenger cars shows Euro 210 billion in assets and 130 billion in liabilities. How much are those assets really worth for making electric vehicles?

European rules make it difficult to close plants and layoff employees. It will be a struggle for VW to convert to electric models, which have fewer moving parts and require fewer employees to manufacture.

In the fight with Tesla, Diess will drop the gloves, but he is facing the biggest challenge of his life.