The biggest housing bubbles of all time

The housing bubble has become enormous in these three countries, and when these bubbles burst, it will be very painful.

Are these house prices justified? 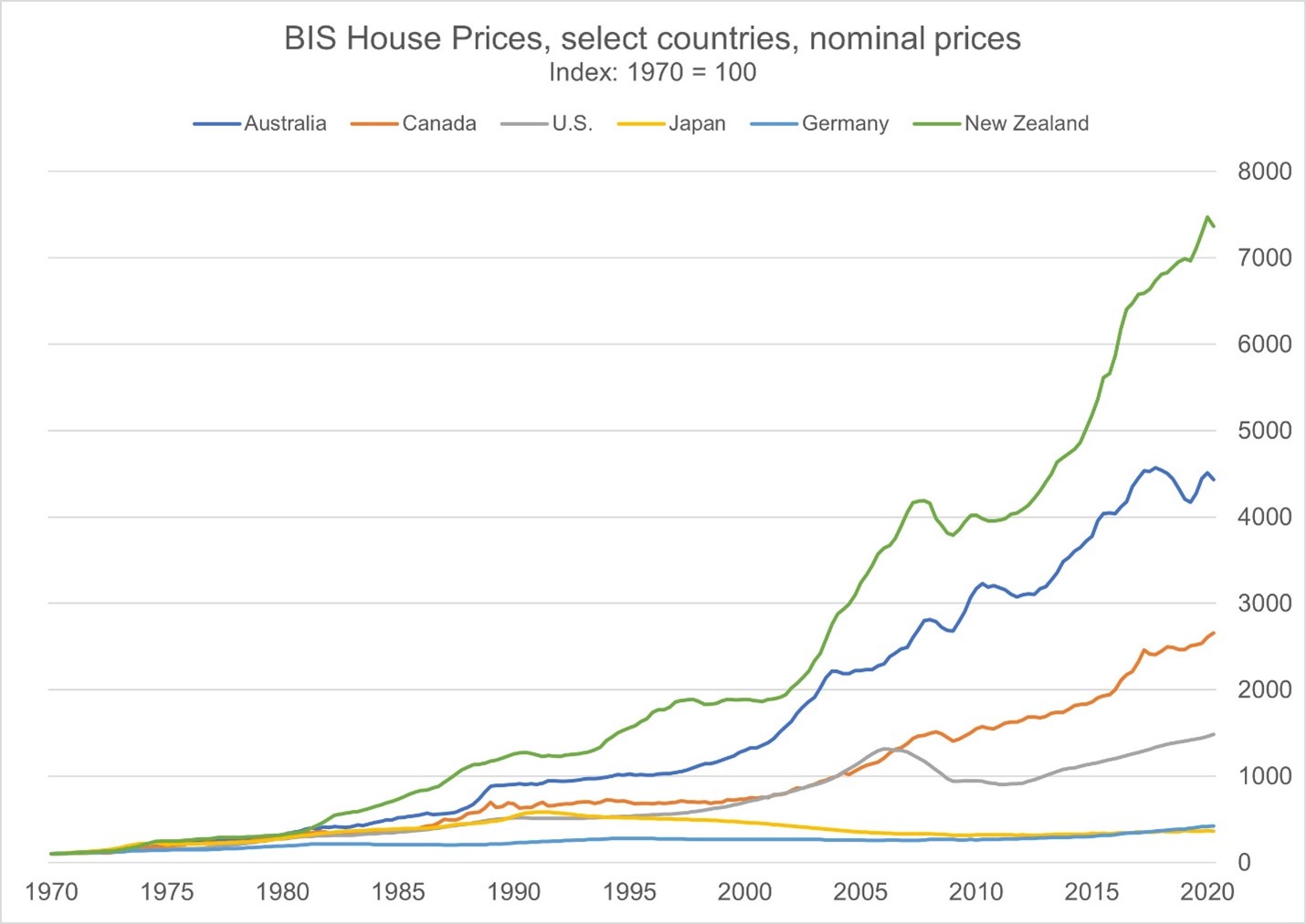 The compound annual growth rate (CAGR) was 9.01 percent for New Zealand, 7.91 percent for Australia, 6.89 percent for Canada, 5.56 percent for the U.S. and 3.2 percent for Germany and Japan. The average inflation rate for the last century has been 3.10 percent.

The excess return in housing above the inflation rate makes life difficult for new entrants to the housing market because wages seldom rise faster than inflation. And in all three countries wages tracked the inflation rate.

In the more moderate case that includes a housing crash, U.S. hourly wages grew nine-fold from 1964 to 2018 (yellow line) but they barely kept up with inflation with real wages little changed over that 66-year period (green). Even with a 2009 crash house prices grew 15-fold.

Today, most Americans cannot afford to buy the homes they live in if they work for wages. 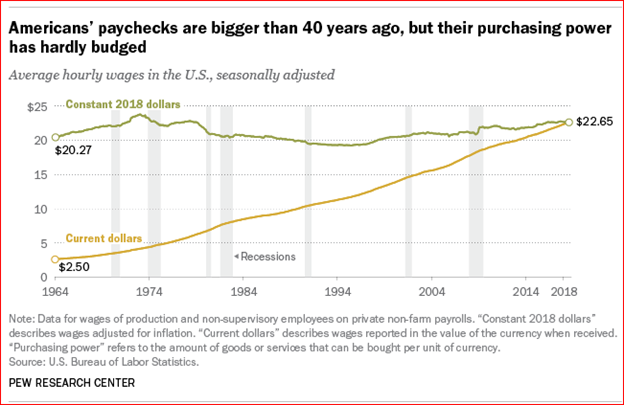 In Canada, Australia and New Zealand, a larger discrepancy between house prices and wages exists. These three avoided the housing crash that hit the U.S. in 2009 and prices continued to grow at much higher rates than inflation and wages.

Canada showed a lack of growth in wages similar to the U.S.

Although the time frame is a little shorter for Canadian data it is safe to assume that there would be a similar result to the U.S. over the full time period. And there are supporting data from an international study.

Cities in Australia and Canada consistently challenge for the top spot in unaffordability. Five major housing markets in Australia show as “severely unaffordable” with a multiple of greater than 5.0. A multiple of three is considered the upper limit of affordable for detached housing with lower limits for townhomes and apartments, according to Demographia.

Since Demographia has been publishing this report, “some metropolitan market house prices have doubled, tripled or even quadrupled relative to household incomes.”

Using 2019 house prices and incomes Demographia shows Hong Kong with the highest multiple at 20.8, with Vancouver second at 11.9 and Sydney, Australia a close third at 11.0. Toronto and Auckland, New Zealand are in a tie for sixth place at 8.6.

San Jose, San Francisco and London, England are not far behind at 8.2 to 8.5 times. Here is an excerpt showing the least affordable cities: 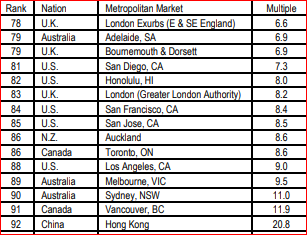 Of the seven least affordable cities, five are from Australia, Canada and New Zealand, confirming what was shown on the chart above.

Is there a reason for these cities to be so unaffordable? In the six years since “When the Bubble Bursts: Surviving the Canadian Real Estate Crash” first appeared I have heard many justifications for high prices in Canada. High rates of immigration, world class city status, foreign investor demand and many other tropes are repeated.

But none of those narratives justify such high prices, in my opinion.

These countries are in a major housing bubble and it is ready to burst.