The popular stock-trading application for new investors, Robinhood Markets Inc, was valued at about $11 billion in August. Launched in 2013, the app allows investors to trade stocks in small amounts for zero commission.

Robinhood has captured substantial market share in the online stock trading business, going up against giants like TD Ameritrade and E*Trade.

Are new investors and traders responsible for the success of Robinhood? Can it last?

The two young founders of Robinhood have taken on the big guys like Charles Schwab and E*TRADE (owned by Morgan Stanley) and are winning market share.

Robinhood has been so successful that there is talk of an IPO early next year. The interest from Generation Z and millennials has pushed the company into the big leagues.

In an interview with CNBC, one of the two founders Vlad Tenev said that young customers view “volatility and market downturns as buying opportunities”. 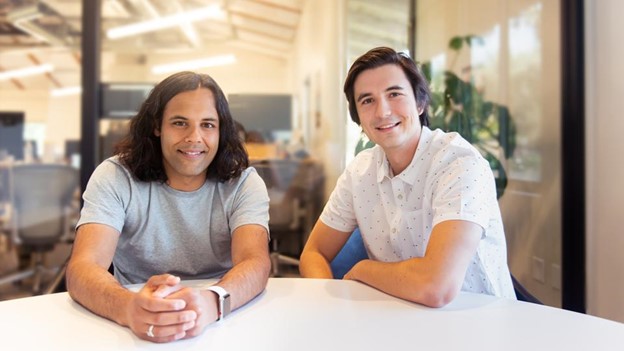 “They’re at the beginning of their investment journey and think they recognize that there’s many, many decades for things to smoothen out in from of them,” he said in the October 27 interview.

According to Tenev, the company added 3 million new accounts in the first four months of the year, a period which included the worst downturn in GDP since the 1930s and a 37 percent market crash.

Robinhood has been growing so fast that all other platforms for online trading dropped their commissions to zero this year to compete. On some days as much as two-thirds of all trades are generated by zero-commission trades.

Tenev said, “We kind of live in the intersection of capitalism, democracy and innovation.”

The stimulus checks from the US government, at $1,200 per person, were a major factor in generating trading activity.

Market discussions on Twitter and Reddit are popular sources to find trades that might generate a profit. The average account is between $1,000 and $5,000 and the low-cost platform claims to have saved these investors about $1 billion in commissions.

About half of Robinhood’s revenues come from selling its order flow to traders like Citadel Securities, companies that were exposed in the Michael Lewis book, “Flash Boys”. These traders, called high-frequency traders, profit by making millions of trades for tiny spreads that take advantage of slower traders who are unable to match their speed. The high-frequency traders go to great lengths to gain an advantage, even placing their powerful computers on the trading floor of the NYSE to avoid the nanosecond delay that would come from being positioned further away. The high-frequency traders pay Robinhood generously to direct their order flow to them.

In 1999 I wrote a book called, “Investment Traps and How to Avoid Them” which alerted investors to avoid mistakes that come from succumbing to the “buy-high and sell-low” traps that appear from time to time. At that time, the obvious buy-high trap was the dotcom, internet stock bubble that inflated stock prices to 42 times earnings on the S&P 500.

Today that mentality has reappeared, highlighted by new services like Robinhood. The appeal of quick profits and instant access on the smart phone have fueled this hot market.

The remarkable price gains of leaders in the renewable energy sector, like Tesla, are reminiscent of the 1999-2000 bubble period and show that momentum trading is in full control.

Like the 1999-2000 bubble that peaked in March 2000, the euphoric valuation of this market cannot last forever.