At more than $500 billion in value, Tesla will be one of the most valuable in the index, giving the maker of electric vehicles a ranking in the top ten by size.

Since there are many index funds and fund managers that track the S&P 500, the addition of a large company like Tesla to the index will augment institutional buying of the stock. 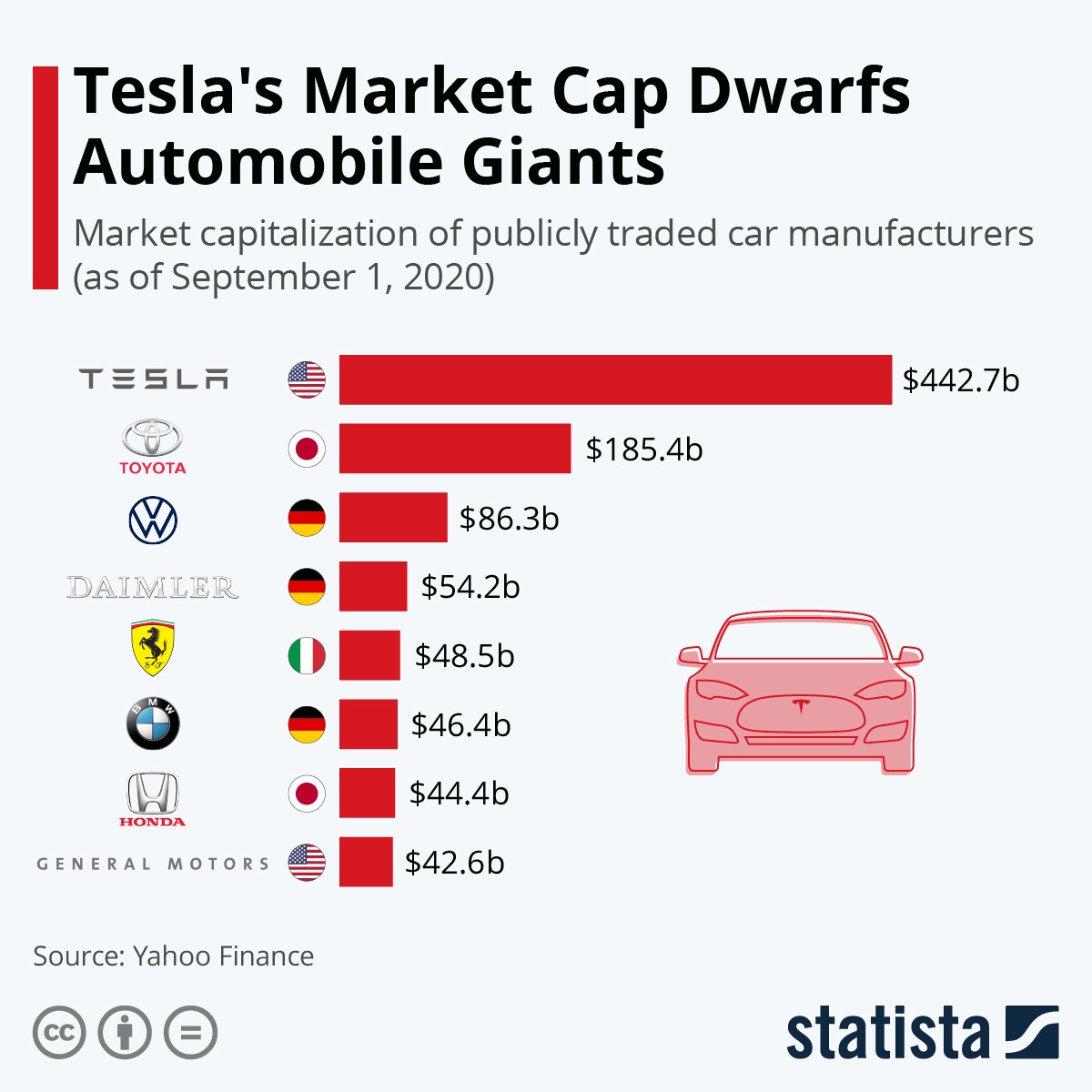 Elon Musk, founder and CEO of Tesla became the third wealthiest person on the planet this week as Tesla shares hit $500 after the S&P announcement.

The committee that controls which companies are included in the most important stock market index, the S&P 500, decided to put Tesla in as of December 21. Tesla has met all the qualifications for inclusion for many months now, and when the September rebalancing of the index skipped over the company most observers were surprised. 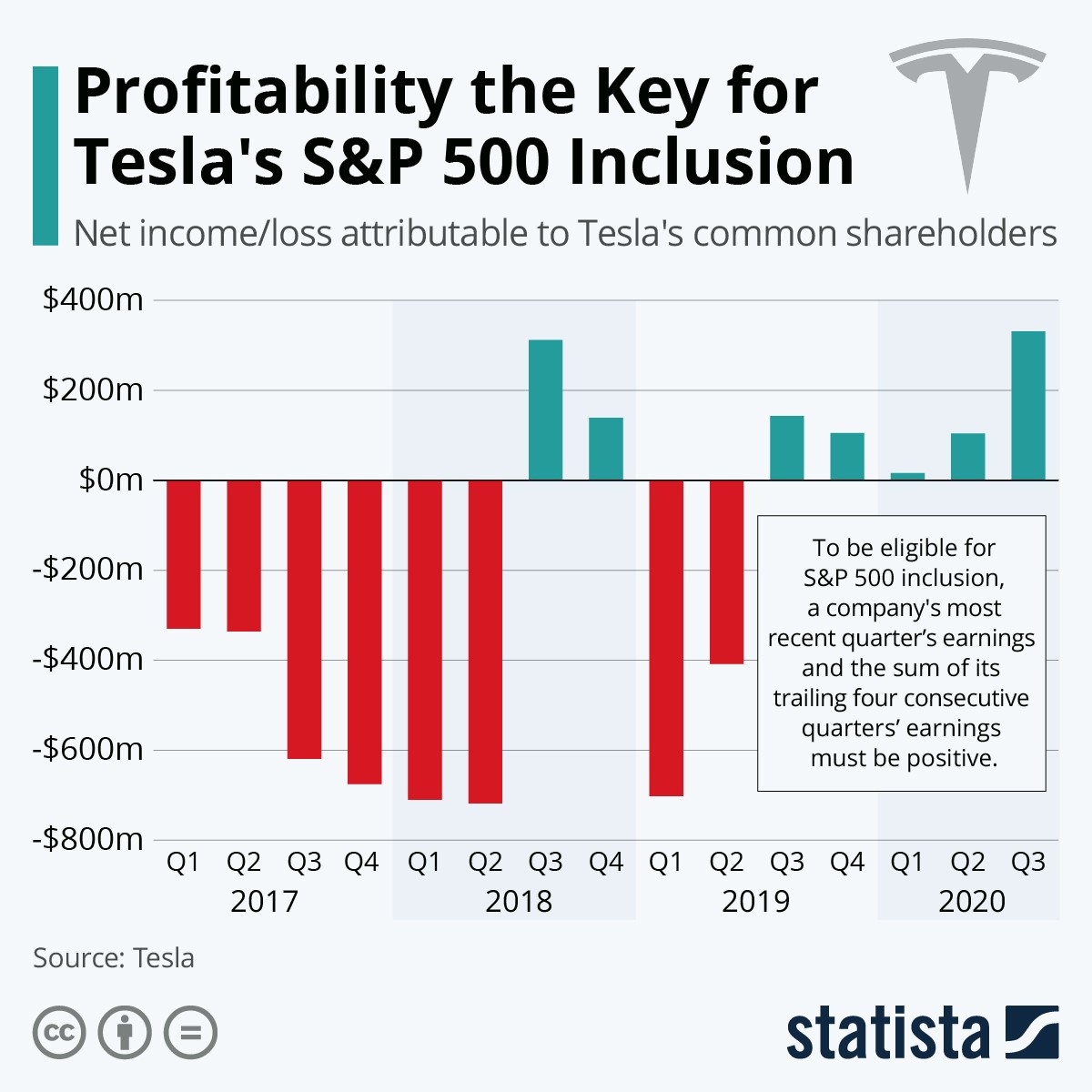 Now that the waiting period is over, money managers are stressing over how to acquire enough shares in Tesla to ensure that they will match the performance of the index. There are passive funds, like the SPDR S&P 500 ETF Trust (symbol SPY) which must include Tesla in proportion to the size of the company, based on the trading float of the shares. While the company is worth $500 billion, ranking it about sixth or seventh after Apple, Microsoft, Amazon, Facebook, Alphabet, Berkshire Hathaway and JNJ, Elon Musk holds about 20 percent, so the float is about $400 billion.

Funds will have to buy an estimated total of about 200 million shares of Tesla, more than one quarter of the 750 million trading shares, assuming Elon Musk will not sell any. This will be difficult, perhaps even impossible, to accomplish in just a few days or weeks of trading. The buyers of Tesla cars and Tesla shares are very loyal to their possessions and are unlikely to be willing to sell, even if they are offered a ridiculous profit.

There are about $11 trillion invested in index funds and managed funds that track the S&P 500. Tesla will have a weight comparable to Berkshire Hathaway at 1.5 percent of the index. Countless other money managers, sometimes called closet-indexers, will want to hold Tesla even though they do not officially track the index since they will want to ensure their performance does not fall behind the S&P 500 with Tesla. Of course, many of these fund managers may have already invested in Tesla before the announcement.

Short sellers borrow the stock to execute their short sale. About 47 million shares of Tesla have been sold short, or about 7 percent of the float. These short sellers represent additional buying pressure if they are forced to cover their short sale when institutions are trying to buy shares to match the index.

One way to ease the pressure would be for Tesla to issue new shares, at current prices. An offering of one to two hundred million new shares would make life much easier for the funds, while Tesla could raise some money to pay for the new factories in Austin, Texas and Berlin, Germany. But Tesla has no need of money as there is $14 billion in cash on the balance sheet and positive cash flow every quarter.

During December 2020 as the 21st day approaches, trading on Tesla shares will be interesting.