Bank of Canada runs out of ideas

Monetary policy, as practiced by central bankers around the world, has been ineffective for most of the last decade and longer.

In the current crisis, their traditional toolkit, which focuses on manipulating interest rates, has failed.

Is there more that the Bank of Canada can do during this economic emergency?

Here is an excerpt of an interview with a central banker:

“So, it is fair to ask what we would do in the unlikely event that the economy was hit with another major negative shock, one that significantly threw off our projection. With the economy already exhibiting slow growth and interest rates already very low, there would appear to be very little room to manoeuvre. Indeed, the Bank’s policy rate today is 0.5 per cent, just one-quarter point above the record low set in 2009, a dark time for the global economy.”

That was Stephen Poloz, then head of the Bank of Canada, speaking to MacLean’s in 2015. Poloz goes on to suggest that the BOC has more extreme measures that could be enacted in the event of a “major negative shock”.

The two remaining unconventional measures, large-scale asset purchases and negative interest rates are on the top of the list to be used during this emergency.

Large-scale asset purchases, also referred to as quantitative easing (QE), involves buying financial assets such as government bonds, mortgages, and corporate bonds from the private sector. The most important impact of this activity is to lower the interest rate on the securities that are purchased. Central bankers have been using this tool since 2009 with limited success. The BOC’s QE in 2020: 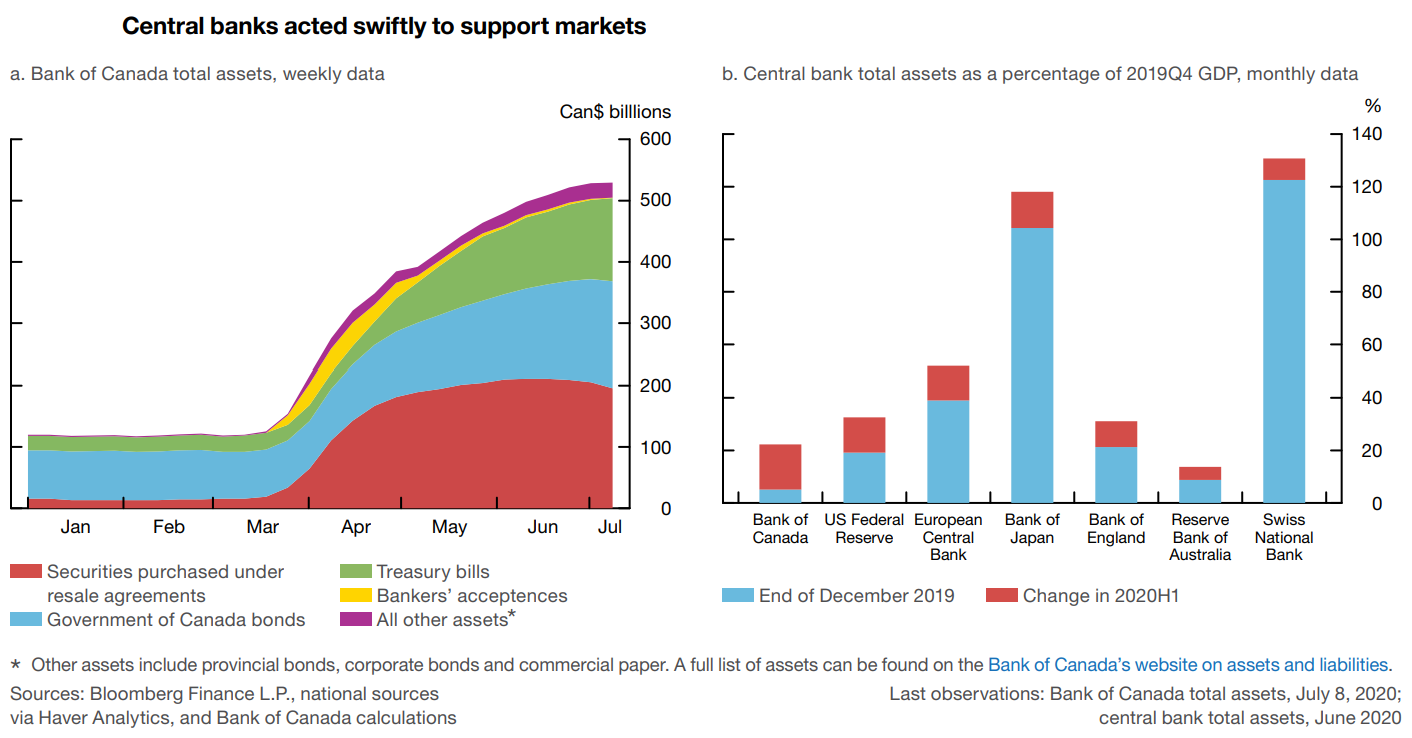 Low interest rates by themselves are not enough. 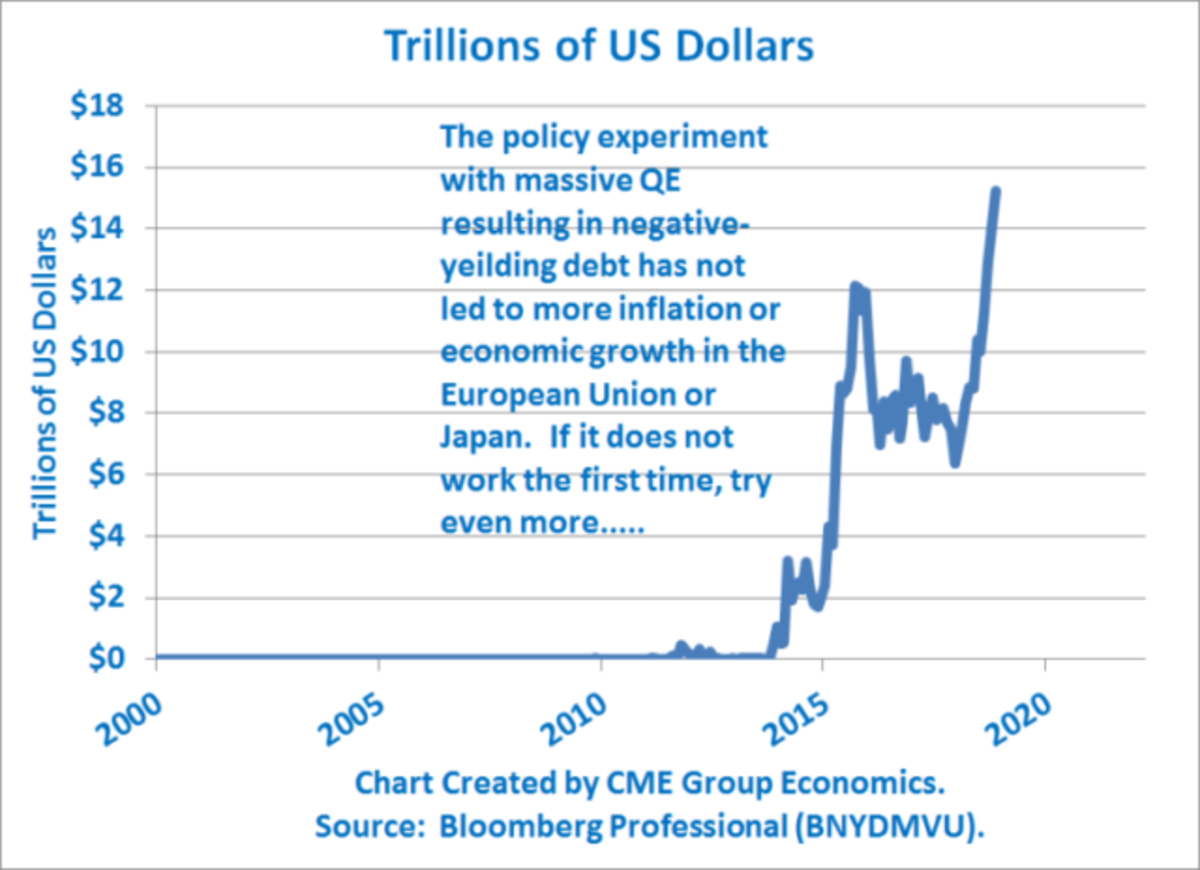 From an article in September 2019 called “The Federal Reserve is out of options”.

Economist John Maynard Keynes concluded that, in a severe economic downturn like the Great Depression of the 1930s, monetary policy did not work. In some circumstances the liquidity preference for cash among households and businesses is so strong, due to fear and uncertainty, that there is no interest rate or QE policy that can force consumers to spend more and businesses to invest. 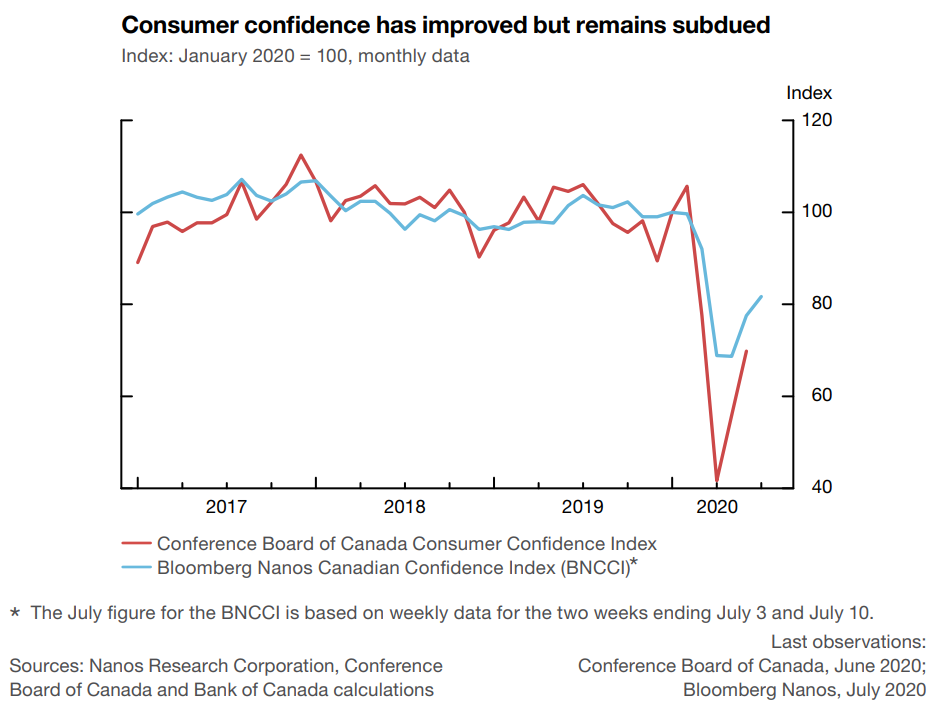 This is happening when households have lost about $21 billion in employment income, but government transfers have increased by $54 billion. Many consumers have taken deferrals from payments for mortgages, auto loans and credit cards although these deferrals expire starting in the next three weeks.

The MPR concludes with “Alternative Scenarios and Risks”. On the downside a second wave of COVID-19 could lead to “widespread household, corporate and sovereign defaults given elevated debt levels” and “a much weaker scenario [that] could crystallize the risks associated with high household indebtedness.”

On the upside the BOC says that, when confidence returns, large household savings could become pent-up demand.

As the deferral cliff approaches, I would be more concerned about downside risks, given the lack of effective policy tools available to central bankers.