Democratic Presidential nominee Joseph Biden unveiled his clean energy platform this week, which shows an increased willingness to move closer to the progressive wing of his party.

The $2 trillion spending proposal is over four years, a dramatic change from his previous campaign promise of $1.7 trillion over ten years.

If Biden wins in November, should investors shift their investment strategy to clean energy?

The website Predictit suggests that Joe Biden has a 62 percent chance of winning in November 2020. Three months ago, President Trump had a slight lead over Biden, who was rated at 45 percent. Then Covid-19 and the recession happened, and Biden surged ahead.

A well-known polling website FiveThirtyEight shows Biden with a lead at 49.9 percent versus 41.5 percent for Trump, using an average of all election polls. This gap has widened significantly since March 2020 when the two candidates were only about 4 points apart.

So, investors should start to take a close look at the Biden platform as it is possible that he will be sworn in as the next President in January 2021.

In his clean energy plan Biden is promising that all power generation will be “emissions-free” by 2035. Coal-fired power plants have been in decline for years in the U.S., but this bold proposal would require that both coal and natural gas power generation go to zero in about 14 years. No forecasters that I could find predict such an abrupt change to power generation.

His platform calls for incentives to trade internal combustion autos for electric, the buildout of 500,000 charging stations, the upgrade of 4 million buildings and retrofitting of 2 million homes, 500 million solar panels, 8 million rooftop solar panels, and 60,000 made-in-America wind turbines. 500,000 electric school buses and 3 million zero-emission public sector vehicles would be added. Biden’s emphasis is the creation of jobs in the U.S.

Bloomberg New Energy Finance predicts that wind and solar electricity generation will surpass coal-fired power in the world by 2032, but this new proposal would accelerate that trend. Today, coal-fired plants generate 37 percent of electricity in the world.

According to “Global Trends in Renewable Energy Investment” renewables were the biggest source of new power additions in 2019. But coal and natural gas were still more than 20 percent of the total added. 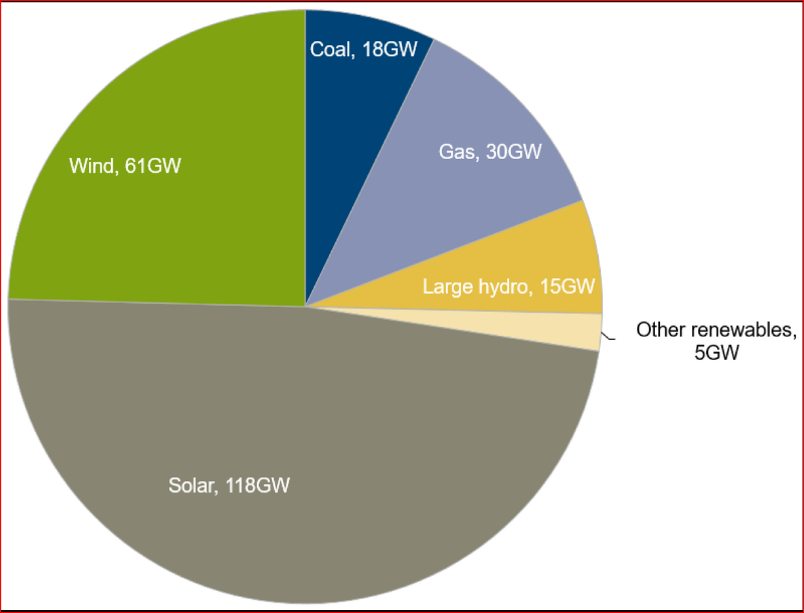 The stock market seems to have recognized this trend already, as some of the biggest winners in the last year were in renewable energy.

The Invesco WilderHill Clean Energy ETF PBW gained 19.88 percent year-to-date versus 12 percent for the NASDAQ Composite Index. This gain would be exceptional in any year but given that markets have struggled with the impact of COVID-19 and a severe recession this performance is truly remarkable.

If investors shift to a positive view on renewable energy and if institutional money decides to make a serious commitment, there will be a scarcity of investable companies to absorb that buying power.

Investing in renewable energy could get very interesting in the coming years.