The debate over negative interest rates gets hot

On May 13, 2020 Federal Reserve Chair Jay Powell made a virtual speech warning about the weak U.S. economy, suggesting that fiscal and monetary policy makers must rise to the challenges caused by COVID-19.

Since the Fed has already cut interest rates close to zero, announced unprecedented amounts of asset purchases and emergency lending programs, investors are wondering if the Fed will take interest rates below zero, into negative territory.

Are negative rates coming to North America? Would they help?

Futures contracts on interest rates have already dipped into negative territory for contracts that mature in the spring of 2021, even though Powell said the Fed was not considering that policy.

“I know that there are fans of the policy (negative rates), but for now, it’s not something that we’re considering.” That is a denial, but he did not rule out negative rates.

President Donald Trump does not agree with Powell. He wants negative rates, saying, “I feel strongly we should have negative rates.”

The Fed does not want negative rates now because the Fed would like more fiscal spending and wants to see Congress vote for a bigger stimulus package.

The argument for sub-zero rates is that they would encourage holders of cash to purchase riskier assets, or to invest in new projects like building new plants.

But the Fed is worried about the impact of negative rates on the financial system, money market funds and banks. And the Fed is aware that negative interest rates have existed in Europe since 2014 and in Japan since 2016 without any substantial improvement in their economic growth. 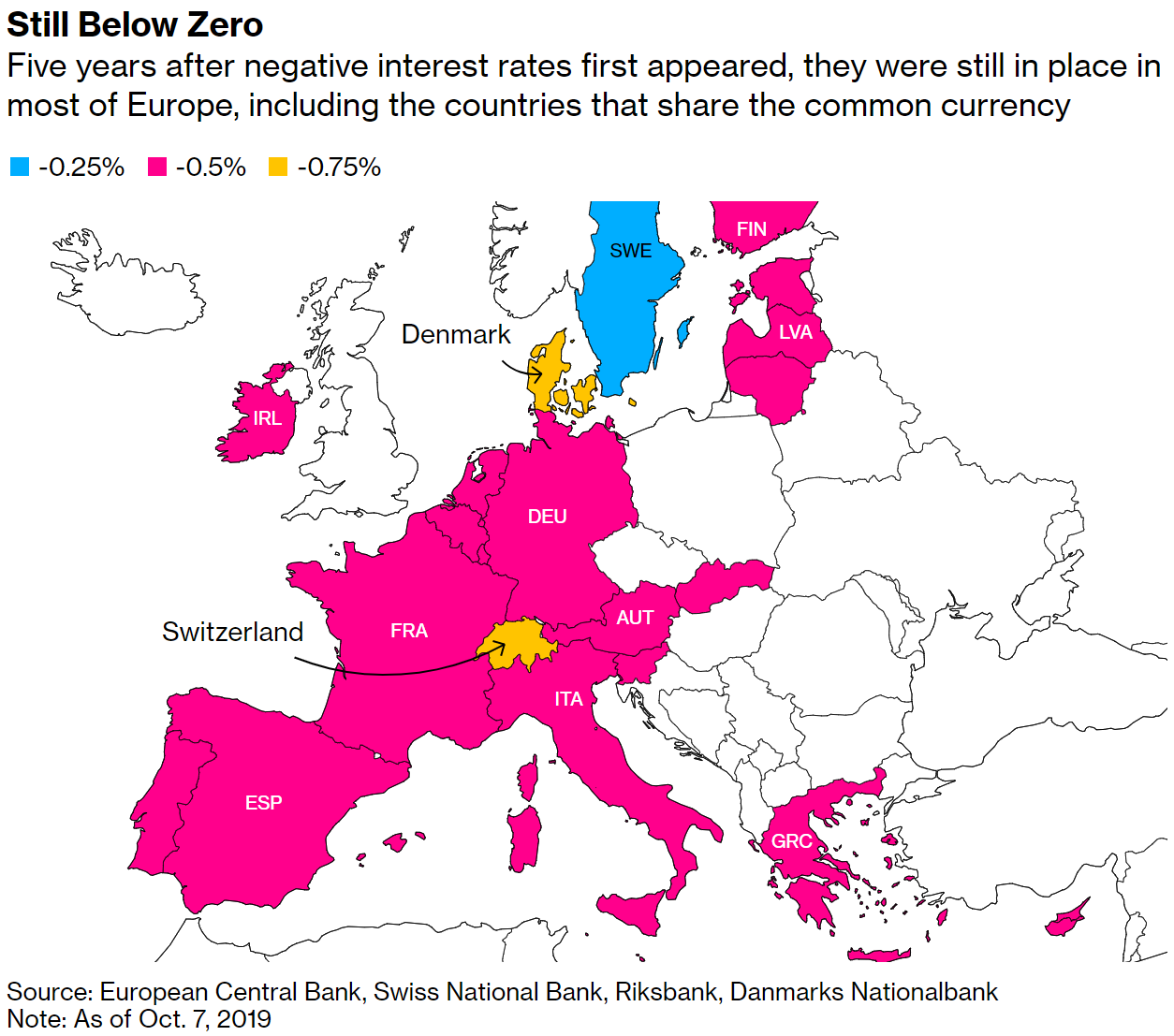 BCA Research in a May 12 report says, “It is always possible that the Fed’s view of negative interest rates will change …. (but) The Fed still has other zero-low­er-bound policy options it can deploy before it gets desperate enough to re-consider negative rates.”

Policy makers worry that negative rates will encourage bubbles in stock markets and speculation on housing with risky borrowing. And savers get upset when they cannot earn anything for their efforts to save money while others who borrowed aggressively are rewarded.

President Trump pressed the issue the day before Powell spoke, tweeting, “As long as other countries are receiving the benefits of Negative Rates, the US should also accept the Gift.”

Peter Schiff, a well-known gold bug retorted, “Negative rates are not a gift. They are a transfer of wealth from savers to debtors.”

Negative rates have had little impact when they have been tried. In this COVID-19-induced recession they are not likely to work in the U.S. either, because negative rates do not change sentiment. If people refuse to spend because they are afraid, what difference will it make if rates go from plus 0.5 percent to minus 0.5 percent? People will still be too worried to make risky investments or to increase their spending.

Most economists advocate for supporting for a weak economy through increased government spending. This is already happening under the CARES Act that brings the combination of wage and UI benefits to about $20 per hour or $1,000 per week for many people. But it is likely that more stimulus will be needed as these programs are temporary.

With the U.S. government reporting a seven-month deficit of $1.5 trillion, it will be difficult to get a political consensus to spend even more. Government outlays are up 29 percent already this year.

If things get worse, negative rates could be coming, but they will not help much.

The bigger debate will be about increased government spending during this era of massive deficits.