Canada feels the impact of a recession

The Bank of Canada could play a key role in mitigating the economic impact of the recession. And the government of Canada will dramatically expand its role as lender, and spender, of last resort.

This week both the Bank of Canada and Statcan reported on the troubled economy.

What can Canadians expect during this recession?

This report appears a few times per year and usually includes a forecast of economic growth, among other things. Often the report refers to Canada’s private sector debt or “froth” in the Canadian housing market. This time the BoC omitted their economic projections, saying that forecasting cannot be done “with any degree of confidence” due to uncertainty from the impact of the COVID-19.

And this MPR, while it carries some information about the expected severity of the correction, does not mention housing, mortgages, or some other sectors in the economy.

The MPR does discuss the downturn in energy, an important part of the economy. The supply glut of oil caused by increasing shale oil production in Texas and higher oilsands production has been met by a collapse in global demand for oil because of the global recession and COVID-19. 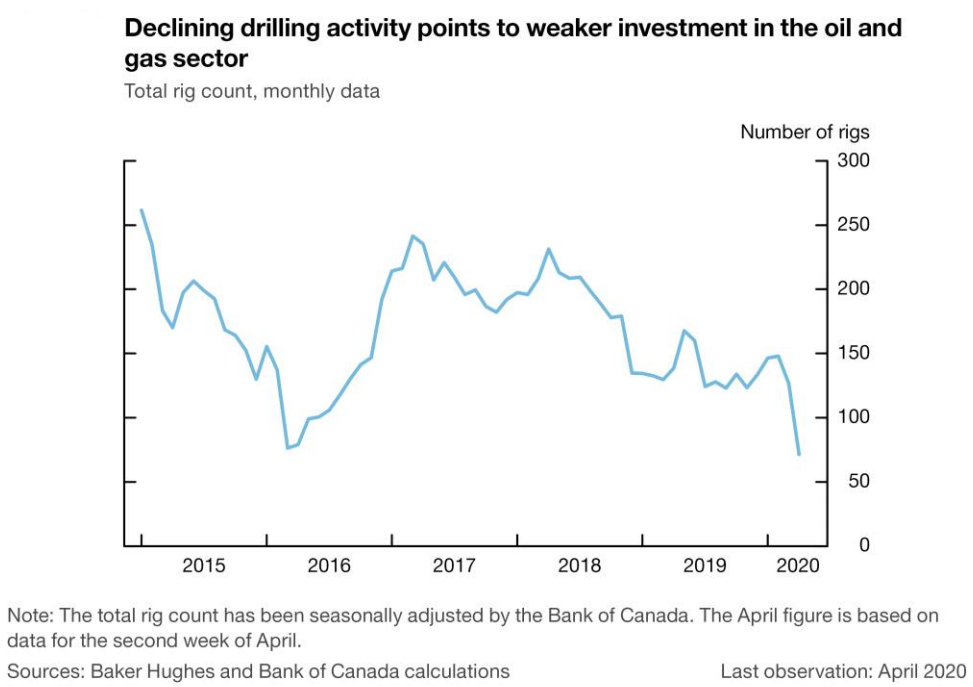 The MPR also refers to the unprecedented and sudden jump in the number of unemployed Canadians and the dramatic drop in demand for purchases of goods as people stay home.

Statcan released a preliminary flash GDP report for the month of March this week. This report stated that Canada experienced the sharpest monthly GDP decline going back to when records began in 1961.

Here’s an excerpt from this release:

The excerpt shows that authorities are focused on hard-hit sectors like tourism, restaurants, and hotels and oil, but this report did not mention real estate or related activities.

The Q1 quarterly report will not include much impact from COVID-19, due to timing. The 2nd quarter GDP report will show the effect of COVID-19, but it will not be released until summer. By then we can expect to see a substantial impact from the global recession on other sectors.

The Bank of Canada is still optimistic that Canadian borrowers will continue to be able to access the credit they need to get through this difficult time. Here’s a quote:

The BoC will ensure that lending dollars keep flowing, even if commercial banks are reluctant to make loans. If the government wishes to spend more money, it can use the BOC to provide loans. Just as a young couple can go to a bank for a mortgage, the government can refill its own bank account by visiting its banker, the BOC. With a few keystrokes in a computer, money appears in government accounts. These government loans create new money that the economy might need to bolster demand.

The real estate sector of the economy is a major component of GDP and is very dependent on credit. When both the BoC and Statcan omit mention of this key sector, it could mean that they do not see any problems there. Or, it means the outlook is too frightening to discuss.

At 8 percent of GDP, the sub-sector of “private residential investment” is a significant component, approximately the same as “energy”. The broader category, “real estate, rental and leasing,” is much larger, at 12 percent of GDP.

During this recession, residential investment will plummet and could drop by the same percentage as happened in the U.S in 2006-2010. 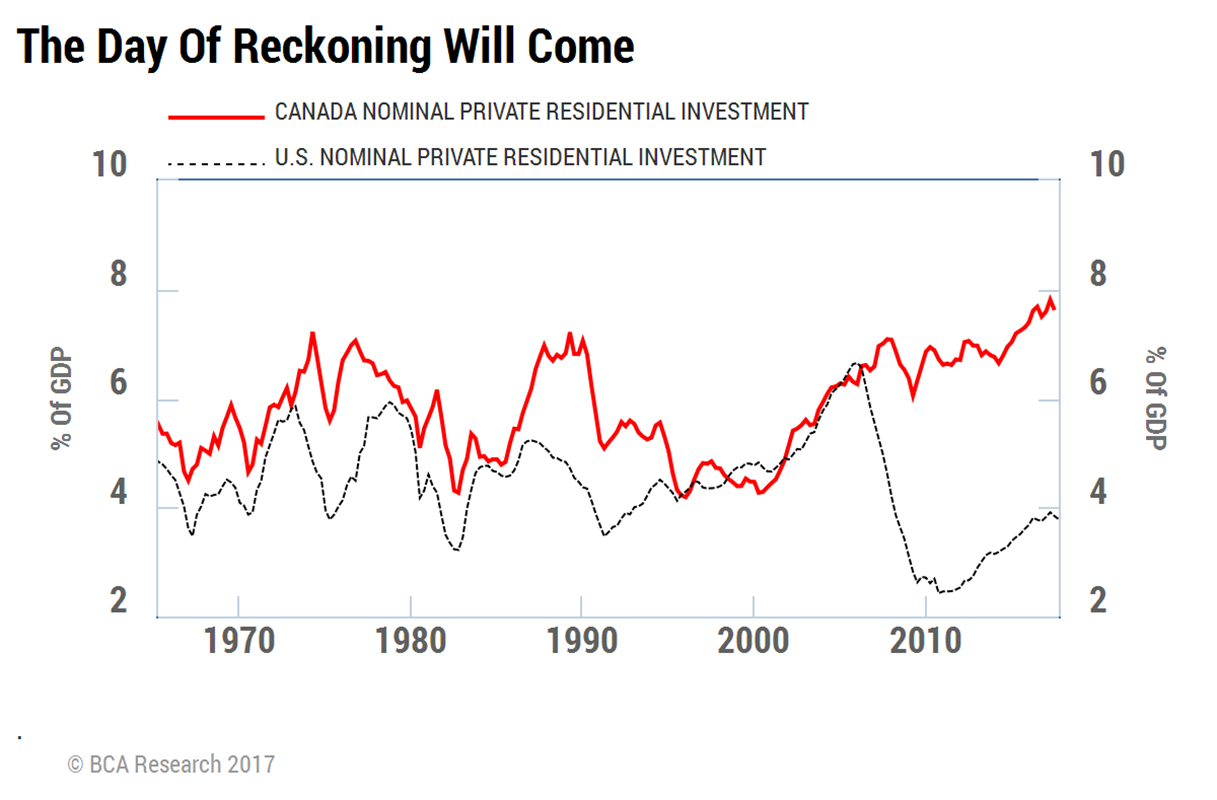 Canadians should demand to see more discussion of other important GDP categories, like real estate, in future reports.