Dare to look to other stock markets

Since the March 23 bottom the stock market has rallied hard, retracing more than a third of the lost ground.

Some traders and computers running algorithms have jumped back into the U.S. market.

Is the U.S. market still the best bet?  Or is it time for traders and investors to look elsewhere?

Spoiler Alert: We believe that the bear market in U.S. stocks is not over. Better buying opportunities in U.S. stocks will appear, although traders who bought on March 23 are looking good now.

As described in the March 20 Weekend Note, valuation is the most important factor when trying to determine the start of a new bull market.

Valuations are not cheap enough, yet, in the S&P 500 to attract value investors. But some other markets are showing good value.

The Shiller CAPE shows that U.S. stocks are still expensive. On March 19 the CAPE had reached a level of 22, which is not nearly good enough value. Since then the rally has pushed this measure back into even more expensive territory. 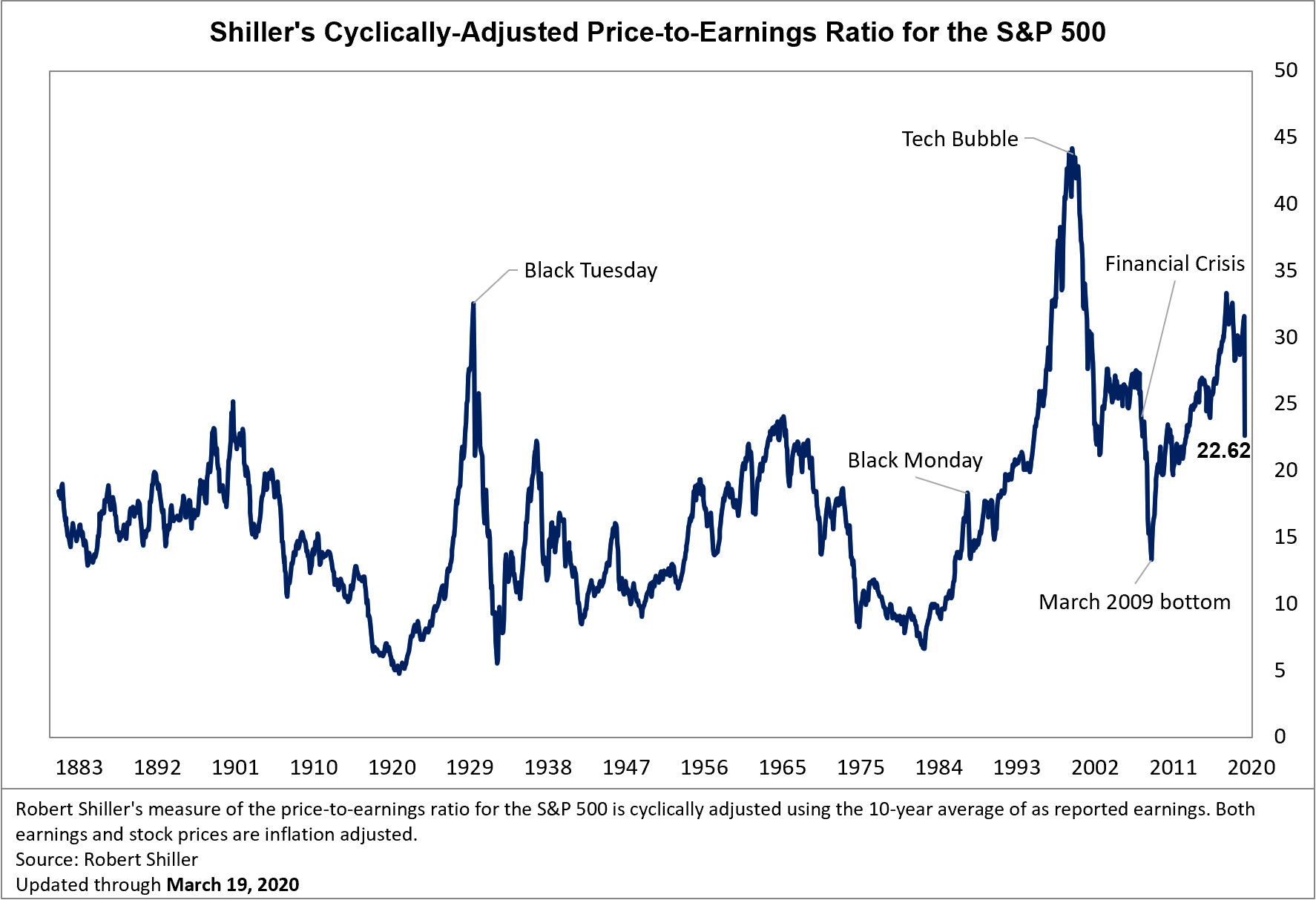 The U.S. market is 60 percent of the value of world stock markets, but there are other options.

One of the remarkable aspects of the last couple of months is an outflow of funds from emerging markets at the most rapid pace on record. All else being equal, this should make emerging market stocks relatively cheaper than U.S. stocks. 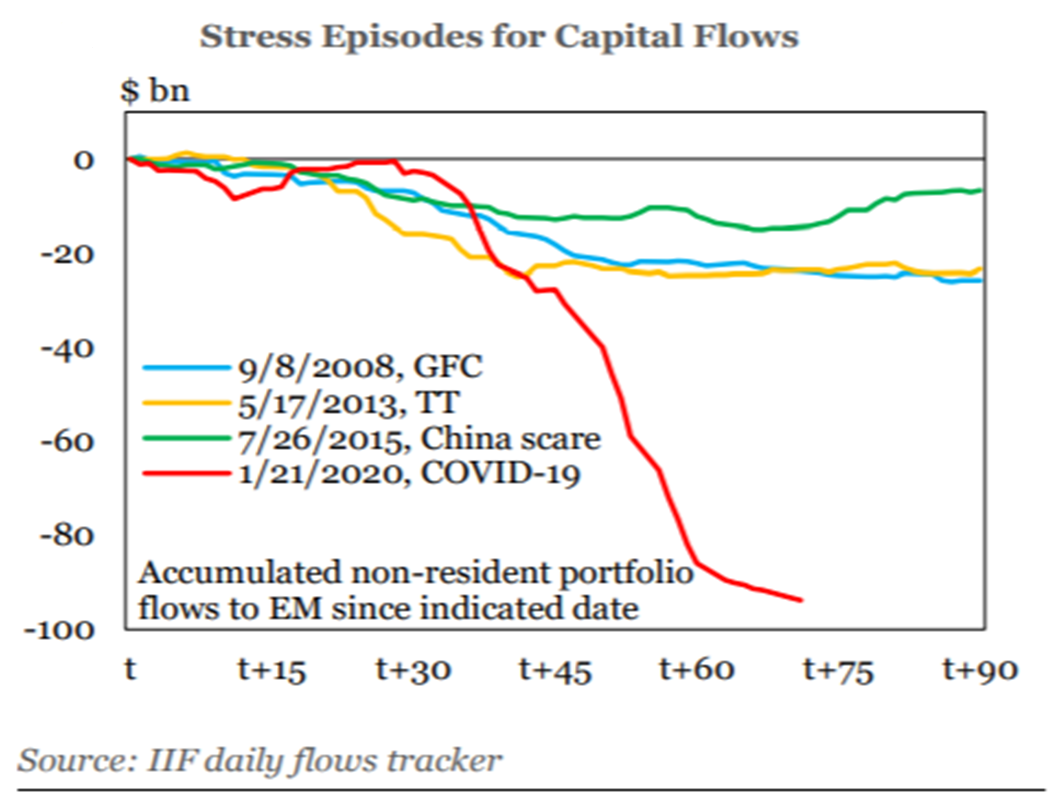 Starting in mid-January, when China first revealed that COVID-19 was a problem in Wuhan, emerging markets suffered a massive outflow of investment dollars. Investors redeemed shares of ETFs that invest in China and repatriated those dollars to developed markets like the U.S.

Analysts at the institutional investment firm, GMO LLC, led by Jeremy Grantham have studied markets for decades. They believe that the U.S., and other developed markets, will offer poor returns over the next seven years.

In March 2020 James Montier of GMO published a report, “Dare to be different,” stating their preference for other markets, especially emerging markets.

Led by China, EM markets trade at substantially cheaper valuations and have already reached that “extremely cheap” valuation range. GMO holds about 30 percent allocation to “emerging market value” equities and no exposure to U.S. stocks. On the Shiller CAPE I consider extremely cheap begins at 10.

This bear market also impacted the performance of the largest EM ETF, iShares MSCI Emerging Markets (symbol EEM). Although emerging markets were already much cheaper than the S&P 500, EEM still sold off 31 percent. Now EEM is below 10 on CAPE, in the very inexpensive category. While the S&P 500 has rallied 37 percent since the March 23 bottom, EEM is up about 20 percent. 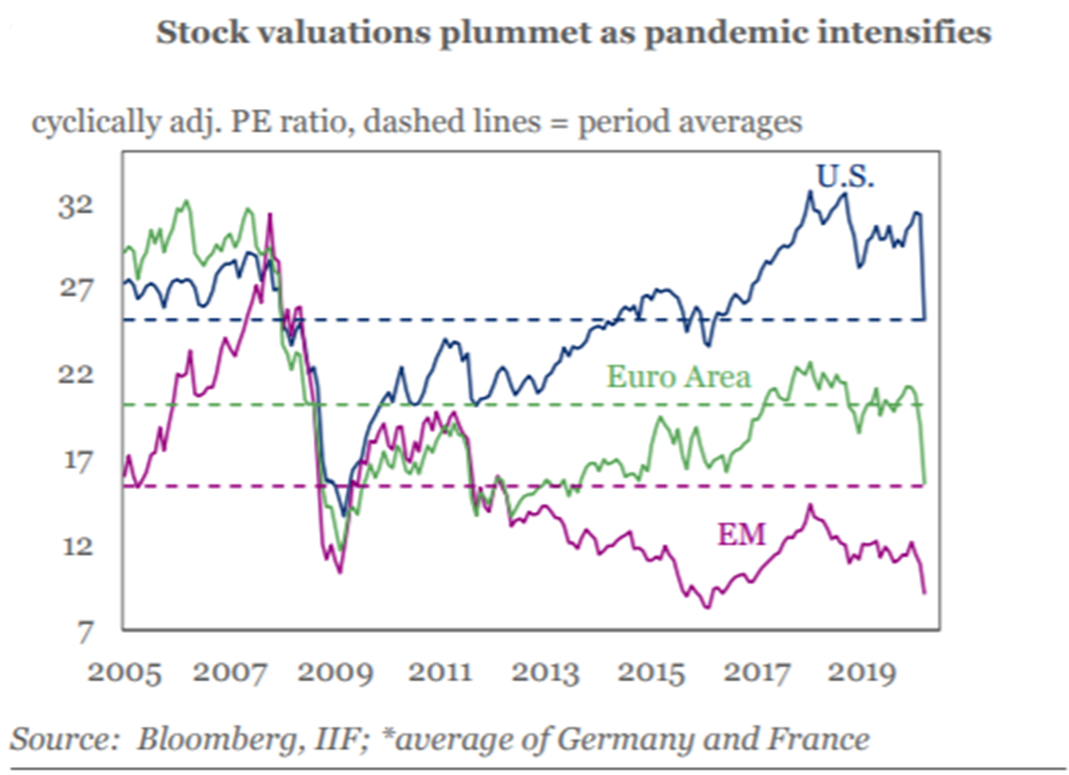 The average valuation for EM has been lower than the U.S. for the last fifteen years. And in the March sell-off the EM index ventured deeper into the territory below 10. The EEM ETF, which tracks the MSCI Emerging Markets index, is 40 percent China, 12 percent Taiwan, 11.5 percent South Korea and 7.5 percent India.

Note that EM is well below the 2009 bottom, when all three markets were valued similarly, while the U.S. market is now much higher and more expensive.

For people who find it impossible to wait for the COVID-19 bear market to run its course, a move into Emerging Markets could be a much better bet than just buying the S&P 500.

As Montier would say, dare to be different.