The stock market looks past the new coronavirus

The coronavirus that originated in Wuhan, China is causing worry all over the world, as the virus appears to cause severe sickness in about 20 percent of confirmed cases, and death in about 2 percent.

The stock market is near record high levels, having taken a mild dip when the virus was first reported, and has now recovered.

Is the stock market too complacent over the new coronavirus? 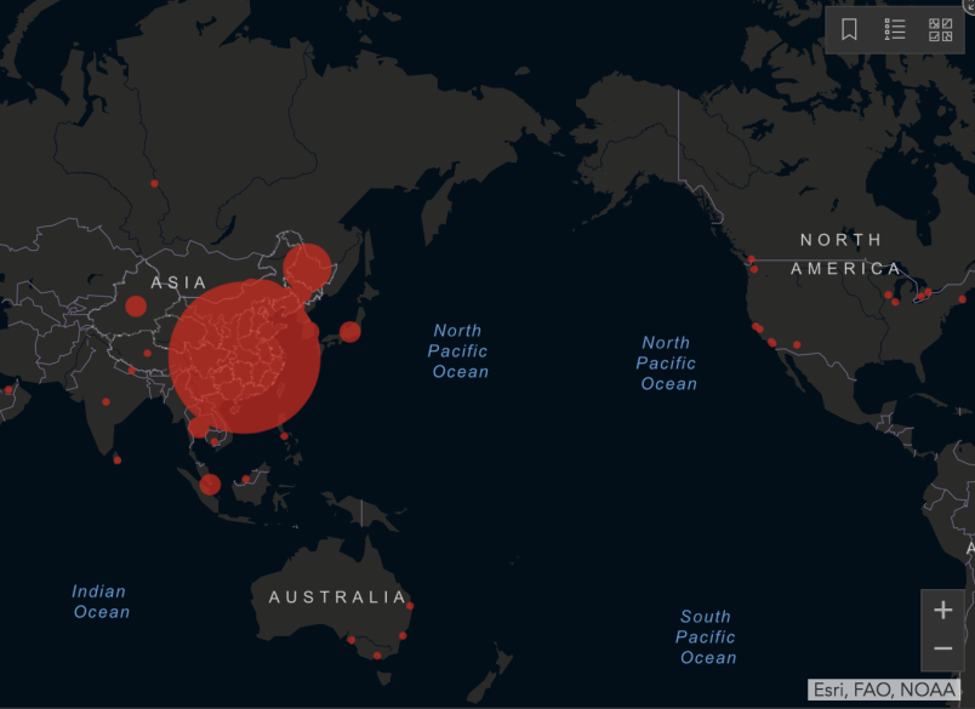 The estimated 2 percent death rate is likely overstated as the number of confirmed cases is vastly understated as many milder cases are not reported. For comparison, the death rate from influenza is about 0.1 percent.

Professor Neil Ferguson of Imperial College London estimates that this virus will eventually be comparable to a major influenza pandemic at 1 percent death rate. Ferguson and other epidemiologists suggest that there may be 10 times more cases than have been reported as only 1 in 19 persons are tested.

But the stock market isn’t concerned, yet, about a major pandemic, even in China where efforts to contain the virus will have an impact on GDP early in 2020 and perhaps well beyond. China’s economy is about 16 percent of the world economy so that economic impact will be felt all over the world.

In 2003, SARS cut China’s output about 6 percent annualized for about 3 months. Using that as an estimate, China GDP growth could drop to zero for the first quarter, reducing world growth by about 1 percent overall. Since 2003 China’s economy has grown exponentially, with more than a five-fold increase in bank assets (loans).

China is also a big importer of goods from the rest of the world and important to supply chains for products like the iPhone and automobiles so China’s woes will be felt worldwide.

BCA Research estimates that world GDP growth will slow from 3.3 to 1.7 percent for the first quarter.

That estimate assumes that the number of cases worldwide will peak by the end of March 2020.

The U.S. stock market isn’t concerned. From January 17 to January 31, the two weeks after China first admitted to the problem, the S&P 500 declined 3 percent. Markets have recovered all of that and added more gains. This was a setback, not even a “correction,” which is defined as a 10-20 percent decline.

Stock markets are complacent because there has been limited spread to other parts of the world, and apart from cruise ships, air travel and tourism there seems to be only a small impact on business, so far. As well, markets expect China to introduce massive new fiscal stimulus to prop up its economy once the virus is under control.

The next set of financial reports in April will contain many negative surprises due to the virus. And, if companies have a material profit shortfall before then, they could pre-announce those at any time.

It could be that the stock market is dangerously complacent and there will be a delayed, larger reaction if the virus spreads substantially.

Or the stock market might be right in betting that the impact will be manageable, and the lack of a correction means that the virus will be only a mild event for the economy.

The prudent investor will assume there’s a more significant correction coming, in case the market is wrong.