The U.S. is close to self-sufficiency in energy, which is changing the balance of power in the world’s oil markets.

The price of crude oil surged briefly in the first week of January after the assassination of an Iranian general by the U.S. military. But the oil price came down to earth quickly, reflecting the supply and demand situation. At the end of the week the benchmark price of oil was more than $5 lower than it was in April 2019.

Is the U.S. energy self-sufficient? What is the future for oil?

Domestic production of oil in the U.S. reached 13 million barrels per day in 2019, up from about 5 million just ten years ago. This gain is attributable mostly to shale oil, which is centred in Texas and North Dakota.

The energy component of the U.S. stock market, as gauged by the S&P 500 Energy sector barely grew in the decade, gaining just 6 percent. The broader index, the S&P 500 almost tripled over the same period.

Profits from shale were elusive even as production nearly tripled, as costs of drilling and fracking made financial success difficult to achieve for explorers and producers.

According to Gregor MacDonald, author of the Gregor Letter, the U.S. has already achieved energy independence, although the country still imports oil. The energy balance sheet includes all forms of energy, such as renewables, coal and petrochemical imports and exports.

But even with just crude oil considered, the U.S. is much closer to balance. This will have a major impact on OPEC producers, and Canada, who provides the largest quantity of exports to the U.S.

In a report, Well, Wires, and Wheels … The Tough Road Ahead for Oil, Mark Lewis from the investment bank BNP Paribas argues that oil is already on a permanent declining path, as it is not competitive, at current prices, with newer sources of energy such as renewable electricity. Lewis calculates that the price of oil would have to decline to about $10 per barrel to be competitive. This won’t happen because many sources of oil, such as shale and the Canadian oil sands, cannot stay in production at those prices.

About half of the U.S. oil used today in the U.S. goes to power cars, trucks and other forms of transport. Lewis estimates that about 72 percent of that can be replaced eventually with electric power. Five percent of crude oil is used for power generation. 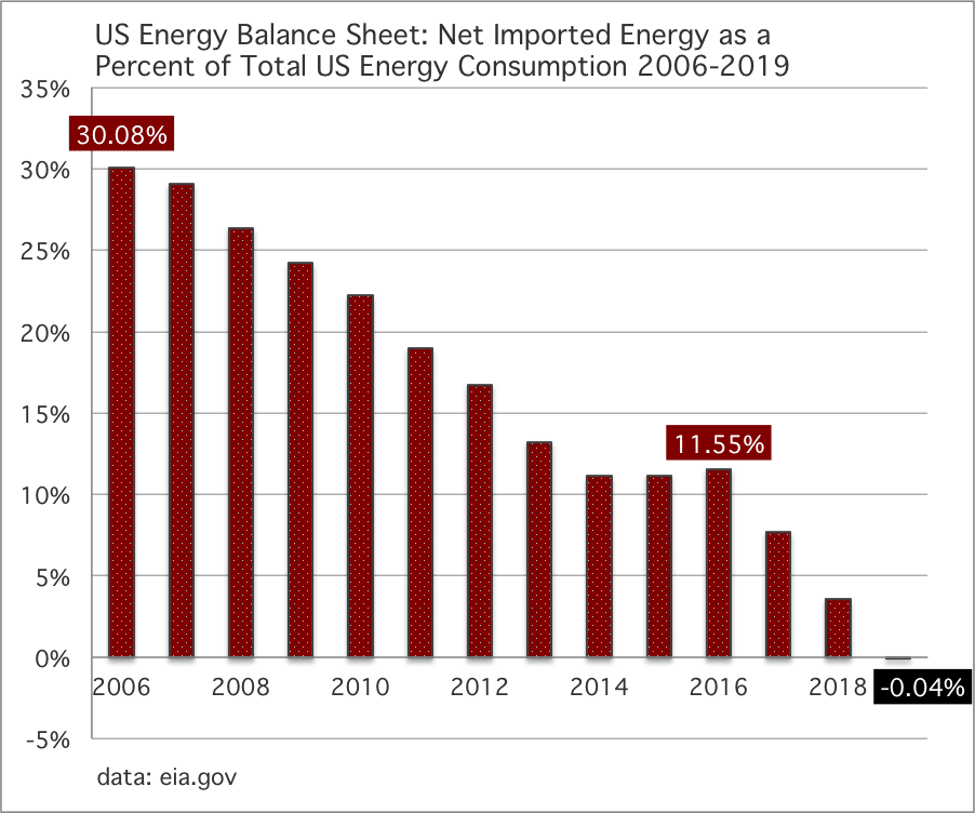 The demand for gasoline in the U.S. has plateaued and will decline from here, as cars use less fuel and people switch to electric autos. But the decline started even before electric cars became widely available.

As Macdonald says about the crises we saw in the 1970s:

“We should update our view of reality, and acknowledge that high-risk era is now over.”

Gasoline demand peaked about 13 years ago, while the economy has grown about 50 percent in nominal terms since then. Fuel efficiency and other factors are affecting oil demand in the U.S.

Expect weakness in U.S. demand due to lower usage from transportation and supplies that will be abundant unless prices collapse.