The U.S. obsession with Iran

People are wondering what will happen after the U.S. assassinated a senior Iranian commander, Major General Qassim Suleimani.

Iran is a long-time enemy of the U.S., after the hostage-taking of 52 Americans at the U.S. embassy in Tehran and the overthrow of U.S.-backed Mohammad Reza Shah Pahlavi, both events happening in 1979.

Is war inevitable? How would financial markets react?

America has a long-term obsession with Iran that goes well beyond any threat that country may pose to United States citizens.

Iran has one-quarter the population of the United States with an economy 1/50 the size.

The U.S. spends almost $750 billion annually on defense, while Iran manages to find only $15 billion for its military. The U.S. has the world’s largest arsenal of nuclear weapons while Iran has none.

What Iran has, according to an article in Foreign Affairs, “America’s Great Satan: The 40-year Obsession with Iran,” is a shoreline on the Persian Gulf which sees 20 percent of the world’s oil transit daily. And Iran has been enriching uranium that could be used for nuclear weapons, some believe.

The 2015 agreement between Iran and six countries (China, France, United Kingdom, Germany, Russia and the United States), known as the Joint Comprehensive Plan of Action, stopped Iran from developing enough enriched uranium supplies to make a weapon. President Donald Trump unilaterally withdrew from that agreement, even though International Atomic Energy Agency’s inspectors certified that Iran was keeping to the restrictions against enriching uranium.

President Trump decided instead to apply “maximum pressure” using severe economic sanctions. Iran’s economy is weak and getting weaker. Because of the US-imposed sanctions Iran was unable to sell some of its oil production, with a loss of revenue from 2 million barrels per day of exports. In May 2019 President Trump increased the pressure on Iran with even tighter sanctions. Iran’s economy shrank by 4.8 percent in 2018 and 9.5 percent in 2019. Unemployment reached 17 percent.

After the assassination, Iran announced an increase the pace of uranium enrichment. Also, this week Iran fired 15 missiles at Iraq, intending to hit a U.S. base, but there were no reported casualties, indicating that Iran didn’t want to escalate the conflict at this time.

While Iran has the capability to block oil transiting the Strait of Hormuz using mines, drones and missiles, that would provoke retaliation from the U.S. Any closure would be short-lived as the U.S. Navy can clear the mines and provide escort to oil tankers. The lack of a significant surge in the oil price indicates that market participants believe that Iran could not block the Strait for more than a week or two.

Iran’s development of nuclear weapons is more serious. Nobody in the region wants Iran to have nuclear arms. U.S. “hawks” like John Bolton recommended a preemptive strike against Iran’s uranium plants. Bolton left the Trump White House in September 2019, after a disagreement that allegedly was about President Trump’s willingness to ease sanctions and meet with Iran’s President Rouhani. 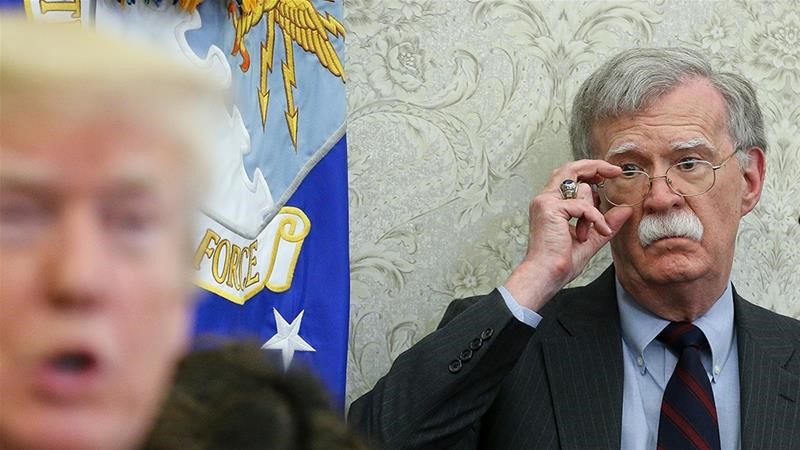 For the U.S. to justify a strike, Iran would need to do something that the world would condemn, such as an attack on Israel. Then the U.S. could persuade allies in Britain, Europe and elsewhere that Iran must be stopped. Such action would have a much long-lasting impact on financial markets.

Iran’s first move since the assassination indicated that it would stop short of giving the U.S. justification to launch a direct attack. Perhaps the U.S. and Iran can come to their senses before triggering an all-out war.