Canada, like some wealthy countries that receive substantial resource income, suffers from “Dutch disease”, according to some analysts. That label is used to describe a country that enjoys the income from selling natural resources but is hurt by the side effects of that activity, such as elevated currency valuation, inflated costs and atrophy of other important industries, such as manufacturing.

The term Dutch Disease was coined by The Economist newspaper in 1977 to describe the poor performance of the Dutch economy after a major natural gas discovery in 1959. That discovery, called the Groningen field, was Europe’s most productive natural gas field for years. The profits from natural gas pushed the Dutch currency higher and generated inflation, hurting the competitiveness of Holland’s export sector. Today the field is slated to be shut down by 2030 as earthquakes caused by the extraction are damaging homes.

Heated arguments over Canada’s “Dutch Disease” status occurred when oil prices were much higher than today. Mark Carney, then Governor of the Bank of Canada, dismissed the idea that Canada’s wealth from the commodity boom was a curse. In a 2012 speech, Carney suggested that Canada has a diversified economy and that Canada can survive with an economy that is less dependent on manufacturing. From 2000 to 2012 manufacturing had declined from 18 percent of GDP to 11 percent. Since 2012 manufacturing has continued to shrink, to just 10% of GDP.

Mark Carney argued that higher income from oil sands development, natural gas and other non-renewable resources outweighed any negative effects on the manufacturing sector and Canada’s competitiveness. His speech shows a remarkable complacency that the lifestyle enjoyed by Canadians was not at risk. “Higher commodity prices are unambiguously good,” he said.

One of the side effects of the resource boom was elevated confidence and increased borrowing power that allowed Canadians to invest unprecedented sums into residential real estate. By 2018 the category known as “real estate and rental and leasing” was substantially larger than manufacturing. 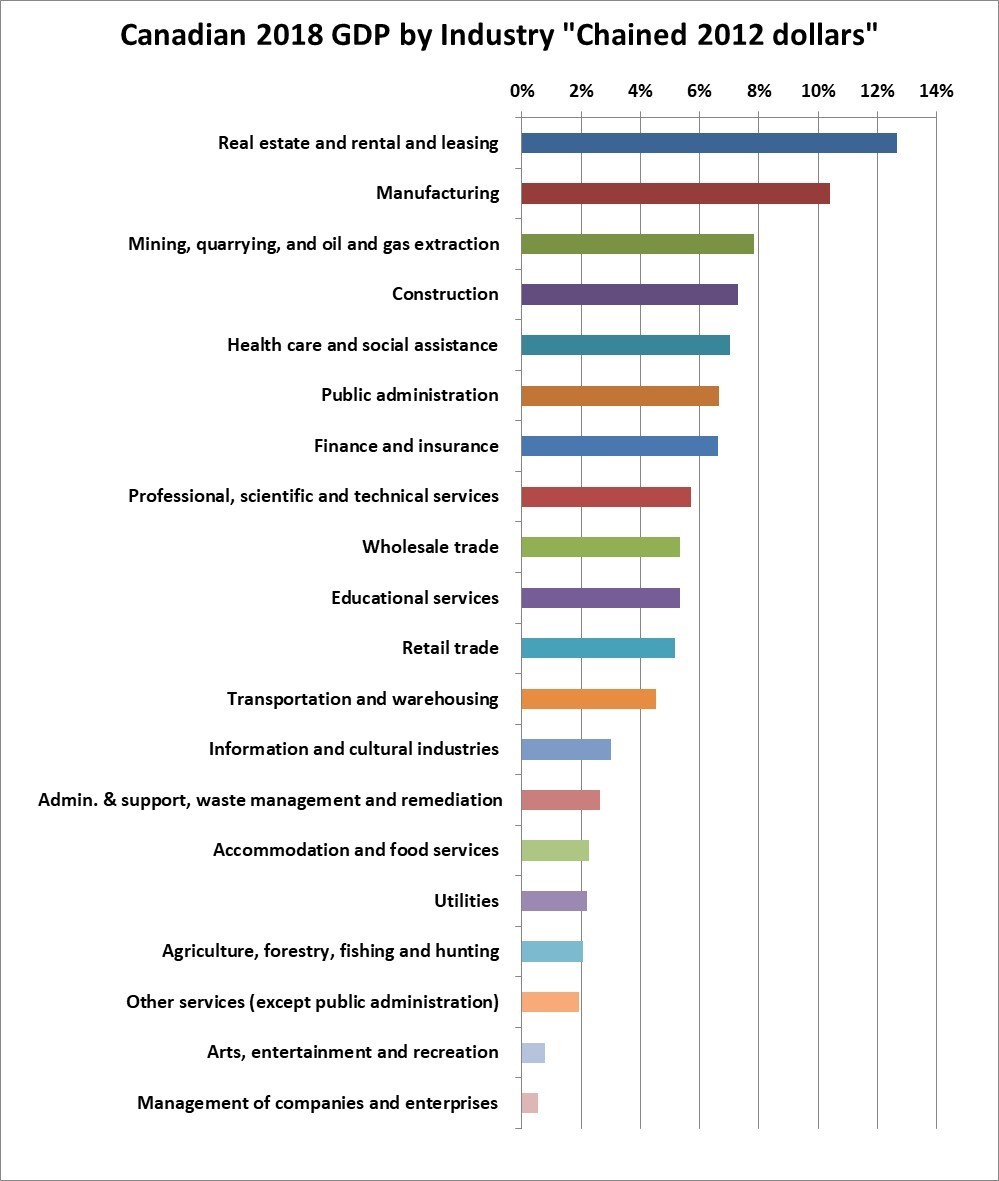 This flood of dollars into housing pushed prices into bubble territory, inflating the cost of living, as workers must have incomes that allow them to live near their place of work. 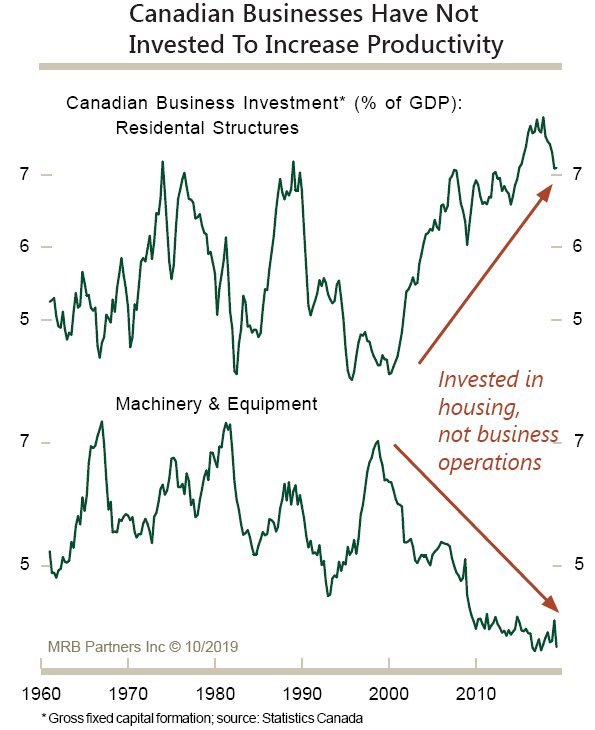 Canada ranks 14th out of 141 countries in competitiveness while the U.S. ranks 2nd. Canada scores below average on infrastructure, lack of investment in R&D and innovation capability in a 2019 Global Competitiveness study.

Referring to the GDP chart, combining “real estate” and “finance and insurance” gives a total close to 20 percent of GDP. This “FIRE” sector (finance, insurance and real estate) has expanded massively while manufacturing has declined in many countries. In 2009 the U.S. “FIRE” sector hit 21 percent just as the global financial crisis arrived.

As leaders start to discuss the possibility of an economy that is less reliant on fossil fuels, Canada has an urgent need to find activities that go beyond extraction of resources and expansion of the FIRE sector.

Canadians must embrace innovation if they are to avoid the worst side-effects of Dutch Disease.