Dr. Michael Burry, the lead protagonist in the movie “The Big Short” and successful speculator during the 2009 Global Financial Crisis, has called out the passive investing fad as a bubble that will end in a crash.

He says that “the longer it goes on, the worse the crash will be”.

Will the passive investing fad end in a crash? 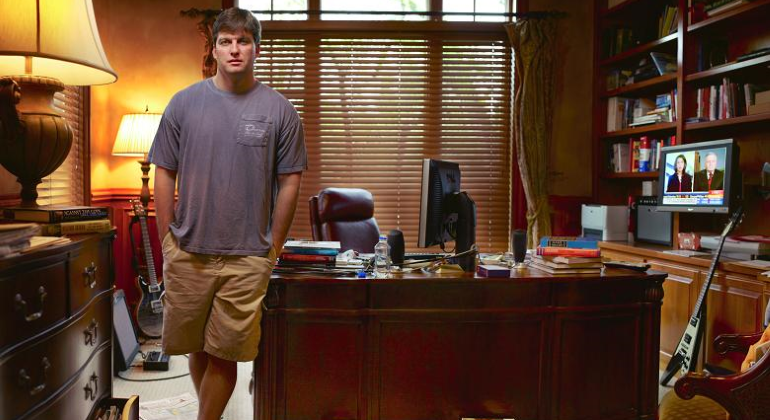 I wrote about the passive investment strategy, that uses exchange-traded funds (ETF), in March 2019 in the note titled, “Hidden Risks of ETF investing” where I outlined the dangers of the passive strategy and concluded that when the trend reverses there will be opportunities again for value investors.

I agree with Dr. Burry that the demise of the ETF fad will be a significant negative event for markets. It’s likely that it will happen during the next bear market. Because ETFs promise liquidity but cannot deliver on that promise when many people want to get out of their investments, the crisis in ETFs will be a major crisis for the markets.

Here’s a quick reminder on who Michael Burry is. In the Big Short movie (his character was played by Christian Bale) he sat barefoot in in his office listening to loud music and beating drums while he fought with Wall Street and waited for his bets against sub-prime-related investments to pay off.  He had been a neurologist but quit that profession to become a full-time investor.

He had heated confrontations with investors in his fund who had lost patience waiting for the housing market to crash and wanted to get their investments back. One of his very first large investors was Gotham Partners, which is run by Joel Greenblatt, the creator of “Magic Formula Investing”. Greenblatt flew out to California and demanded his $100 million back from the fund, threatening to sue Burry. In the book by Michael Lewis, also called “The Big Short”, Burry was described as under enormous pressure. Burry knew that the housing market and the derivatives based on mortgages would crash eventually and had placed large bets that would make billions of dollars when that crash came. Burry stuck it out and became rich and famous by surviving the pressure and giving his investors billions in profits. They did not thank him.

Now Burry is taking another bold stand, and he won’t be thanked by the investment industry this time either. According to the Bloomberg article published this week.

Burry says that index funds and ETFs are like Collateralized Debt Obligations or CDOs, that figured so prominently in the sub-prime mortgage collapse. The similarity is because inflows into ETFs are governed by mathematical models of risk, not fundamental security analysis. In other words, computer algorithms are programmed to invest in capitalization-weighted index funds without examining the risk that the “herding” effect creates for the market.

The debate will rage on until the next bear market in stocks.

At that time, Dr. Burry will probably be proven correct in his assessment that ETFs have created massive distortions in the market. And the ETF passive strategy will fail to deliver for investors, like so many other strategies that promise an easy path to investing success.

There is no substitute for the hard work of fundamental analysis and careful selection of securities that will succeed. Value investing will make a comeback when the passive investing fad ends with a crash.