In the last five years a new phenomenon appeared that most observers thought could never happen: Negative interest rates on government bonds.

What are the most likely consequences from negative interest rates?

Today there are about $16 trillion or 25% of all government bonds that pay less than nothing to their owners.

John Maynard Keynes developed much of his economic thought during the Great Depression of the 1930s. He finished his largest book, “The General Theory of Employment, Interest and Money” in 1936 where he outlines his thinking about how to deal with an economy that was operating below potential. What tools are available to governments and central banks when unemployment is high, and businesses, investors, speculators and consumers are reluctant to invest or spend?

His discussion of the “liquidity trap” is pertinent to today’s problems. Keynes argued that a liquidity trap appears “after the rate of interest has fallen to a certain level, liquidity preference may become virtually absolute in the sense that almost everyone prefers holding cash rather than holding a debt which yields so low a rate of interest”.

In this case, expansionary monetary policy does not have the desired impact because people are unwilling to invest further, even though rates are very low. Injecting more money into the economy may have little or no impact with rates at or close to zero.

In more recent times Japan represents the best example of prolonged economic slump when interest rates are at or near zero. And during the Global Financial Crisis in 2008-09 rates on U.S. Treasury bills got very close to zero as people were in a panic to hold a safe security.

After that crisis central bankers started talking about a Negative Interest Rate Policy, or NIRP.  This week the most famous former central banker, Alan Greenspan, said that U.S. rates could go below zero. “There is no barrier for U.S. Treasury yields going below zero. Zero has no meaning, besides being a certain level,” he said.

If U.S. Treasury rates go to zero or lower, Canadian rates would follow. If not, and Canadians were unique with positive interest rates, investors would buy Canadian bonds and the Loonie would soar, triggering a severe recession.

In Germany the yield of all government bonds is below zero, while other European countries are getting close to zero. Switzerland has been below zero for most of the time since 2014.

As bond yields in Europe and Japan breached the zero barrier, investors started buying more U.S. and Canadian bonds, pushing those rates lower and lower. If interest rate arbitrage continues, rates could get pushed below zero in many countries.

The impact on consumers, who contribute, through consumption spending, about 60-70 percent of GDP, isn’t predictable. One CEO of a large financial institution, Ralph Hamers of ING Group, said to the Financial Times, “The negative interest rate environment is making consumers so uncertain about their financial environment that they’re starting to save more rather than less.”

To avoid negative rates, investors could store currency in a vault, or buy gold: 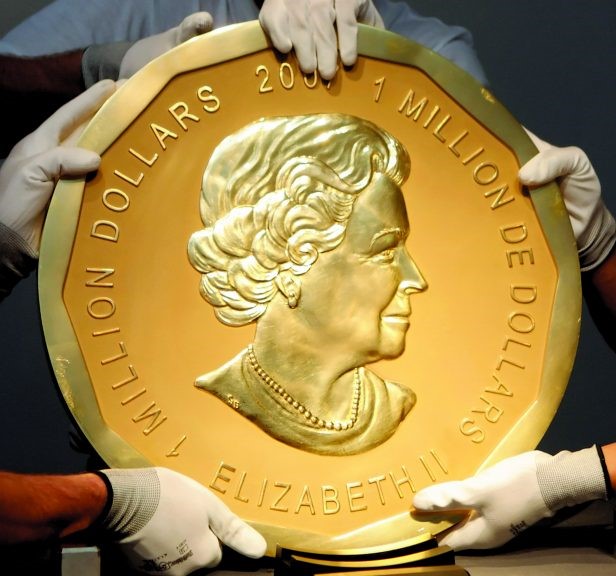 Of course, theft is an issue with storage. One of these Canadian coins was stolen from a museum and has never been found. It is worth about $5.8 million.

Moving into cash and gold is not what central bankers were anticipating when they pushed for zero rates.

But in the strange world we live in today, expect the unexpected.