China and the U.S. fight for leadership role

The U.S.-Chinese competition for global leadership keeps escalating. Although most people see this current conflict as a trade war, there is much more at stake than just trade and tariffs.

Throughout recorded history there have been many instances of an upstart challenging the established leader. In 1900, Britain was still the most important military and economic power in the world. By 1950 the U.S. had dislodged Britain to become the world’s dominant power.

Will the U.S.-China trade war evolve into a bigger conflict?

Harvard political scientist Graham Allison coined a term known as the “Thucydides Trap” to refer to an armed conflict that usually develops when a dominant nation that presides over a world order faces a young and ambitious rival that seeks fundamental change. In 460 BC that dominant power was Sparta and the upstart was Athens. The historian Thucydides wrote about the war that was sparked by this situation, known as the Peloponnesian War. The “trap” refers to the fear that is triggered in the dominant power, making war likely.

In his 18 minute TED talk “Is War between China and the US Inevitable?”, Allison outlined the current conflict and where it might lead. China now rivals and, by some measures, surpasses the U.S. and has accomplished that in just four decades. Since the U.S. became the dominant world leader, China is the first country to pose a serious bid to surpass the U.S. in economic terms.

The Era of U.S.-China détente is over 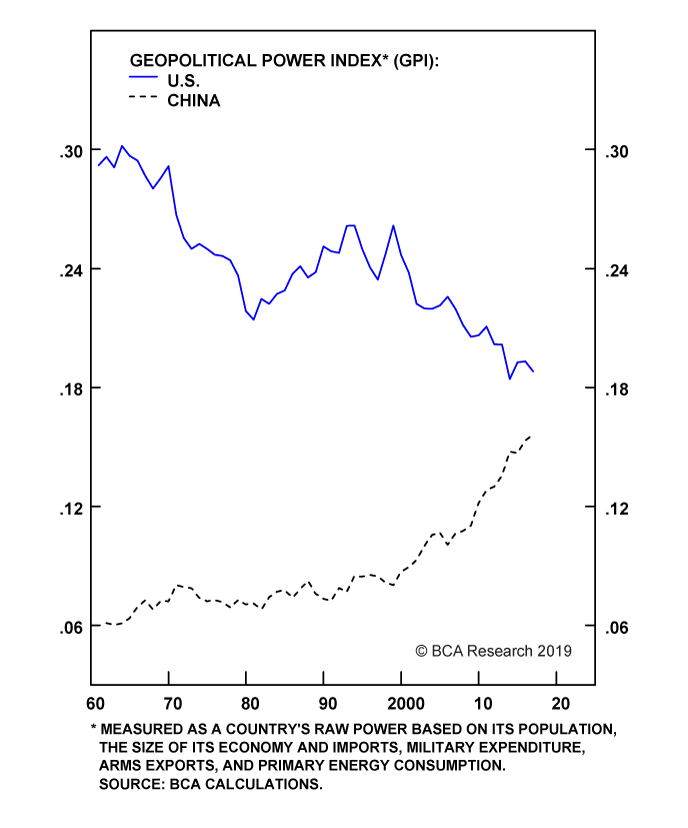 China’s growth as a rival power is creating concern in many countries, partly due to the speed of change in China’s influence. In 1980 China was struggling just to feed most of its population. Today, in purchasing power parity terms, China’s economy is already 25 percent larger than that of the U.S.

China, under its leader Xi Jinping, has set out several ambitious plans and goals. One of these, called “Made in China 2025”, begun in 2015, is now five years from completion. This goal is to move away from making low-value goods to becoming a leader in value-added manufacturing and high-tech fields like driverless cars, artificial intelligence (AI), semiconductors, biotechnology, and robotics, among other things.

So, while President Trump is talking about “making America great again,” China’s leader is determined to move China into the role of world leader, at least in the economy if not the military. It seems likely that China will be successful soon in their economic goals.

If U.S. leaders use fear of China to rally the American people against the China threat, the extreme polarization in U.S. politics would be lessened. The U.S. could rally support with allies like Europe and Japan to help contain China. But using the China threat to rally support also brings the U.S. closer to armed conflict with China.

The latest move in the trade war, after the latest round of trade talks failed, was President Trump’s announcement of new tariffs on $300 billion of Chinese goods that takes effect on September 1. The stock market moved decisively lower. China said, “We won’t accept any maximum pressure, intimidation or blackmail. On the major issues on principle, we won’t give an inch.”

Given the Thucydides Trap and the growing fear of the upstart, China, it seems likely that the conflict will continue to grow, perhaps evolving into armed conflict eventually. And the timing of the November 2020 election makes it harder to reach a short-term deal on trade, since most voters, both Republican and Democrats, agree that China must be held to account for their tactics. President Trump wants to avoid being portrayed as acquiescing to China’s demands.