The Fed is afraid of causing a recession

Since 2008 no central bank has been able to increase interest rates by more than 2 percent without taking a break.

The Federal Reserve released the minutes of their January 29-30 meeting that reveal an abrupt change of direction, as they state that more increases in interest rates are not needed at this time.

If central banks are afraid to raise rates from today’s extremely low levels in an economy with the lowest unemployment rate in decades, when will they get their courage back?

The Fed had been steadily raising interest rates for about three years, from the extremely low levels of 0.25 percent that were imposed in the aftermath of the Global Financial Crisis in 2008-09.

Veteran economist Gary Shilling, who correctly called the drop in long-term interest rates that started in 1982, said that deflation would be the problem in the 1990s and 2000s, when most people were looking for a return of inflation. His 1999 book ‘Deflation: How to Survive and Thrive in the Coming Wave of Deflation” shows his prescience.

In his monthly report published in February 2019 Shilling wrote that deflation is coming back.  “The Fed has been tightening credit in anticipation of rising inflation, but now accepts that inflation pressures are muted.” He suggests the Fed might be making a mistake by worrying too much about the return of inflation.

Shilling points out that the Fed and the Bank of Canada deciding to reverse course so suddenly is unusual in the absence of a recession. Rate hikes had been underway for several years, going back to December 2015, and in most cycles the tightening would continue until the next recession starts.

The Fed has raised rates by 200 basis points, or 2 percent, from the low, but that increase still doesn’t get rates back to “normal”. Estimates of “normal” are 3 percent and the current Fed rate is 2.25 to 2.50 percent. Until recently everyone thought the Fed would tighten at least two more times in 2019 to achieve a range of 2.75 to 3.25 percent.

Inflation is usually the result of too much money chasing too few goods, in the classical definition. But changes in the world’s economy with globalization and the manufacture of goods in low-cost jurisdictions like China means that the expected shortages never appeared, and prices of goods have been declining, on average. This absence of the return of inflation is very unusual.

This current economic expansion is also abnormal, as activity has grown only about 2.3 percent annually, adjusted for inflation. This is the slowest rate of growth in any expansion since 1950.

By now the record low unemployment rate and extremely easy monetary regime should have led to an overheated economy and higher inflation, according to the Phillips Curve, an economic theory that has been thoroughly discredited by some non-mainstream economists but is still followed by most members of the Federal Reserve. 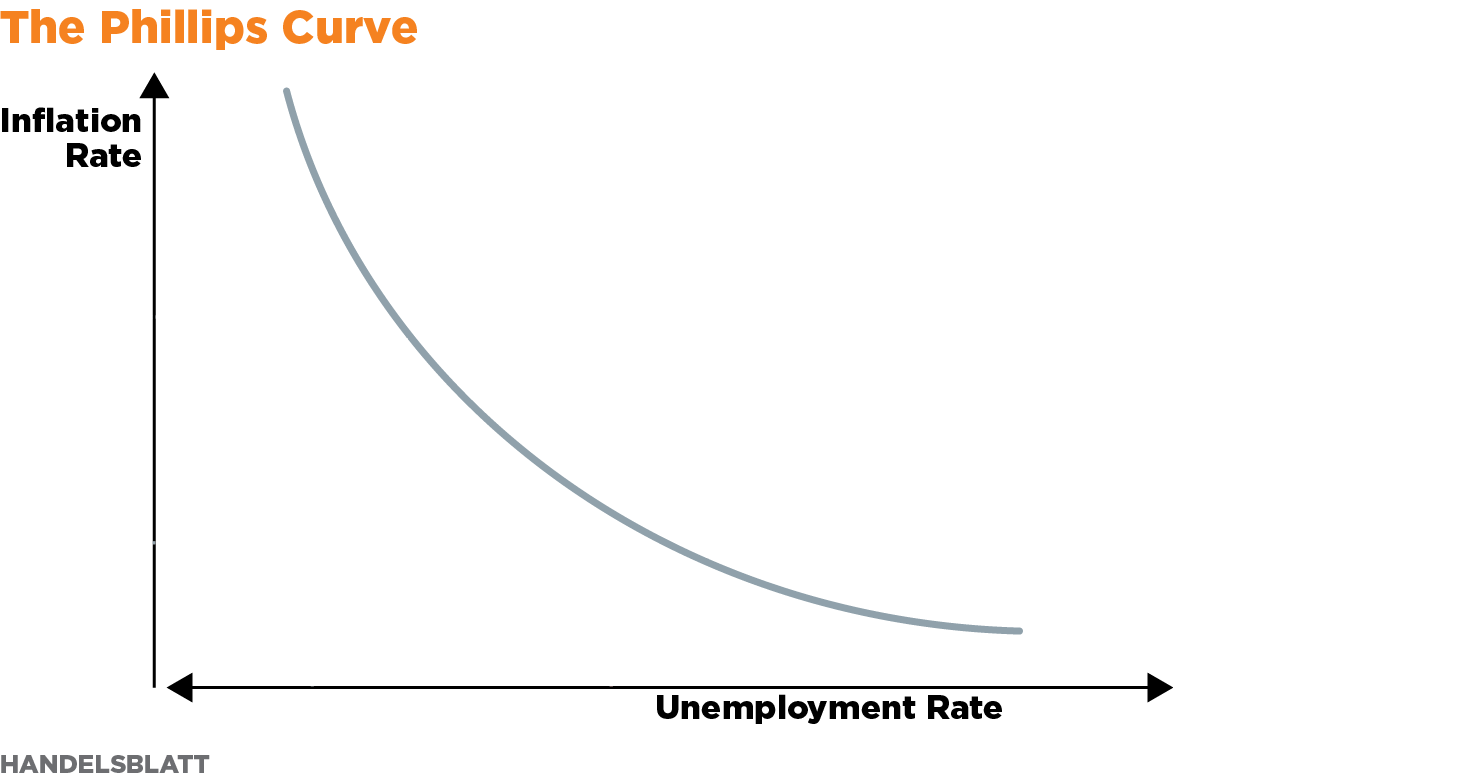 According to the Phillips Curve, inflation should be soaring as the unemployment rate plunges (moves left on the horizontal axis toward the vertical axis).

As I’ve said before, the Fed is a follower, not a leader. If it turns out that the three-year tightening cycle is over, that could mean that the economy is about to enter a recession or already is in recession. The Fed wouldn’t have been able to predict that, and they shouldn’t be accused of causing it.

It’s a very unusual cycle so there will be more surprises. It could be a long time before any central bank feels confident enough to raise interest rates. The Fed could be on hold indefinitely.