Australia avoided the worst of the 2009 worldwide financial crisis by pumping up the residential real estate industry. House prices rose, household debt levels soared, and the economy did very well.

Is Australia on the brink of its first recession since the 1990s? Does it mean a housing crash is inevitable? 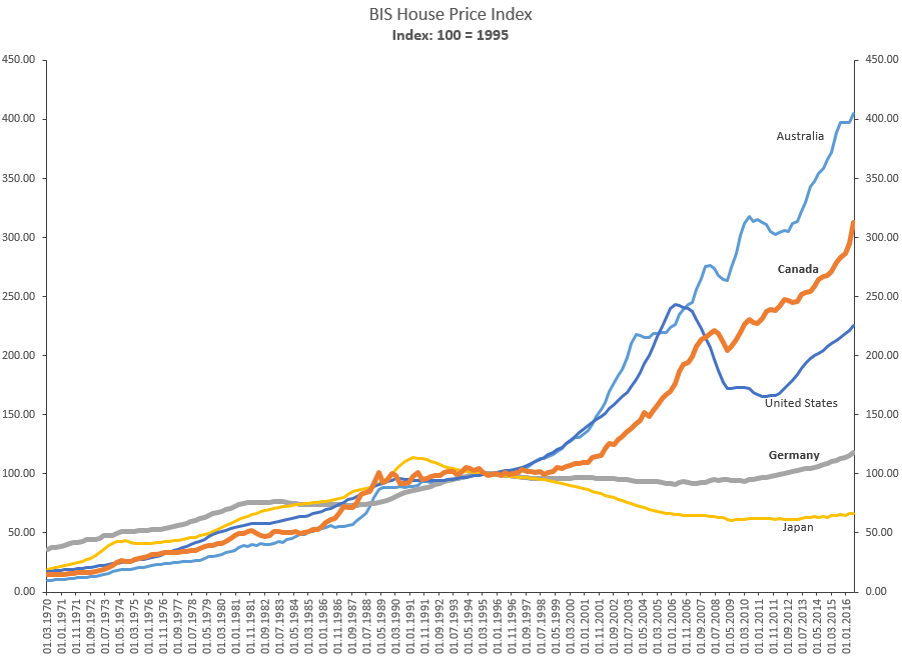 Australia’s home prices are threatening to go off the chart.

The Australian housing market used a banking sector that allowed rapid growth in household debt levels over long periods of time. Although Australia has an issue with foreign investors pushing prices into the unaffordable zone, local buyers armed with newly created money from banks were the main driving force to higher prices.

Australia’s private sector debt levels are among the highest in the world, but China and Canada managed to surpass Australia’s borrowing fervor.

Australia just missed inclusion in the danger zone because corporate sector debt is less elevated than Canada, but household debt is higher than Canada at 120% of GDP versus Canada at about 100%.

The banking sector underwent an extensive investigation recently in the form of a Royal Commission. The Royal Commission into Misconduct in the Banking, Superannuation and Financial Services Industry issued its final report in early February.

Banking executives were required to testify, under oath, and several instances of fraud related to housing were found. The biggest misrepresentations were related to mortgage approvals and assumptions about living expenses. Under a measure called the “Living Expenditure Calculator” people were able to qualify for very large mortgages even with relatively modest incomes, because living expenses were drastically underestimated.

To make it even easier for people to qualify for large debts, the lending industry promoted “interest-only” mortgages, which allowed people to defer starting the mortgage amortization for 5 years. Of course, this just meant very large payments for the remaining 20 years of the term, as much as 40% higher.

As long as home prices were rising these mortgage debts were manageable because the family that encountered trouble could just sell their home to repay their debt, or at least the interest on their debt.

But now that Australia’s home prices are falling, Australia’s Minsky Moment has arrived. To add insult to injury, the banks are now tightening lending standards in the aftermath of the Royal Commission’s report. Housing prices have fallen 10-15% on average but are likely to fall much, much more because there is no new buyer/borrower to support the market which is still very expensive.

As I explained in the Second Edition of “When the Bubble Bursts,” when mortgage loans are growing more slowly than the rate of GDP growth there is a contraction in money supply and buying power. An asset market like housing that depends on the creation of new money cannot survive a period when banks create less new money than needed to keep the bubble going.

Dr. Steve Keen wrote about this in his most recent book, “Can we avoid another financial crisis?”. He says, “Since the main source of the money used to buy houses is mortgage-backed credit, there is a causal link between the level of new mortgages (mortgage credit) and the level of house prices.” Patreon post December 3, 2018 “Australia’s housing bubble pops”

We won’t have to wait long to see if this causal relationship holds, as the latest numbers for Australian mortgage credit are abysmal. 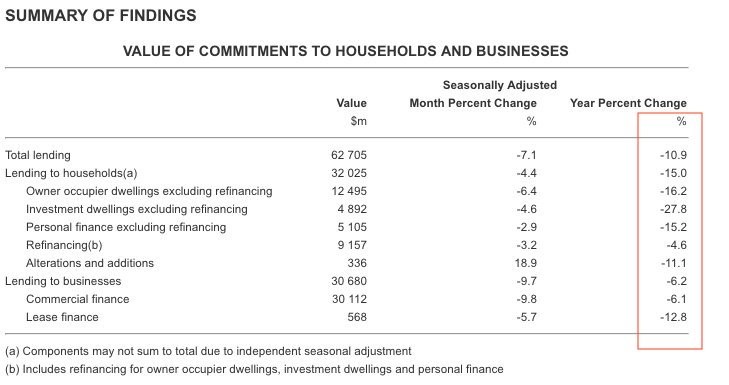 Lending to households shrinking at 15 percent annually is unprecedented as far as I know, except during a financial crisis. Probably this lack of lending is partly caused by a tightening of lending standards due to the banks’ embarrassment after the release of the Royal Commission report. But it’s also inevitable as the housing market starts to correct.

There’s no escaping the conclusion that economic recession (negative growth in GDP over two quarters) and a housing crash are now unavoidable.