The China-U.S. conflict takes a nasty turn in Vancouver

The arrest in Vancouver of a senior officer of Huawei highlights a U.S.-China conflict that could affect investors.

Most of the recent US-China articles focus on their so-called trade war. And struggles over trade policy affect stock markets. If it looks like there’s a truce, the market rallies. If there’s evidence of new conflicts, the market sells off.

The media focus is on tariffs and trade for products like autos and soybeans.

But the more significant story is not just about tariffs. There’s a serious US-China fight underway with very high stakes, and it could affect all of us.

The accused, Meng Wanzhou, is the chief financial officer of Huawei, and the daughter of the founder of the company. Her father is one of the most important business leaders in China, who got his start with the People’s Liberation Army of China.

Huawei is one of the world’s leading telecom equipment providers. Huawei makes equipment for wireless networks like Bell Canada and Rogers in Canada and similar companies in Britain and all over the world. Huawei surpassed rivals Nokia, Ericsson, ZTE and Samsung in total sales for mobile infrastructure in 2017, a substantial improvement from 2016. Huawei’s worldwide sales will be over $100 billion in 2018. 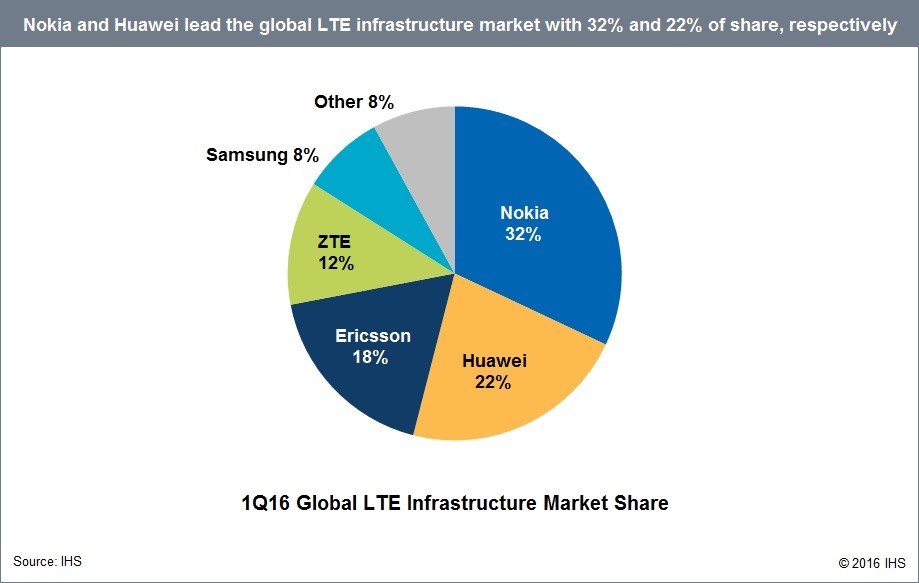 Huawei wants to lead the next generation of telecom equipment on the new 5G standard. (5G refers to fifth generation). 5G will be adopted rapidly over the next few years and provides much faster speeds for connections, up to 1,000 times faster, allowing for new applications like virtual reality, Internet of Things, autonomous autos and critical infrastructure.

By 2025 analysts expect that 20 percent or more of all network connections will run on 5G.

Nokia and Ericsson are providers to Verizon for 5G networks while Huawei is not allowed in the U.S. The “Five Eyes” intelligence network of Australia, New Zealand, Canada, the U.S. and United Kingdom are thinking about banning Huawei equipment from their new 5G installations under pressure from the U.S. If Huawei is banned, Nokia and Ericsson will divide most 5G-related sales between them.

The network equipment market is worth about $37 billion annually now but this amount will soar with the advent of the applications like the Internet of Things and robots. Since 2014 when the 5G race started, Ericsson has won 80 contracts, while Nokia has signed 45 and Huawei has landed a very respectable 64.

With Huawei and another Chinese provider ZTE now banned from the U.S., Ericsson and Nokia are getting most of the new orders with Verizon, AT&T and T-Mobile.

The US-China conflict also threatens to hurt US-Canada relationship as Canadian carriers have used Huawei equipment extensively. Huawei employs over 950 people in Canada, including more than 600 people in R&D. Huawei is a major advertiser on Canada’s favourite sport broadcast, Hockey Night in Canada!

The Huawei incident and the battle for 5G supremacy is a symptom of a bigger conflict. China and the U.S., and other developed world countries, are in the early days of a battle that will last for years, if not decades. The war is over supremacy in technology and intellectual property. China, until now, has been primarily a manufacturer of low-tech items like textiles and consumer electronics. For example, the iPhone is assembled in China but important components like semiconductor chips are designed and manufactured elsewhere, in Taiwan or the U.S.

The leadership of China, under Xi Jinping, is determined to win the war. Under the “Made in China 2025” banner, China’s goal is to make the most advanced products in China using Chinese technology.

The Chinese government will not back down in its push to make China a leader. Americans, and others, will remain suspicious of Chinese companies who are suspected of stealing technology.

The Chinese leaders believe that the U.S. is trying to block China from taking its rightful place as a world leader in technology and other arenas.

So, don’t give much weight to the announcement of positive results from a US-China meeting or a phone call. There isn’t a quick and easy solution to the disagreement, especially when the two countries are so far apart in their views.

This war will get very nasty and will last for years.