Brexit is in the news again, as a possible November/December summit between the EU and the UK nears along with the March 29, 2019 Brexit deadline.

There are many possibilities for next steps in the Brexit saga, including an agreement on Brexit terms in November or December, a November crisis over Brexit terms leading to an early election, a leadership contest to replace Prime Minister Theresa May, a second referendum and a so-called “hard” Brexit.

What is most likely to happen, and will there be investment opportunities?

The publication of the terms of a Brexit deal with the legal text of the Withdrawal Agreement are expected this week. According to Deutsche Bank on November 11, 2018 the deal is likely to commit the UK to an effectively permanent customs union with the EU27, with a regulatory backstop for Northern Ireland. All the issues involved are too complicated to get in this limited space: 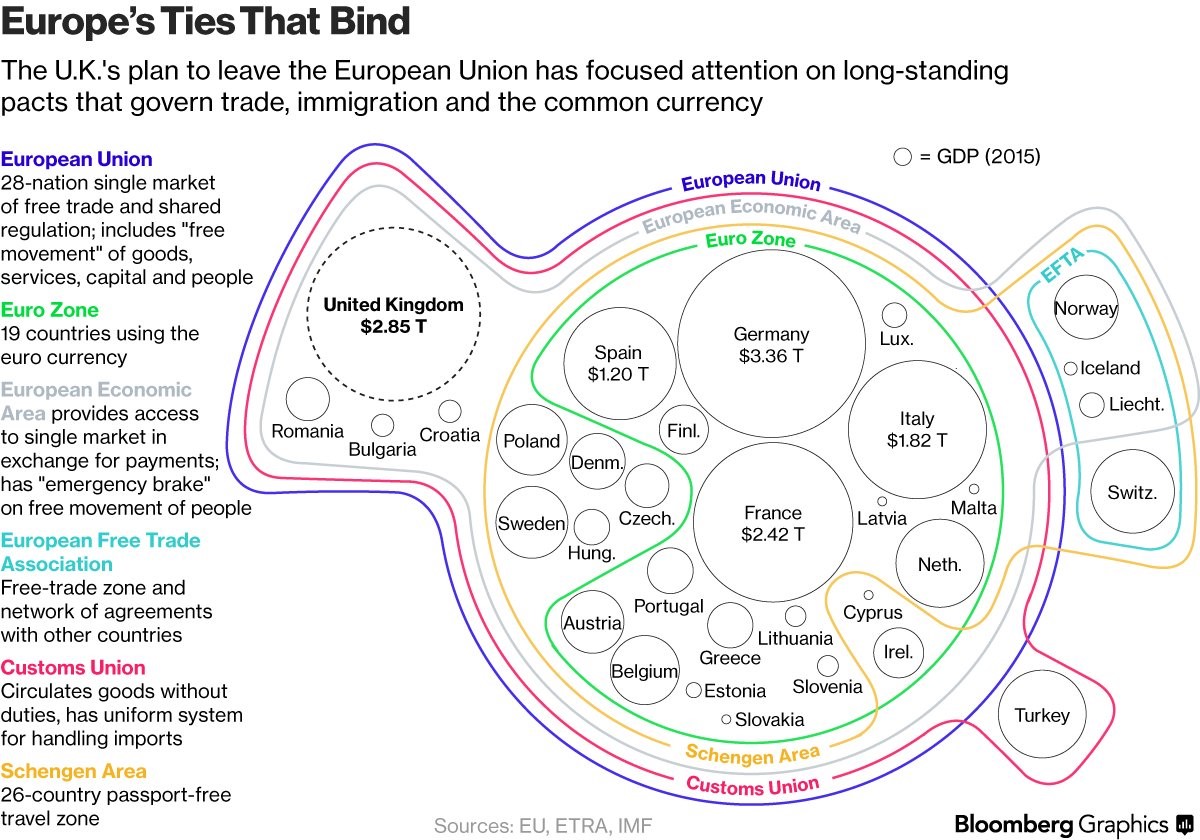 The compromises needed to reach any agreement are not going to sit well with certain people in the Conservative Party. While Cabinet agreed to back the Brexit deal on Wednesday, Theresa May acknowledged “there are difficult days ahead” as the plan heads to Parliament. The compromises in the deal subsequently led to the resignation of two Conservative MPs and Jacob Rees-Mogg, a prominent Brexit MP, submitting a letter of no confidence in May – threatening her position as leader of the party and Prime Minister. May was dealt an earlier curveball last Tuesday when opposition party lawmakers forced her to commit to publishing the legal thinking that guided her negotiating decisions. Implications for this are described here in a story by Bloomberg.

Parliament could reject the proposed terms of a deal because of too much compromise. For example, if the UK would still be subject to European rules and regulations but would lose its rights as a full member, there could be insufficient support in the cabinet or in the governing party.

The Labour party, led by Jeremy Corbyn, is waffling on what it wants. In February 2018, Jeremy Corbyn told The Telegraph that he was open to the idea of staying in the customs union, which also includes countries like Turkey, and maintaining citizens’ rights during a transition period.

The obvious outcome from a proposal that few can support is a new election, which most pundits agree would lead to the Labour Party forming a new government.

One of the reasons that Labour would prefer an early election is that all opposition parties usually want that, especially when it seems likely it would lead to them forming a government. But there’s another reason in this case — the Labour Party itself is deeply divided on Brexit. So, there is support in that party for a second referendum.

Given the confusion and lack of agreement, financial companies have started to hedge their bets by preparing for a “hard” Brexit, where they wouldn’t be able to work in Europe from a London base.

According to Bloomberg, Goldman Sachs, JPMorgan, Morgan Stanley and Citigroup have plans to shift about US$283 billion of assets from London to Frankfurt, Germany to meet regulatory requirements. Bank of America Merrill Lynch chose Paris, France for their European headquarters.

One implication is that London, England would no longer be a leading world financial centre.

European banks would gain while British banks would lose market share. And the banking sector in Europe needs a boost.

Private sector debt to GDP ratios in Germany and Italy are tiny compared to many countries where the private sector is “fully levered up”. This means that financial companies, like retail banks and wealth management firms could grow faster than GDP for several years in those countries.

While it’s not a sure thing, the odds favour a messy Brexit, with an election and/or a referendum and a long period of uncertainty. It makes sense in that environment to look to invest in Europe directly rather than in the UK.

The financial services sectors in Germany and Italy are very “under-owned” by institutions. Share prices are cheap.