Interest rates have been trending higher for more than a year, in the U.S., Canada and elsewhere.

Stock markets had managed to ignore the impact of higher rates until this week.

Pundits on financial news networks were blaming this week’s stock market sell-off on the rapid change in bond yields, from 3.00 percent to 3.25 percent in just a few days.

In 1994 there was a bond market rout when interest rates rose about 250 basis points, or about 2.5%. When a move like this happens, bond prices decline, in the 10-year by about 17%. This is a short-term capital loss on paper as eventually the bond price will recover to par value on maturity. At the long end, the 30-year maturity would experience a capital loss of 28%!

The U.S. benchmark 10-year government bond traded at 3.20 percent yield recently, compared to 2.30 percent a year ago. Here’s what that looks like across all maturities from 30 days to 30 years: 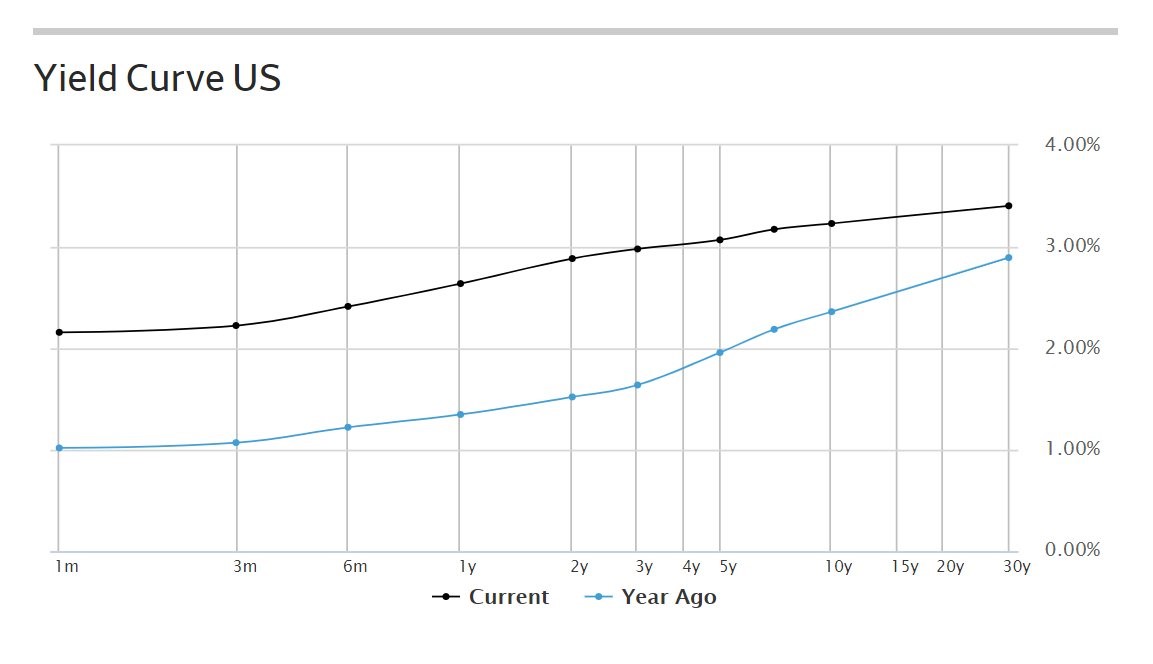 Source: U.S. Department of the Treasury 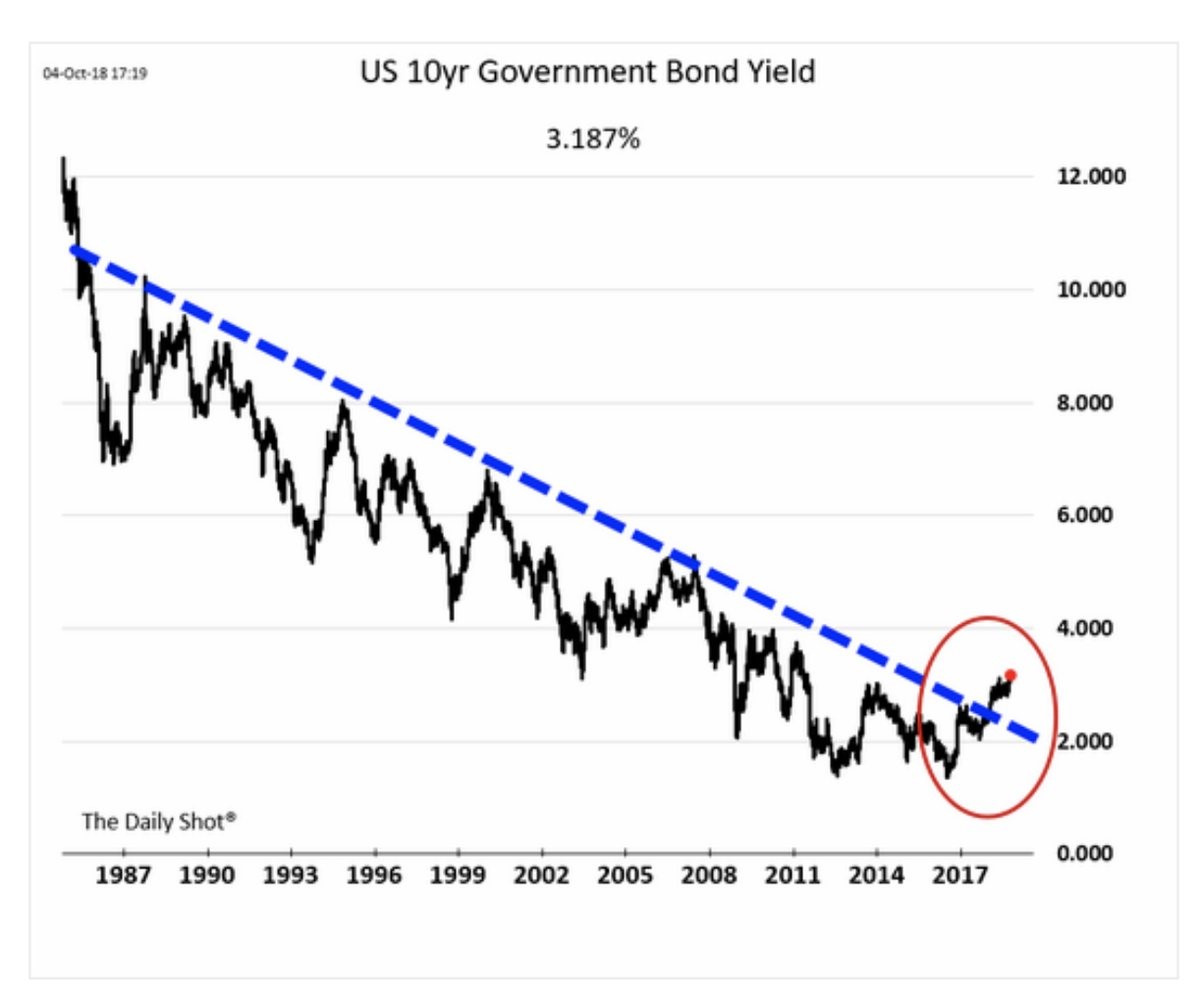 The impact of a large move in interest rates is different starting from a very low level like 1.37% (July 2016) compared to a similar move from 5.5%.

At very low bond yields the risk of owning a bond is much higher as there’s an asymmetry in the future path of yields. Yields are much more likely to rise than they are to fall.  So, bond market losses become much more likely than profits.

In addition, if there is an inflation scare when bond yields are as low as they are now, central banks would have to keep tightening and bond yields would be forced higher, perhaps much higher. If central banks are “behind the curve” they must catch up at some point to market rates unless there is a recession.

There is another issue with record low rates and the easy monetary policies in place since 2008. Values for risk assets are much higher than ever before, when compared to previous bubbles like the dot-com era in 2000. The total value of risk assets globally is about $400 trillion, according to BCA Research. This is about 5 times the annual GDP of the global economy.  Global real estate, global equities and global bond markets are all valued in bubble territory, according to BCA. And has been discussed many times in these notes, the size of the mountain of debt borrowed against those assets is unprecedented.

The very small risk premium for stocks and real estate compared to “safe” bonds means that rising rates will affect risk asset prices even more severely. Perhaps this is what triggered the stock market sell-off that started on Wednesday this week.

The U.S. Bureau of Labor Statistics reported year-over-year inflation in July at 2.9% and August at 2.7%. The markets shrugged off the elevated inflation trend without too much worry until this week. On Thursday, October 11 the BLS reported CPI inflation at 2.3 percent, which helped stabilize the bond market. But the worry about higher inflation will not go away that easily.