The U.S. administration has threatened Canada, again, over NAFTA. By negotiating directly with Mexico, the U.S. put pressure on Canada to agree to a new trade agreement.

Since NAFTA is a three-way agreement there is no chance that NAFTA can be amended without Canadian approval. And yet, the U.S. President continues to push ahead with threats that seem directed against Canada.

Should Canada stand up to the U.S. President in his demand for a rewrite of the NAFTA agreement? 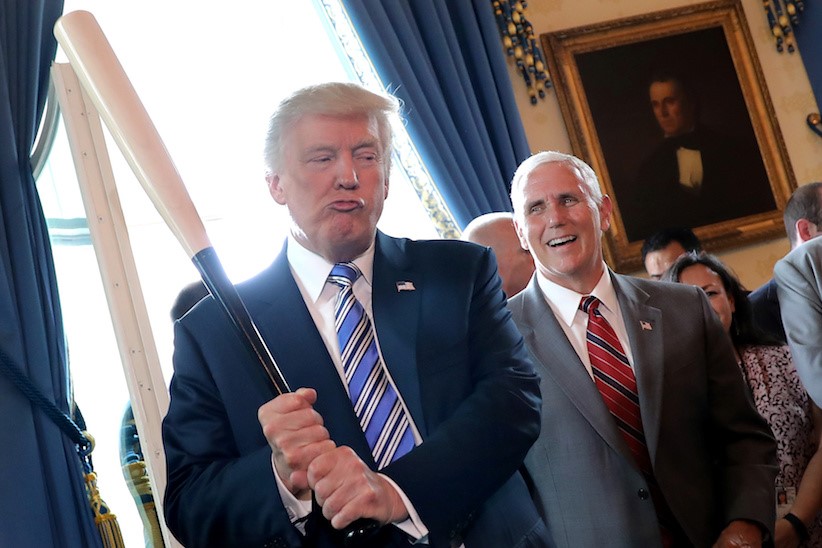 For Canada there is no trade relationship more important than the flow of trade between the U.S, Mexico and Canada. More than three-quarters of exports from Canada, totaling about US$420 billion, were destined for the U.S. and Mexico.

Automobile parts and auto manufacturing are very important to Canada, and production is integrated in North America, with final production, intermediate goods, parts and raw materials moving easily across the borders between Mexico, Canada and the U.S.

And yet President Trump threatened that he would place a 25 percent tariff on autos if Canada didn’t respond positively to the latest changes to NAFTA that were negotiated with Mexico in Canada’s absence. In an agreement like NAFTA it’s probably a breach of the agreement to hold 2-way talks while excluding the third party, but the U.S. these days isn’t concerned about breaking agreements.

Canada’s government may decide that the threat of tariffs on automobiles is so important that it is better to agree to whatever the U.S. wants rather than fight.

Already President Trump has started trade skirmishes with all important trading partners such as China, Mexico, Canada, the EU and Japan. These trading partners have felt the cold blast from this President’s anti-trade outbursts and tariff actions. Tariffs are in place on many exports from China as well as steel and aluminum from Canada. Autos from the EU, Mexico and Canada are under threat of tariffs but, so far, they are only threats.

Tariffs are best viewed as a tax paid by the end user, which in this case is the U.S. consumer. The advantage gained by the workers in the tariff-protected industry is counterbalanced by higher costs paid at the checkout terminal when goods are bought. The imposition of tariffs/taxes is usually inflationary which is a problem as the Federal Reserve is in the tightening part of the interest rate cycle, which usually doesn’t end until a recession begins. A higher CPI could force the Fed to hike rates even faster. In the short run those who sell goods into the U.S. will absorb the tariffs in their profit margins rather than price their products out of the U.S. market.

Many people know that some foreign car manufacturers, like BMW of Germany, have U.S. plants that produce in the U.S. and export internationally. The largest BMW plant in the world is based in Greer, South Carolina, and exports about 70% of production.

Automobile sales are near recent highs of the last four years in the U.S., but recent data shows a slowing trend. Higher costs due to tariffs and higher interest rates will hurt car sales. 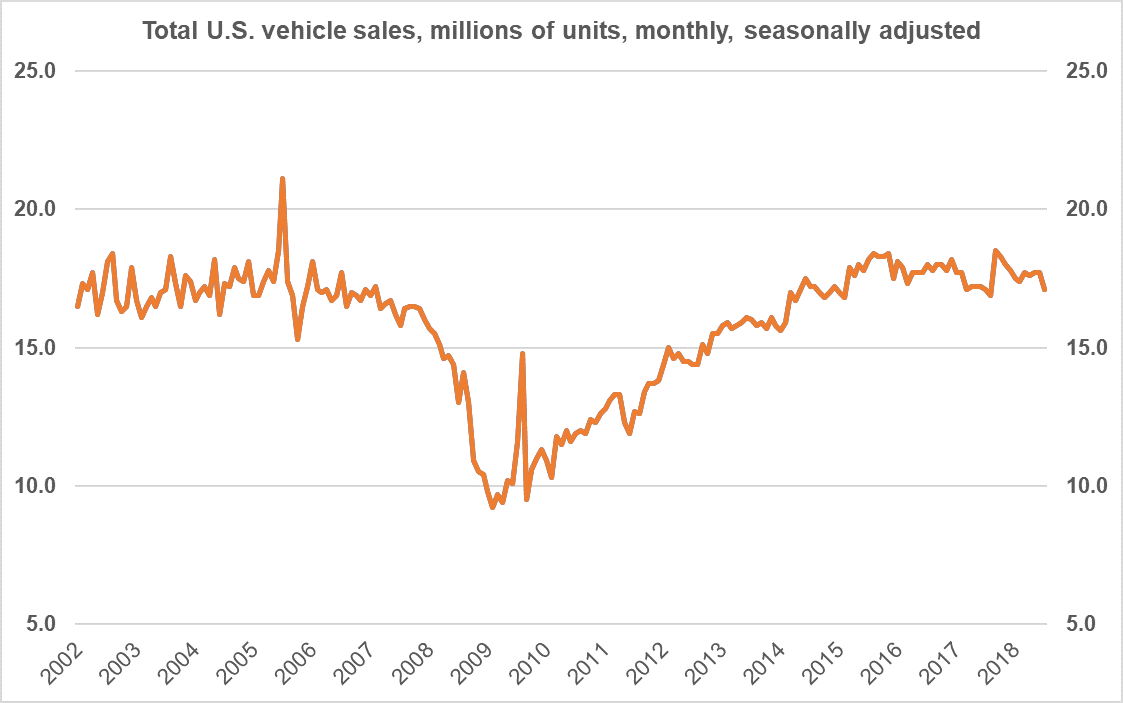 It seems likely that President Trump is emphasizing trade wars to appeal to his voter base prior to the November elections, about 70 days from now. Depending on the election results, the required approval by Congress of the President’s aggressive moves with NAFTA might not happen. If control of the House of Representatives swings to the Democrats in November, as is likely, a different negotiating stance that is more Canada-friendly is possible.

It’s a gamble for Canada to withhold agreement on changes to NAFTA until after November, but the reward could be worth the risk.