Facebook reported results that were a shock to the market, causing a sell-off that saw the social media giant trading 18 percent lower on Thursday morning.

Is Facebook’s stumble a warning for the broader market, or an isolated incident? 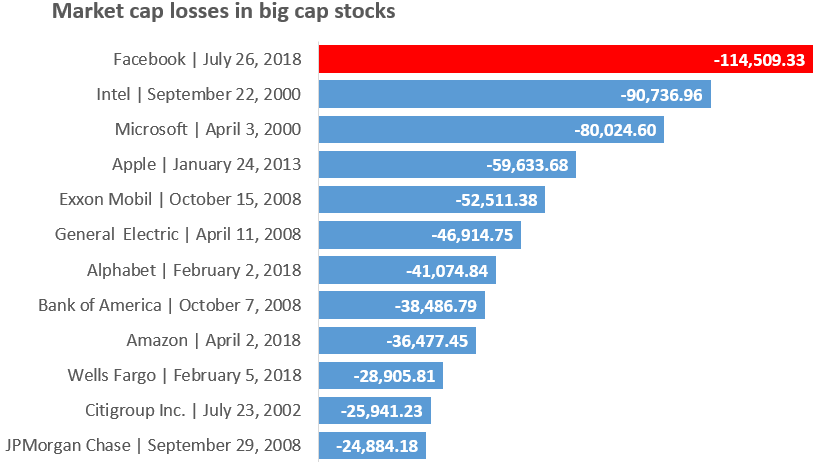 Facebook (FB) results included a forecast that profit margins would compress due to higher costs. Facebook, founded in 2004, earns $55 billion in revenue now, and expects to grow revenue to $92 billion by 2020. The company generates about $15 to 20 billion in annual free cash flow.  Ad revenue from mobile devices is key to Facebook’s recent success.

The stock trades at a Price-to-Earnings multiple of about 20-25, like other comparable technology companies but that is lower than the five-year average of 34 times.

It’s normal for high-flying stocks to come down to earth eventually, as their growth rates must slow when they reach maturity in market share and size.

But today’s FAANG stocks are not normal by any measure. And thus, the current US market is not a normal market.

The FAANG stocks, and other similar companies, dominate the US market, and therefore the world markets, as the US stock market is about 53% of the capitalization of markets worldwide, taking free-floating shares only. 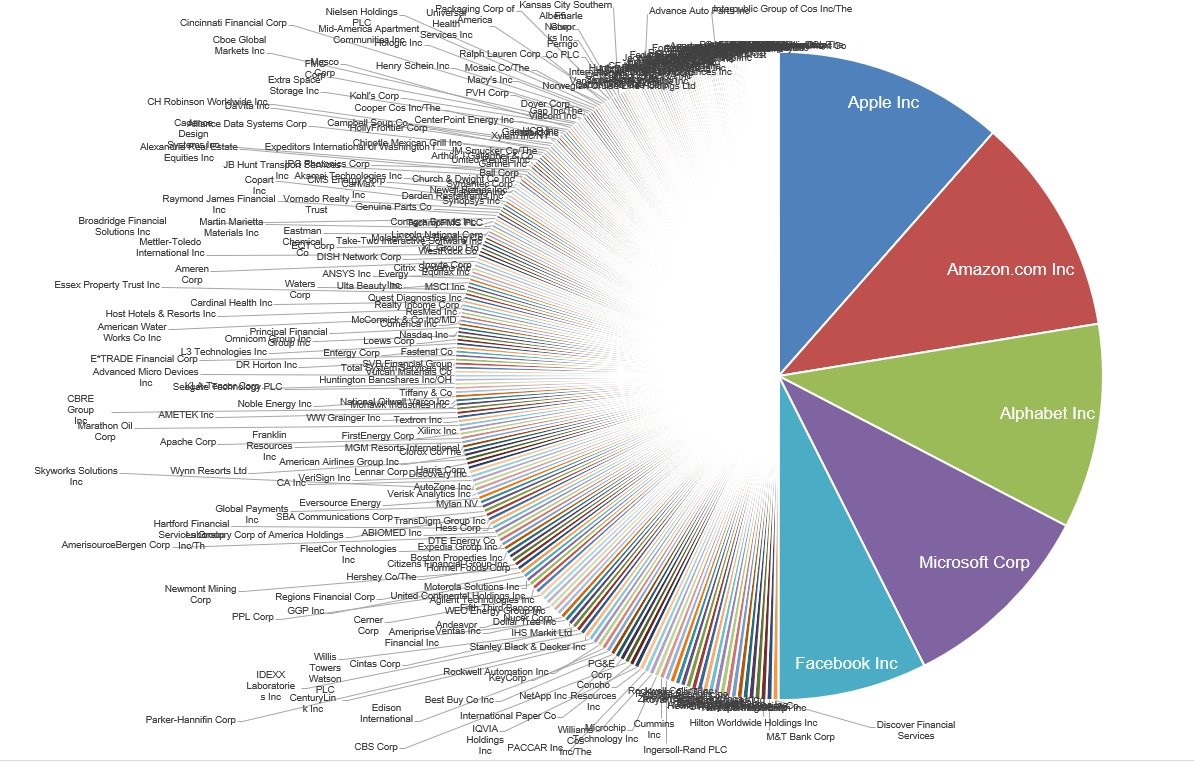 This chart shows that the top 5 companies, including Facebook and three other FAANG stocks, as well as Microsoft (not a FAANG member) make up the same value as the bottom 282 companies in the S&P 500.  Concentration like this is rare, seen only in the dot-com bubble in 1999 and the Nifty-Fifty fad in the 1960s and 1970s.

It’s clear that an unusual situation has developed when so much of the world’s stock market value is contained in just a few companies.

Two quirks of the investment business have contributed to this market state. First, the recent growth of exchange-traded funds, or ETFs, has pushed more money into the largest companies like Facebook, Amazon and Apple. When an investor buys an ETF, the money is allocated according to market valuation. So, the largest companies, measured by stock market value, get most of the money allocated while the 282 above get only a small part.

This level of concentration developed in Canada with Nortel Networks in 1999 and with Valeant Pharmaceuticals three years ago, when Valeant surpassed the Royal Bank as the most expensive Canadian company at $116 billion. In both cases a single company came to dominate the market only to crash down to earth later.

The second reason for this unhealthy narrowing of investor interest has been described as “avoiding career risk” by Jeremy Grantham, founder of GMO, based in Boston.

As Grantham explains it, professional investors who manage large pools of money copy other managers and buy the same stocks. This is done, not because they believe those companies are good investments, but because they are enhancing their job security. They don’t have enough confidence to pick out-of-favour stocks, or their supervisors won’t let them, so they “follow the herd” into the most crowded part of the market. This herd mentality is one of the main reasons for the extreme overvaluations that are seen periodically. More than 80% of all the funds allocated to the stock market comes from ETFs or large pools like mutual funds and pension plans.

Investors should be aware that concentrating their investments in just a few popular companies is not prudent long-term investing. Money managers often have no choice but to buy the “fad” stocks, but independent investors are free to look elsewhere for better value.