The Bank of Canada (the Bank) raised its overnight interest rate to 1.5 percent this week, as expected.

And there was a strong hint from the Bank that there are more increases on the way, with another one or two likely before the end of 2018.

Did the Bank’s policy until now promote a dangerous housing bubble? How did the Bank meet its inflation target during this bubble? 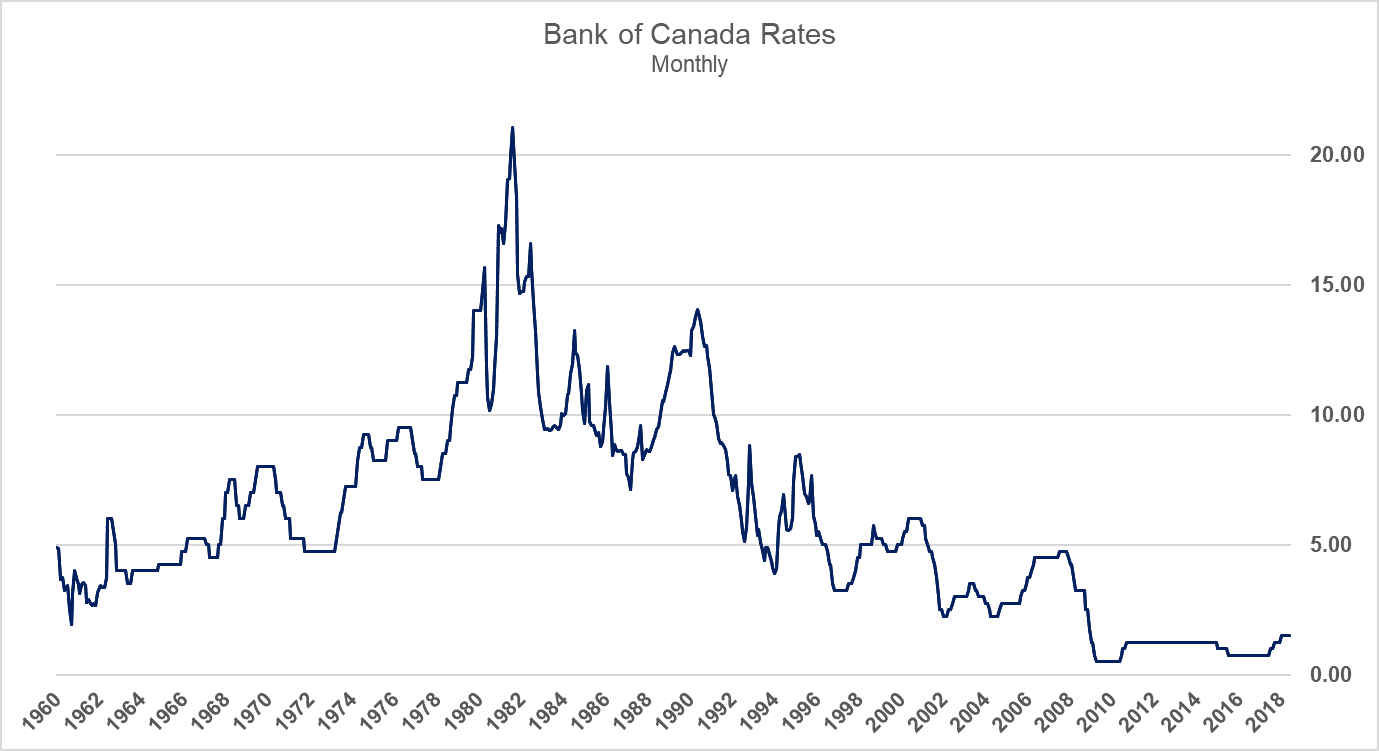 The Bank might have made a colossal (and costly) blunder by keeping rates low for the period when house prices were growing at 7 percent per annum, pricing most young couples completely out of the housing market, unless they borrowed enormous amounts of mortgage money and secured help with the down payment from the “Bank of Mom and Dad”.

While both debt and house prices grew exponentially, inflation only briefly went above 2 percent. How is that possible, given that the house purchase is the largest financial event in the lives of most Canadians?

Here’s the record of inflation since 2000: 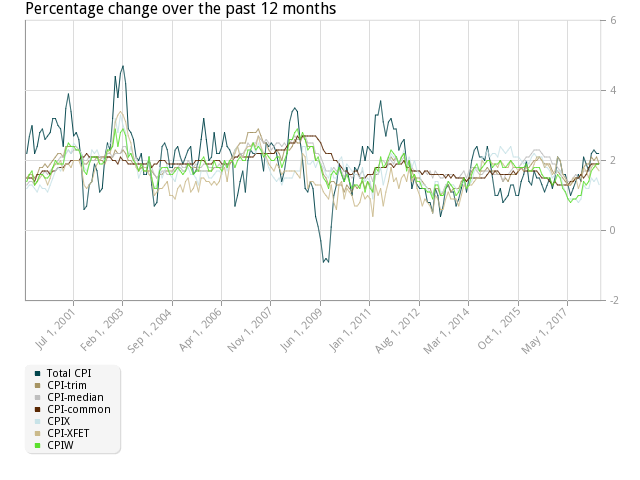 The Bank has three measures of inflation — “trim”, “median” and “common”.  But none of these includes a direct measure of the cost of purchasing a home. So, no indicator of inflation currently in use in Canada is useful for preventing or even measuring the extent of housing bubbles.

But the cost of shelter in the CPI rose at only about 2% annually or 37% on a cumulative basis. This gave the Bank lots of leeway to keep rates low, even when Vancouver and Toronto prices grew even faster than 7 percent.

If you want to read about a more realistic indicator of inflation, go to the C.D. Howe Institute.

“There are many reasons why the growth in measured inflation has been relatively subdued in Canada, but one that has been mostly overlooked is the fact that the CPI is not very sensitive to housing prices.”

That’s a very drastic understatement, to be sure.

The Bank’s reliance on this inadequate measure of inflation allowed housing bubbles to grow for longer than was prudent. As the C.D. Howe authors state:

“The main concern is that the CPI’s insensitivity to housing could potentially cause the central bank – reassured by its imperfect indicators that inflation is under control – to keep rates too low for too long.”

As Governor Poloz said, in July 2014 speaking to the CBC:

He was talking about the Bank’s policy actions (low rates and relaxed monetary policy) and said that these actions were “a deliberate policy” to promote housing as an engine of recovery following the (2009) crisis.

And now that the Bank must raise rates, those young Canadians — and their parents — will have to live with the fallout from the higher cost of servicing their massive piles of accumulated debt. Undoubtedly some families will be devastated financially.

Perhaps Canadians, and the Bank, will learn from these mistakes, if they agree that mistakes were made. Let’s hope that future policy makers decide to endure the pain of recessions rather than promote a housing bubble and debt bubble to artificially pump up the economy.