This government purchase ensures that planning and construction work for the project will continue and that the “great national economic benefits” of the expansion will have a chance to be realized.

Why did the Canadian government make this risky move? Why is this project so important?

The expansion project will triple the volume of crude oil, to almost 900,000 barrels per day, that can be shipped to the west coast and Asia from northern Alberta. The diluted bitumen produced in northern Alberta will find new buyers in places like China, at a better price compared to selling the product to the U.S.

The U.S. is experiencing an aggressive expansion of domestic shale oil production, resulting in a growing supply of high-quality, light, sweet crude. This new U.S. supply means that diluted bitumen from Canada will find it increasingly difficult to compete, requiring even larger price discounts to keep market share.

There is no guarantee that Alberta will continue to find a market for diluted bitumen in the U.S.

Recently Canada has been, by far, the largest exporter of oil to the U.S., at almost 3.5 million barrels per day, a growing volume.

Each of the other exporters to the U.S. sell less than 1 million barrels per day. Total U.S. imports are about 7-8 million barrels daily, an amount that has been shrinking.

Because of Canada’s reliance on the U.S. market and the necessity of selling diluted bitumen at a large discount to the WTI crude oil price, the net amount of money available to producers and governments is at multi-decade lows. The category called “oil sands royalty” in Alberta’s resource revenue has been shrinking.  The oil sands royalty formula allows for deduction of all costs in calculating the amount payable to the Alberta Treasury and the federal government. If oil sands companies are not profitable, governments receive only minimal royalties. 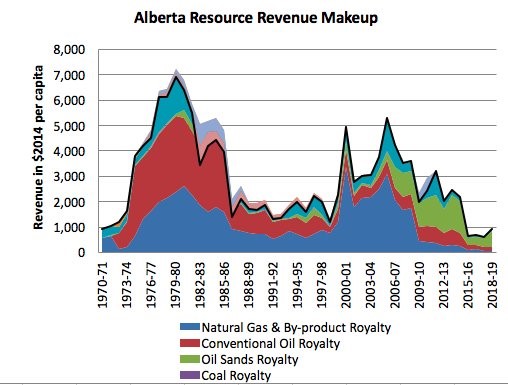 Canada’s exports of energy products to the U.S. represent a significant revenue source for all of Canada, not just Alberta.  But Canada is spending more on imports than is earned from exports. 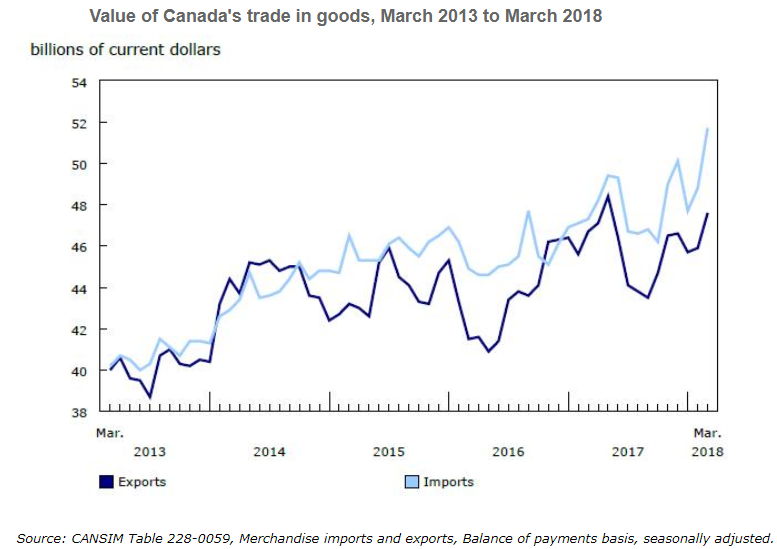 Canadian exports of energy were close to $9 billion in March 2018 while motor vehicles were $7.5 billion. Despite growth in the value of the energy sector due to price increases, Canada still shows a trade deficit. Three-quarters of all exports go to the U.S., while 11 percent go to Asia.

In motor vehicles the intention of the Trump administration is to renegotiate the NAFTA but talks have stalled due to unreasonable demands by the U.S. negotiators. The most likely outcome is that more cars will be manufactured in the U.S. and fewer in Canada and Mexico.

So, the necessity of finding alternate markets outside of the U.S. for some of Canada’s energy exports is gaining urgency by the day.

When the leaders in the Canadian government decided to make their bold move, they recognized the risks of watching the TMEP grind to a halt. They knew that political critics will complain that the purchase involves too much government intervention. But the energy industry is rife with examples of government involvement. Hibernia, Syncrude, Petro-Canada (now Suncor) and the Alberta Energy Company (now Cenovus and Encana) were all formed with government playing a lead role.

Canadians should be hoping that new export markets for Canada’s most important energy products are found soon and transport is available. Canada’s standard of living could depend on it.