Changes to the rules for qualifying for mortgages in Canada have been introduced in several stages recently. And these rules, on a cumulative basis, are starting to have a noticeable impact on lending to households and the housing market.

Since availability of credit to finance a home purchase is arguably the single biggest factor in keeping a housing bubble going, any slowdown in credit growth is key to the direction of house prices.

How severe will the slowdown in credit expansion be? And how significant is that for home prices and the Canadian economy?

There is no doubt that mortgage lending volume growth has slipped for several quarters now. 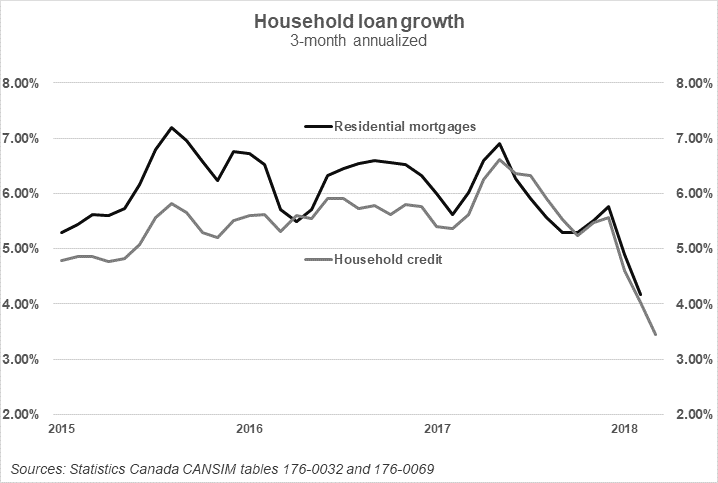 This is the slowest growth since the early 2000s when the housing bubble was just starting. As has been discussed in a previous Weekend Note, (March 16 2018), growth in private sector credit is a key factor for triggering recessions. For five years to 2016, growth in Canadian credit extended to the private sector exceeded the rate of growth in the economy by an average of 4.7 percent annually. As the March 16 note explains, that extra push from increased borrowing kept the economy growing. Even a slowdown in credit growth to the same rate as GDP growth would trigger a recession, removing 200 to 300 billion dollars of demand from the economy.

The real estate industry is now so large, as a percent of GDP, that the drop in real estate activity will be very difficult for the economy, unless another sector like energy or exports could pick up the slack.

Here are the cycles in the pace of credit growth going back several decades: 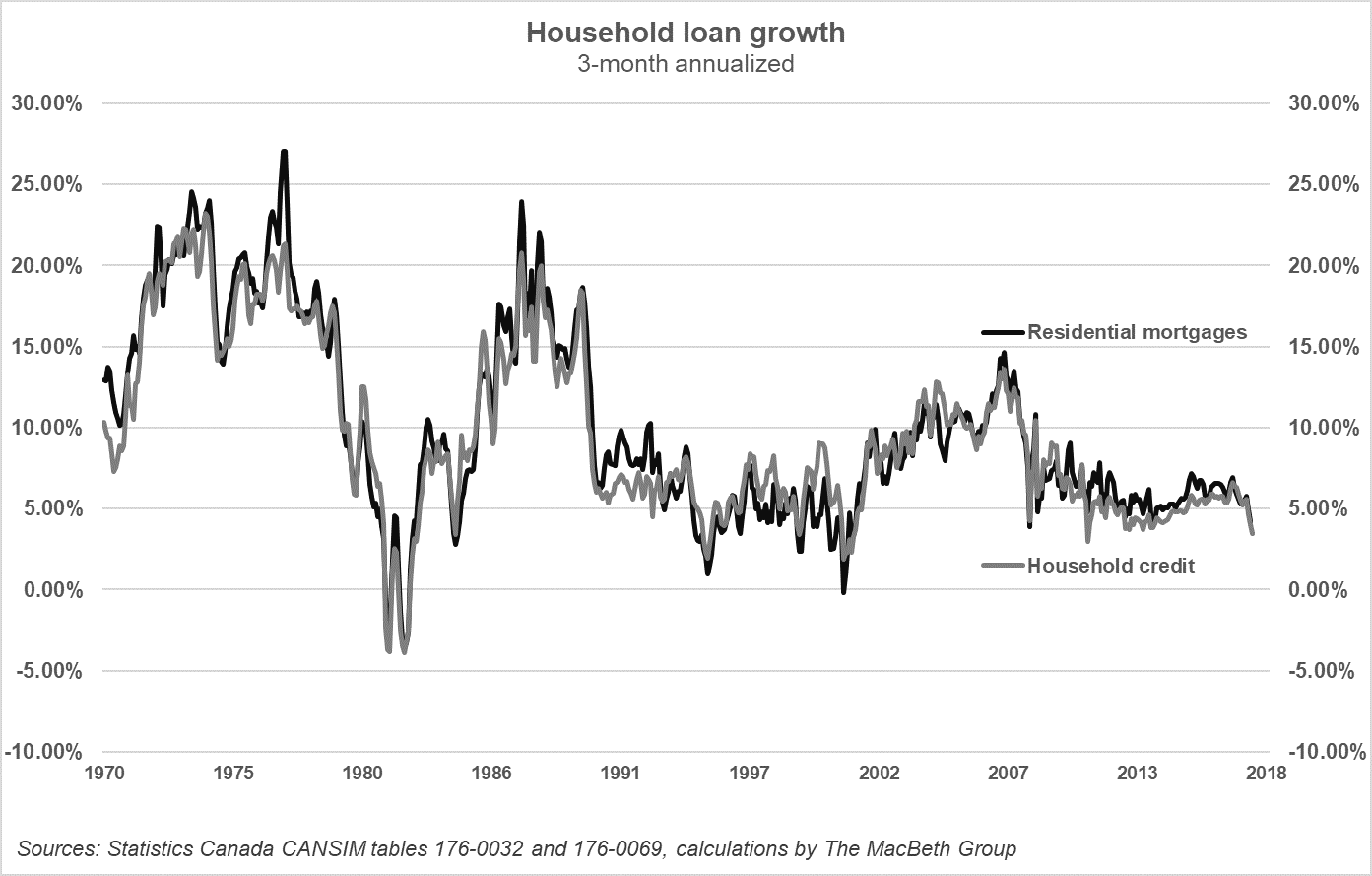 Loan growth went into negative territory on only a couple of occasions. It’s clear that credit slowdowns coincided with periods of recession and setbacks in the housing industry in the 1980s and 1990s. Now that the residential investment segment of the economy is at record high levels and has stayed above 6% of GDP for the last decade, the contraction will be much more serious than the setbacks in the 1980s and 1990s.

And those who lived through the 1980s and 1990s will confirm that those recessions didn’t feel mild. Major corporations like Olympia and York, NuWest and Carma as well as two small Alberta banks and thousands of homeowners went into receivership or bankruptcy due to declining real estate prices and/or excessive debt. Most Canadians knew of neighbours and acquaintances who were unable to pay their debts.

Even a cursory look at the path of home prices shows that the problem today is many times larger than the situation that preceded those previous downturns. 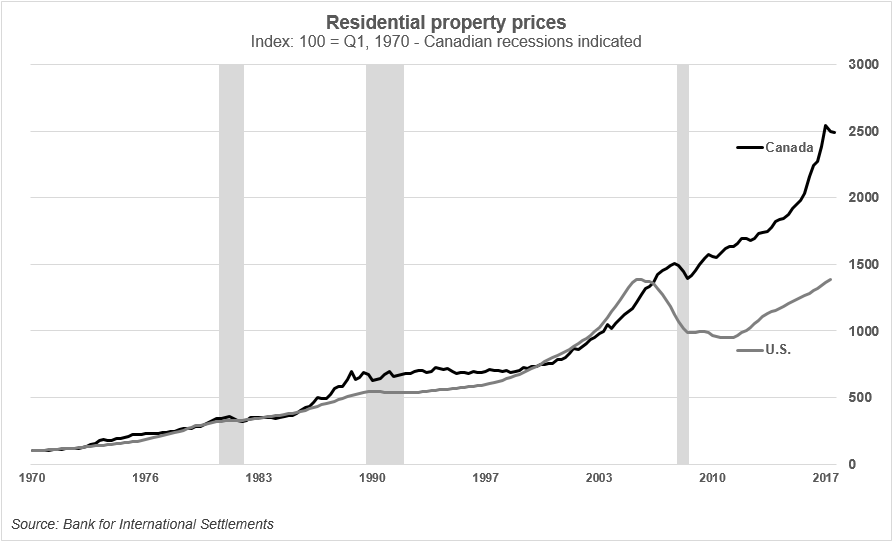 But many people, including homeowners and financial sector executives, seem oblivious to the difficulties that will be experienced when house prices drop, and lending growth slows. For example, the Chief Financial Officer, Riaz Ahmed of TD Bank, said this, as reported in Reuters and The Globe and Mail on Thursday May 24 after another solid earnings report for the period ending April 30:

“I think we’re happy with how this ‘soft landing’ appears to be emerging at the minute. Sales activity is down, and prices are down. The market cooling seems to be working and we’ll hope that it continues to play out that way,” he said.

Perhaps the current slump in the housing market and mortgage lending won’t evolve into something much worse. But, beyond their reassuring statements aimed at shareholders, Canadians should be hoping that Canada’s lenders are preparing for something much more challenging than a “soft landing”.