President Trump is going to impose a tariff on steel and aluminum imports into the U.S., he says.

Trump’s announcement is important because it breaks agreements. These new tariffs are in violation of the NAFTA as well as agreements binding members of the World Trade Organization.

Is Trump bluffing, or is this the start of a trade war? 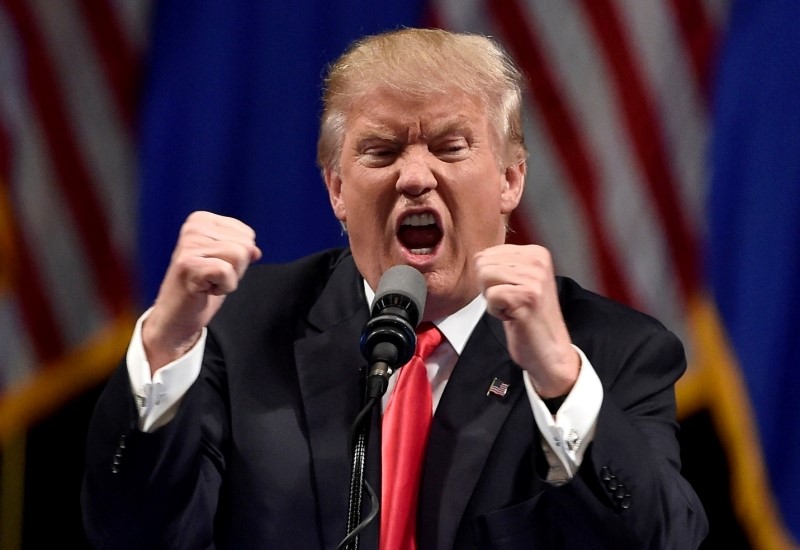 Donald Trump as campaigner constantly complained about trade agreements, suggesting that the U.S. is the loser and others have been taking advantage of his country. He said that he would renegotiate all deals. Trump brags in his The Art of the Deal that he has a special ability to make great deals.

“We have large trade deficits with Mexico and Canada. NAFTA, which is under renegotiation right now, has been a bad deal for U.S.A. Massive relocation of companies and jobs. Tariffs on Steel and Aluminum will only come off if new and fair NAFTA agreement is signed. Also, Canada must treat our farmers better...”

Canada will be hurt because Canada’s exporters provide the largest share of steel (16%) and aluminum (40%) imports. This would cause Canadians in that industry to lose their jobs as production shifts to the U.S. It’s unclear if President Trump knew this before he made his announcement. But he has complained about Canada before, although not on steel or aluminum.

Most economists disagree with the President about trade and the cause of the trade deficit. With protectionism at the core of his “America First” policy the president is assuming that the U.S. can act without triggering retaliation. As President Hoover did when he signed The Smoot-Hawley Tariff Act in 1930, this president is ignoring warnings about the dangers of a trade war.

Canada is dependent on trade, which is close to 40% of GDP, and most of that trade is with the U.S. Most people know that crude oil, natural gas and bitumen are important export commodities as well as softwood lumber. But steel and aluminum are important too: 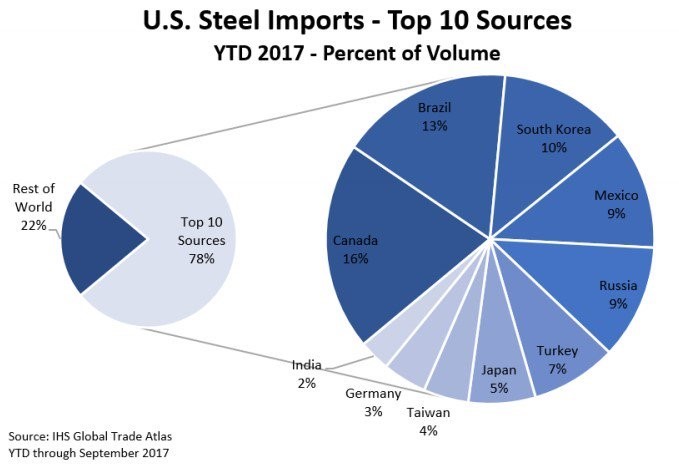 Aluminum uses a lot of power, which is cheap in Ontario and Quebec, so Canada is the leader by far for aluminum: 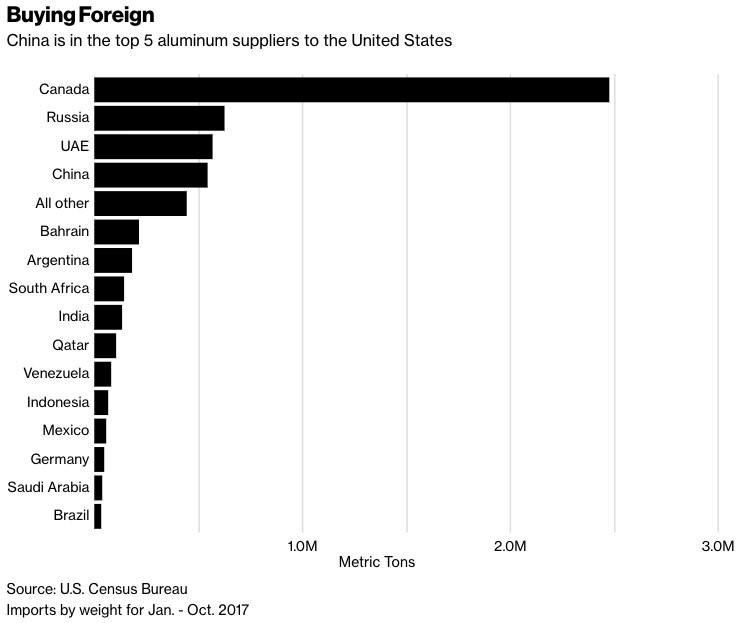 International trade had already been growing more slowly in recent years as people have become skeptical of the benefits of trade agreements. The benefits from China entering the WTO in 2001 are fading. Since Trump’s announcement of new tariffs, the EU has announced they are thinking of retaliatory measures, as steel that was destined for the U.S. from Brazil and South Korea will now flood into the EU and other regions.

Donald Trump loves to surprise people, perhaps to appear to be in control or to divert people’s attention from the Mueller investigation. He will realize that a U.S. President has very little power to act on his own, except in certain areas of war and international relations.

It is impossible to forecast the full impact of his unpredictable moves because it’s hard to know how others will react. But two likely outcomes stand out for Canadian investors.

There is a possibility that Canada (and Mexico) might be exempted from the new tariffs, but that could be temporary depending on NAFTA talks.

Even if the U.S. Congress or the WTO eventually deem the tariffs invalid they have the potential to cause significant harm in the interim.

Canadians should be hoping that someone stops President Trump before he triggers an all-out trade war.