In January 2018 headlines flashed on CNN that “NAFTA negotiations [are] close to falling apart.”

Most people have come to understand that Canada and Mexico could be facing demands by the U.S. that are not acceptable to them, and that the North American Free Trade Agreement (NAFTA) could end. Prime Minister Trudeau has said publicly that Canada is prepared to walk away from a bad deal and it looks like that is what is being offered. President Trump is on record as hating the NAFTA deal.

What would it mean if the NAFTA is cancelled?

As the Canadian prime minister visits the United States for four days and presumably is pushing really hard to save the NAFTA talks, the mood is somber. The probability of saving the agreement is estimated at less than 50 percent.

One of the problems with expecting the U.S. to change course and agree to a new, modified NAFTA is the fact that Americans believe that the end of the NAFTA would have only a slight impact on them. Trade is a small portion of what they do, about 10 percent, and they wouldn’t feel any noticeable change, they believe. But it would be a boost politically for President Trump, at least with the voters that he cares about. 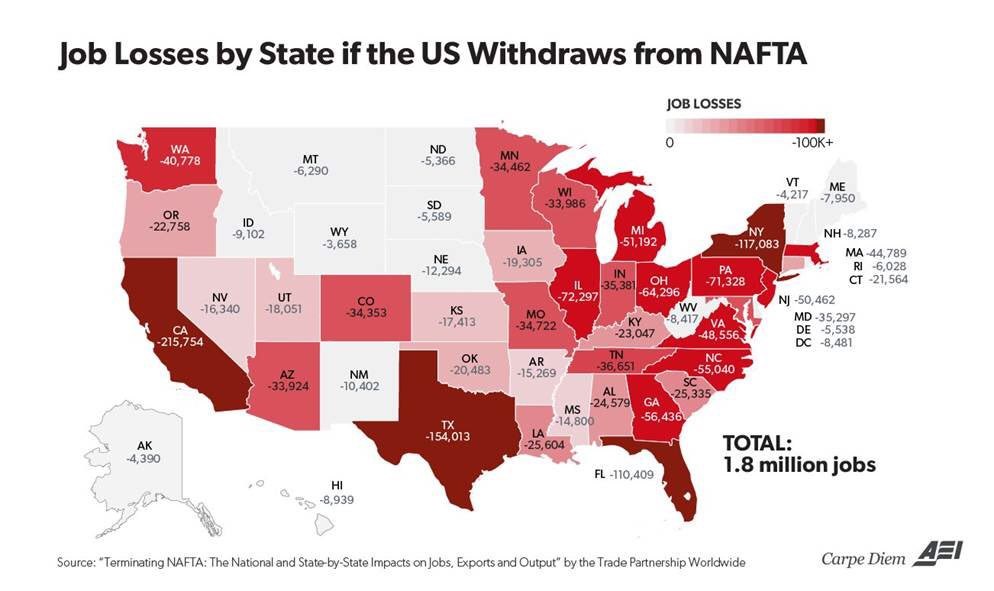 Candidate Trump is remembered for saying about NAFTA that it’s “the worst trade deal maybe ever signed anywhere.”

The average voter in the U.S. is anti-free trade as was shown in the 2016 election when both Trump and H. Clinton used anti-trade language. Trump especially has gained political points by bashing trade agreements like the Trans-Pacific Partnership (TPP) and threatening China with a trade war.

If the NAFTA fails, there are some little-known consequences. One is the so-called “chicken tax” which means that pickup trucks (the most profitable vehicle for U.S. car makers) not made in the U.S. would pay a 25% tax. Canada makes no pickup trucks so U.S.-owned Mexican factories would take the biggest hit. But American buyers of pickup trucks would also suffer by paying much higher prices.

U.S. industry might also be surprised to learn that Mexico could raise tariffs on steel and corn by more than 30 percent and Mexico is the biggest buyer of those two U.S. products.

But maybe the biggest impact of the cancellation of the NAFTA would be symbolic. 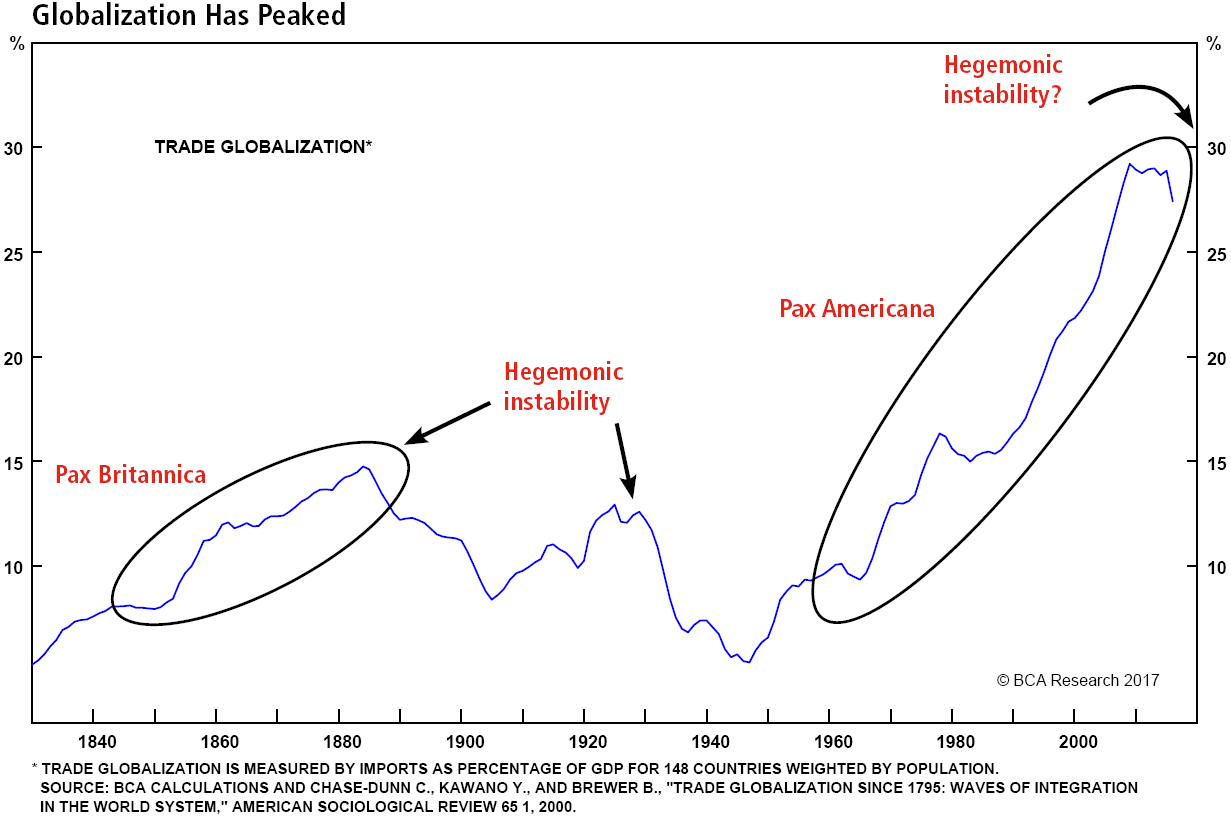 As BCA Research pointed out in a November 2017 article the NAFTA is a leading symbol of the trend to globalism. So the end of the NAFTA probably means the end of that trend also.

There would be other surprises if the NAFTA is canceled. For example, interest rates are rising and if that continues at a gradual pace the economy can adjust. But if interest rates move higher suddenly the uncertainty caused could easily trigger a recession. And the NAFTA issue is a catalyst that could cause the Canadian and Mexican currencies to plummet and that usually means that interest rates will move higher rapidly.

So the bottom line is that there would be serious consequences to the end of the NAFTA. And the biggest worry is that most Americans, probably including their President, are not aware of that.