China’s corporate sector debt bubble is the most extended in the world. Debt in that category has been expanding at an unprecedented pace for more than a decade.

Will China’s government try to reign in debt growth in the near future? Will that result in a significant recession?

As China’s rulers try to keep economic growth above 6 percent they order state-controlled enterprises (SOE) to keep expanding. They also instruct the state-controlled banks, some of the biggest in the world, to keep lending significant amounts of new money to SOEs. The people in charge of those SOEs and banks usually do not hesitate to approve new projects and to provide new credit to companies that are responsible for keeping economic growth moving forward. 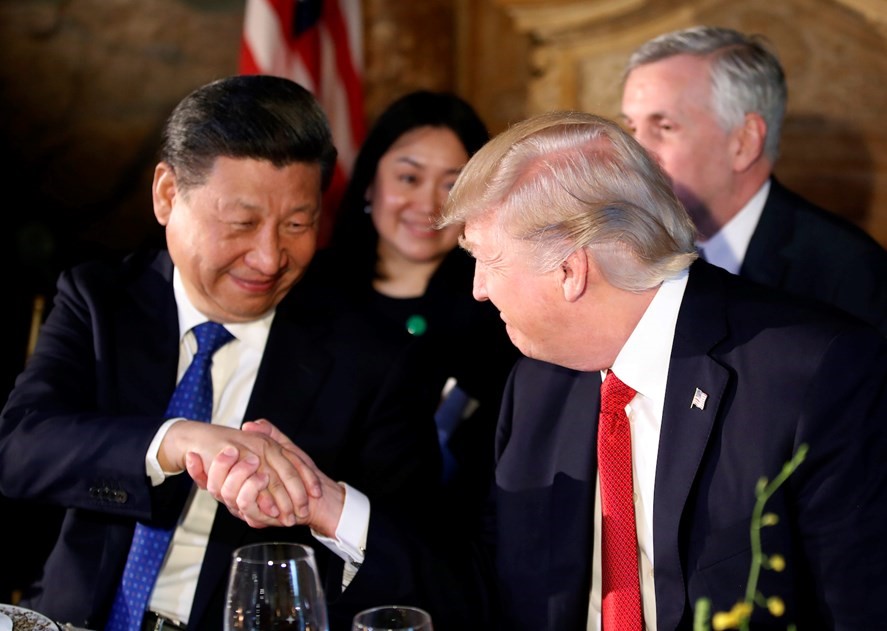 China’s ruler, Xi Jinping has just finished a successful party conference where he consolidated his power base and had his mandate renewed for a second five-year term, which means he is leader until 2022, at least.

As China’s economy is regarded as the second-largest in the world people everywhere hope that the Chinese are able to stick-handle their way through this challenging period by slowing the rate of growth in debt without crashing the economy. It is an adjustment fraught with danger since few countries have been able to accomplish this without a period of negative growth and a recession. For example in the U.S. during 2007-2010, credit growth contracted by about 2 percent for a couple of years. And we saw what mayhem even that small contraction in credit caused.

China’s credit to the non-financial private sector is 210 percent of GDP, compared to Canada at 218 percent. But the absolute number, as high as it is, is not the most surprising aspect of this debt bubble. The rapidity of the growth is the part that is most concerning. China’s total debt in this category has quadrupled in just nine years, from 40 trillion Renminbi to 160 trillion. 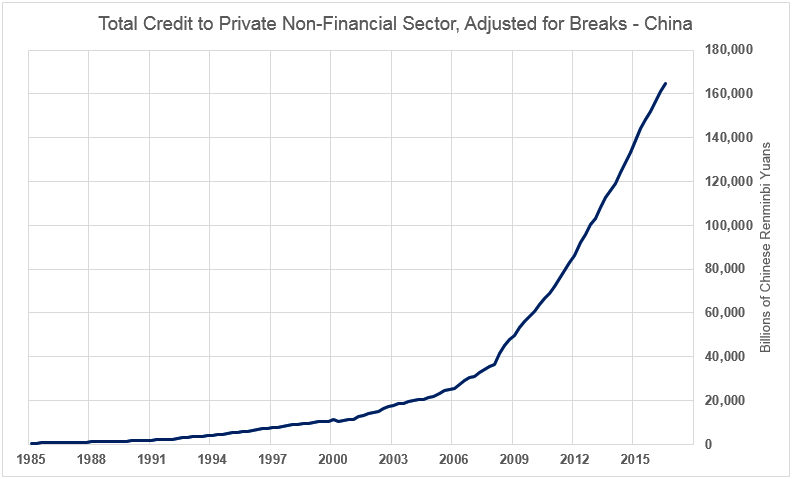 And in spite of adding that much debt Chinese GDP growth continued to slow, growing now at about 6 percent compared to 14 percent in 2007. They are not getting as much stimulus as they used to from all that debt financing.

Xi was not in charge in 2009, having reached the top job in 2013. But he was involved with the previous leadership in deciding to use the SOEs and rapid debt expansion to accomplish their GDP growth goals.

According to a June 2017 article in Foreign Affairs by E. Campanella, Beijing’s Debt Dilemma:

The International Monetary Fund (IMF) suggests that only a combination of writing off debts combined with the recapitalization of the banks that are most closely connected to the SOEs (probably most of the big banks) will allow the Chinese economy and financial system to get back on track.

Since it’s extremely unlikely that China’s leaders would take such drastic action now in the absence of a crisis we can expect that this rapid debt growth will continue for a while longer.

But eventually it’s very likely that there will be a financial and political crisis in China caused by the bursting of this debt bubble.