The Canadian regulator of the largest financial institutions, called OSFI (Office of the Superintendent of Financial Institutions), tightened the rules again on mortgage lending this week.

On Monday, Superintendent Jeremy Rudin announced new measures designed to close a gap in the rules on qualifying for mortgages to buy housing.

Will this latest move be the final straw that triggers a correction in Canadian house prices?

The Canadian housing market’s been on a tear for almost twenty years. Prices have tripled since 2000.

Easy credit conditions have been feeding fuel to the fire. 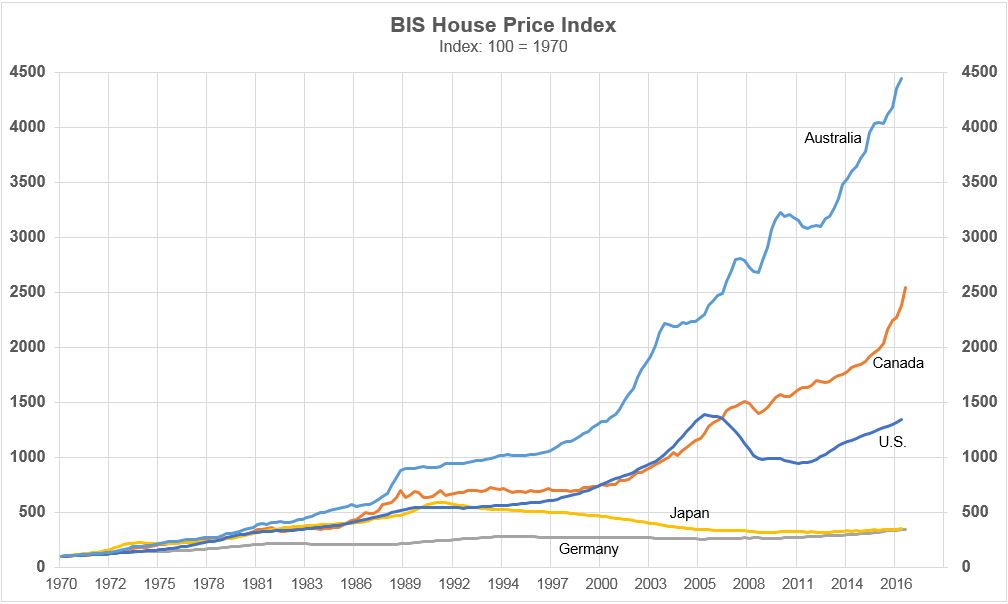 In an October 3 speech regulator-in-chief Rudin issued a clear warning to aggressive lenders:

“We clearly see the potential risks caused by high household indebtedness across Canada, and by high real estate prices in some markets. We are not waiting to see those risks crystalize in rising arrears and defaults before we act.”

Some would argue that eight or ten years ago would have been a better time to do this, but better late than never.

This will hurt because uninsured mortgages year-to-date have been soaring at a 17.3 per cent rate of growth, while insured mortgages have declined by 4.5 per cent. People were getting the minimum 20 per cent down payment in order to avoid the much stricter qualification rules for insured mortgages. This latest change equalizes the rules for both types.

By most estimates people will qualify for about twenty per cent less borrowing. So that $500,000 mortgage approval becomes a maximum of $400,000.

Prior to these and other tightening moves, the most frequently mentioned threats to the housing bubble were higher interest rates or a recession. But now there is a third possibility that could be the catalyst to start a housing downturn. A significant change in the rules restricting the amount of credit the lenders, mostly banks, can offer to prospective home buyers might just burst the bubble.

For several years governments have tried to slow the housing boom with small tightening moves, but they had little impact as home prices continued to march higher. This lack of impact came partly from the fact that lenders could usually find a way around the rules to qualify people into larger and larger mortgages.

But this week’s announcement is designed to close one of the last remaining loopholes.

Starting right away, or January 1 2018 at the latest, borrowers will have to qualify for a loan on tighter conditions than before. The surge in volume of uninsured mortgages will probably come to an abrupt halt.

As mortgage expert Rob McLister said in the Globe and Mail on Tuesday:

“In the medium term — other things equal — this is bearish for Canadian home prices.”

Will this force young people to remain as renters or holed up in parents’ basements? It might because now it won’t be good enough just to get a bigger down payment, perhaps from Mom and Dad. Now the prospective buyer will need the incomes that means they have a good chance of paying back the loan at much higher rates. Working at Starbucks just won’t be good enough.

We won’t know for a few months what the impact will be but these rules changes could be the start of bringing some sanity to the manic ride that has been the Canadian residential real estate market.

More affordable housing could be just around the corner.