Professor Richard Thaler, of Chicago, won the “Sveriges Riksbanks Prize in Economics in Memory of Alfred Nobel” for work on behavioral economics.

This award was controversial because many economists believe that psychological research is outside of mainstream economics.

Why would that be controversial? 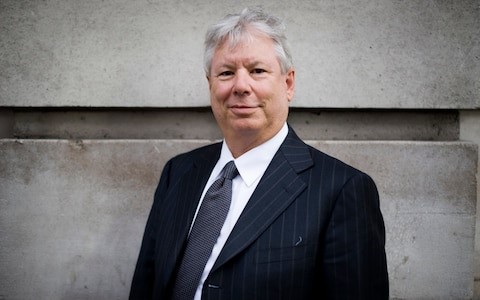 Mainstream economics assumes that every economic agent has certain attributes that are far from human. For example, the rational agent acts rationally, has perfect knowledge of the future, acts selfishly, lives forever, never has to repay loans, never spends more than he can afford and so on. This approach is called “rational expectations”.

As one of my colleagues said in graduate school, “an economist is someone who has never met a human being but has had one described to him.” At that time, in the early 1970s, I didn’t fully appreciate the wisdom of that quip. Now I’m amazed at how very unrealistic assumptions of human behaviour take economic modelling far away from reality. So it’s refreshing to see the Nobel Prize awarded to someone from outside of that paradigm.

Thaler, like Daniel Kahneman and Robert Shiller who won that Prize previously, chose to observe humans and their decision-making directly, rather than imagining what a human would do given certain assumptions.

Thaler said that his most important contribution to economics “was the recognition that economic agents are human, and that economic models have to incorporate that.”

Many will be surprised, even shocked, to learn that economists don’t incorporate unpredictable, irrational humans into their models.

Thaler found that humans make mistakes, act irrationally, and can be influenced to do the right thing more often by simple “nudges”. His 2008 book, called Nudge: Improving Decisions about Health, Wealth and Happiness and written with co-author Cass Sunstein, examines ways that humans can alter their behaviour to get better financial outcomes.

People can be “nudged” to make a better choice. One simple example is the “opt-in, opt-out” choice. If people are asked to enroll in a pension plan early in their working career, many don’t bother. But if people are told they will be enrolled automatically, UNLESS THEY DECIDE TO OPT-OUT, a much larger number will be enrolled and, years later at retirement, those people are will be better off.

If economists were right about rational economic agents why do people have insufficient savings? Why do they fail to pay off credit cards monthly or incur late payment penalties or pay 18 per cent interest? Why do payday loan companies exist? Why do people fail to plan for retirement? Why do people buy overpriced real estate during a housing bubble? Why do people day-trade the stock market?

One reason that mainstream (Neoclassical) economics doesn’t allow for irrational human behaviour is that economists have a desire to achieve one stable equilibrium in their models of the economy. They also prefer to have an elegant mathematical solution for each model. If humans don’t behave like robots both of those goals become difficult or impossible.

So don’t expect Thaler’s award to change economics to something that is more realistic and useful in today’s bubble-ridden, unpredictable reality.

It will take a lot more than one scientist to force that change.

After the Global Financial Crisis I thought the resulting damage would force policy makers to demand a more realistic model of economics that is useful in preventing future crises. But that didn’t happen yet.

Economists are not ready to scrap unrealistic economic models but Thaler’s award could be a small step in the right direction.