The Federal Reserve announced the end of QE

Another meeting of the Federal Reserve Open Market Committee was held this week.

At the end of the meeting the Fed announced that they will begin to taper their ownership of securities held on their massive balance sheet, meaning that the monetary base will shrink.

How will this affect bond markets and interest rates? 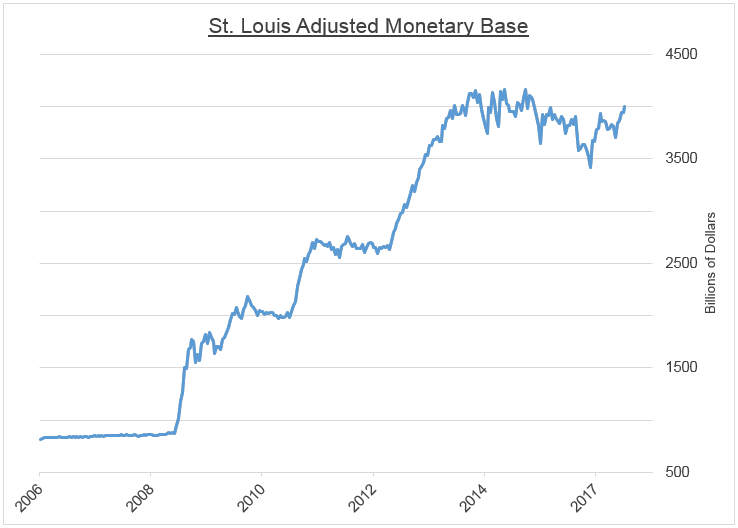 The base money, which is mostly securities owned by the Fed, ballooned to more than $4 Trillion in 2014, from a much lower level of $800 billion in 2008. A five-fold increase in six years. This expansion came to be known as Quantitative Easing (QE), although the Fed prefers to call it “large scale asset purchases”.

It was certainly large, and now it is coming to an end. Will it have an impact on the economy, interest rates, the housing market or the stock market? To answer that we must go back to the beginning.

QE started in late 2008 with a purchase of $600 billion of mortgage-backed securities. At that time there was panic in the air, as Lehman Brothers had failed and AIG would have failed without government support. Credit markets, including mortgage-back securities, were completely frozen.

To encourage the banks to start lending again the Fed decided to start buying mortgages and mortgage securities, initially the ones issued by Fannie Mae and Freddie Mac. This was unconventional monetary policy and had never been attempted before.

The purpose of the program was to support the economy and there’s a debate as to how much impact QE had on the real economy. But now the QE policy is coming to an end.

Since the Fed has raised its rate twice this year, and is signaling that it will do more increases, possibly in December, the market is holding its breath and waiting to see what will be the impact of this historic turning point.

One Fed member said that the end of QE will be a non-event, about as boring as “watching paint dry”. But that’s not what happened in 2013, the last time the Fed made such a big change in policy.

In June 2013, when the first attempt to slow down QE was announced, the bond market had a meltdown, which came to be known as the “taper tantrum”. At that time all the Fed announced was that they would buy less securities going forward.

The market pushed rates a lot higher after that QE taper announcement, from 1.5 per cent on the 10-year bond to 3.0 per cent over a six month period. 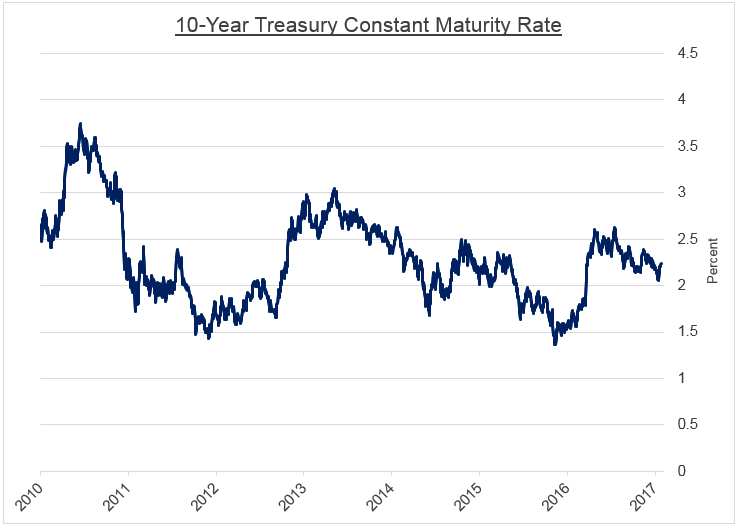 So rates doubled, albeit from a very low base. Fed officials would say that the 2013 event showed that the Fed failed to prepare the market, catching it by surprise.

Today market rates are higher than in 2013. Yields are currently about 2.27 per cent on the 10-year Treasury. But if the economy is as strong as the Fed says it is, 10-year rates as high as 3-3.5 per cent would be normal, if not 4 per cent.

The bond market will decide how high rates go, not the Fed. The Fed indicated more rate hikes of the Fed Funds rate are coming, as many as four in the next 15 months. But that’s only short term rates, currently in a range of 1.0 to 1.25.

Once the Fed abandons QE, the bond market will regain control over longer term rates from the Fed.

The actions of the Treasury department in selling all those bonds to real buyers in the market, the volatile political environment in Washington and the strength of the global economic recovery will determine the extent of the reaction in the bond market to this week’s announcement.

It’s largely out of the Fed’s hands now.